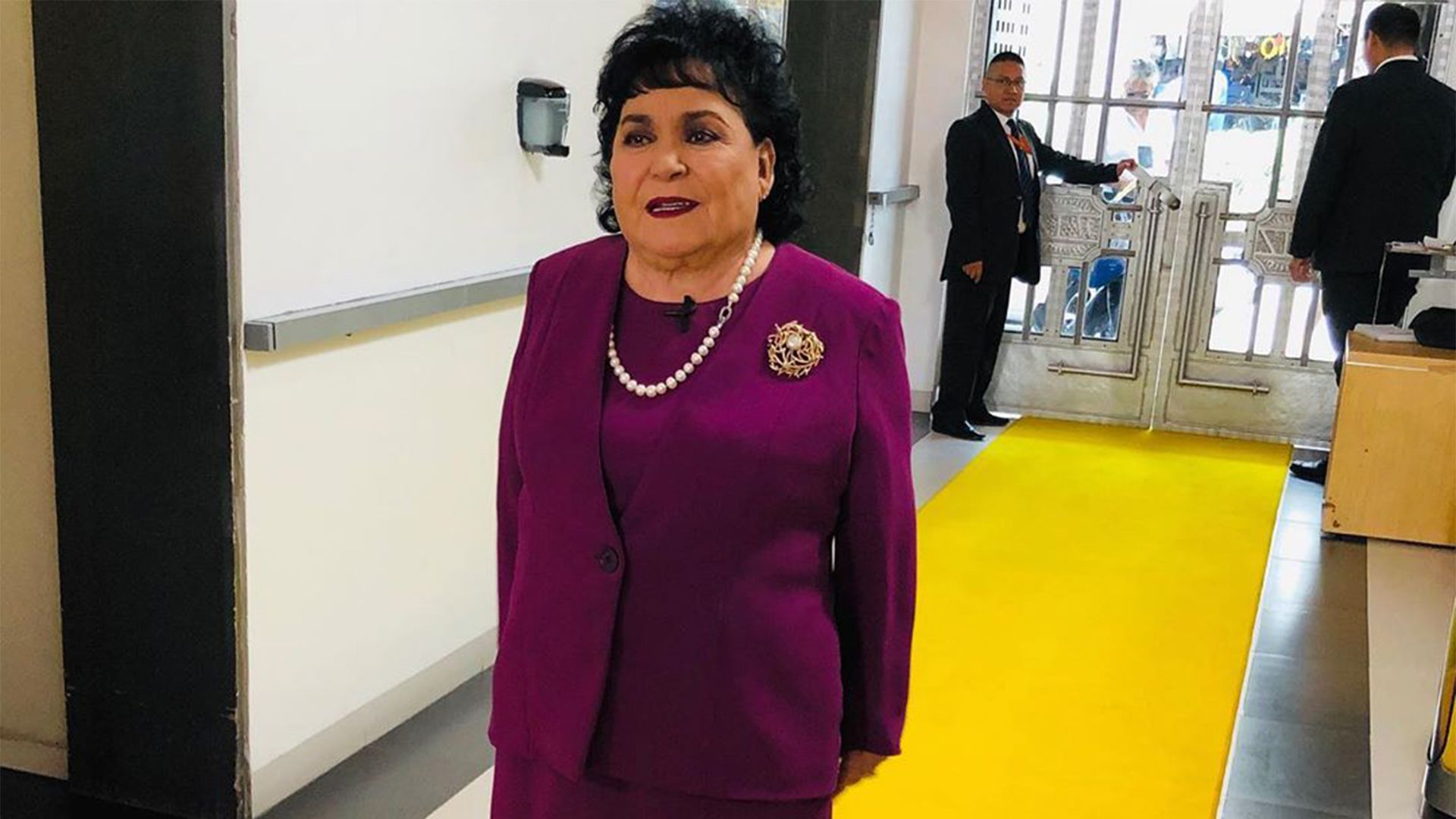 The health problems of Carmen Salinas placeholder image, Mexican actress, have mobilized a large part of the acting community in the country, either in the form of words of encouragement, aid in kind or even financial proposals.

It was through his nephew, Gustavo Briones, that the newspaper The universal confirmed that Eugenio Derbez has been in direct communication with the actress’s family.

In this context, he assured that he made himself fully available to whoever is in charge of his medical decisions, in order to contribute whatever is offered during recovery of Carmelita.

“I explained to him how things are and he told me: ‘I am at your service,'” Briones said in an interview.

In addition, he denied that the actor, producer and comedian proposed that he move in private plane to Carmen Salinas until a hospital in the United States to continue your recovery, or seek an extra opinion.

Her family indicated that at the moment they have no plans to transfer her to another hospital, so will stay the necessary time in Mexico City, where it remains since its entry.

However, they announced that in effect, they have received proposals to move her wherever they wish, they would even have offered the director of the Institute of Neurology to receive it at their clinical facilities.

“We explained that the doctors said that there is no reason to move her, she is perfectly well cared for and with what is necessary,” said her granddaughter.

The one who is providing financial support is the National Association of Actors (ANDA), who support the family in that context, and they added that there is no kind of monetary collection, nor do they need anyone’s money, so it will be necessary to be wary of the notices that may appear on apocryphal internet pages or social networks.

“From the family we are not asking for anything absolutely more than prayers,” he told El Universal.

However, Eugenio Derbez has kept his support for Carmelita Salinas in absolute secrecy, as he has not published anything even through his official social networks on Twitter or Instagram.

They deny the death of Carmen Salinas

After the wave of speculation that was unleashed by the sudden emergency hospitalization of Carmen Salinas placeholder image, this morning his family spoke on social networks about it and denied the rumors about his supposed deathThis after a priest visited her in her hospital room in the last hours.

From the official Twitter account of Carmen Salinas, her relatives published a brief statement in which they thanked the expressions of affection they have received in recent days due to the complicated state of health faced by the actress.

In addition, they took advantage of the space to clarify that until this Tuesday, November 16, the Coahuilense is fighting for her life, contrary to what is rumored on the internet, since there were those who They claimed that the actress had already passed away, which is a lie.

“We reiterate that, so far, she remains in a natural coma. We deny any information about his death and let them know that the family or loved ones are asking for money in any way”The statement reads.

It was approximately at 10:00 p.m. on Wednesday, November 10, when Salinas passed out, without explanation, while resting at home. It is known that the actress had returned from a work call and had dinner.

From that moment until this Tuesday, November 16, the actress remains in a natural coma derived from a stroke that she had in the area of ​​the stem of said organ. Carmelita Salinas continues to be hospitalized at the StarMédica hospital, where the Mexican star Rossy Mendoza is also hospitalized.