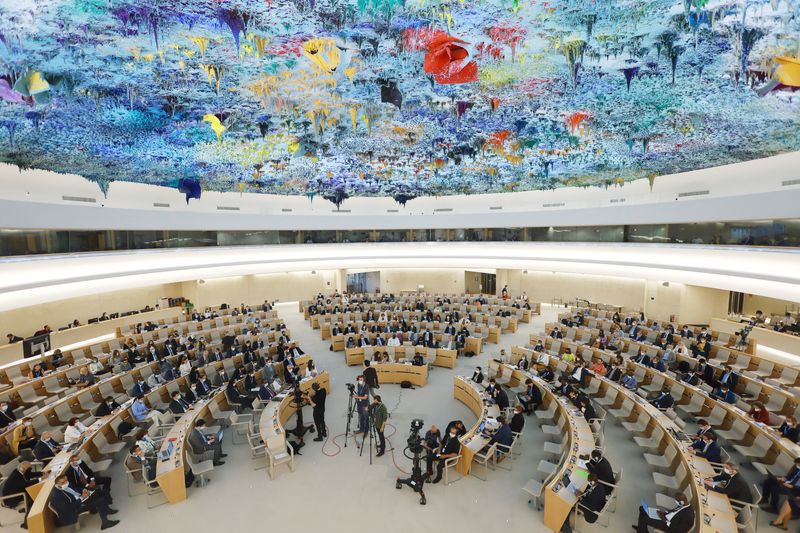 China is exerting increasing influence on the vote of African countries in the United Nations Human Rights Council.something that could harm its role as a defender of international law, experts warned today when presenting a report on Africa‘s participation in that body.

Those countries “increasingly support resolutions led by China (…) that are problematic because their objective is to weaken the human rights framework”, highlighted one of the experts, Nicholas Agostini, representative to the UN of the NGO DefendDefenders and author of the report.

The study reveals that African countries, which represent more than 25% of the members of the Human Rights Council (13 delegations out of 47) tend to abstain on resolutions targeting human rights abuses in a given country, but are increasingly voting against them.

This was especially notable last year, when the United Nations Council voted overwhelmingly against a resolution to renew the mandate of UN observers in Yemen, the first time that a text of this type has failed in 16 years of operation. of this organization in Geneva.

“The countries of Africa were decisive in this defeat of the resolution”valued Agostini, who stressed, however, that on that occasion the pressure to vote against did not come from China, but from “contacts of Saudi Arabia and the United Arab Emirates at the highest level in African capitals.”

The support for China can be seen in the increasing interventions of the African delegates praising Beijing, or in the aforementioned support for resolutions of that country with a general theme but whose main message between the lines is that the economic development of the countries has priority over human rights. humans.

According to the executive director of DefendDefenders Hassan Shire, who also presented the report, the pressure from China rests on “the massive amount of money donated to those African countries, which are in a ‘debt trap’ with which Beijing asks them to to take their side in New York and Geneva.”

In the current session of the Human Rights Council, which is being held a few weeks after the United Nations has published a report that is highly critical of the abuses committed by the Chinese authorities in the Xinjiang region, this influence could be noted in the absence of a resolution about this theme.

“With African countries accounting for a quarter of the vote, Western countries hesitate to introduce a resolution on China before the possibility that it will be defeated like that of Yemen last year”, analyzed Agostini.

The change in trend of the African countries, traditionally abstentionist in the resolutions on certain countries, could end the traditional balance of the Council.

Currently, it is usually the Western countries that present these resolutions, sometimes counting on the support of the Latin American bloc (with the exception of Venezuela, Cuba or Bolivia, regular members).

China, Russia or Egypt, in numerical inferiority, usually oppose these texts, so all of them (except the aforementioned Yemen) end up being approved, but with Africa on their “side” everything could change in the coming years.

Another important resolution that could be voted on in the current Council, promoted by the EU, aims to create a United Nations rapporteur to analyze the human rights situation in Russia, a project that DefendDefenders experts believe could be adopted as Africa is still remains neutral about it.

“The promoters calculate that many African countries will abstain,” Agostini analyzed before the draft resolution, not yet made official by the Human Rights Council.