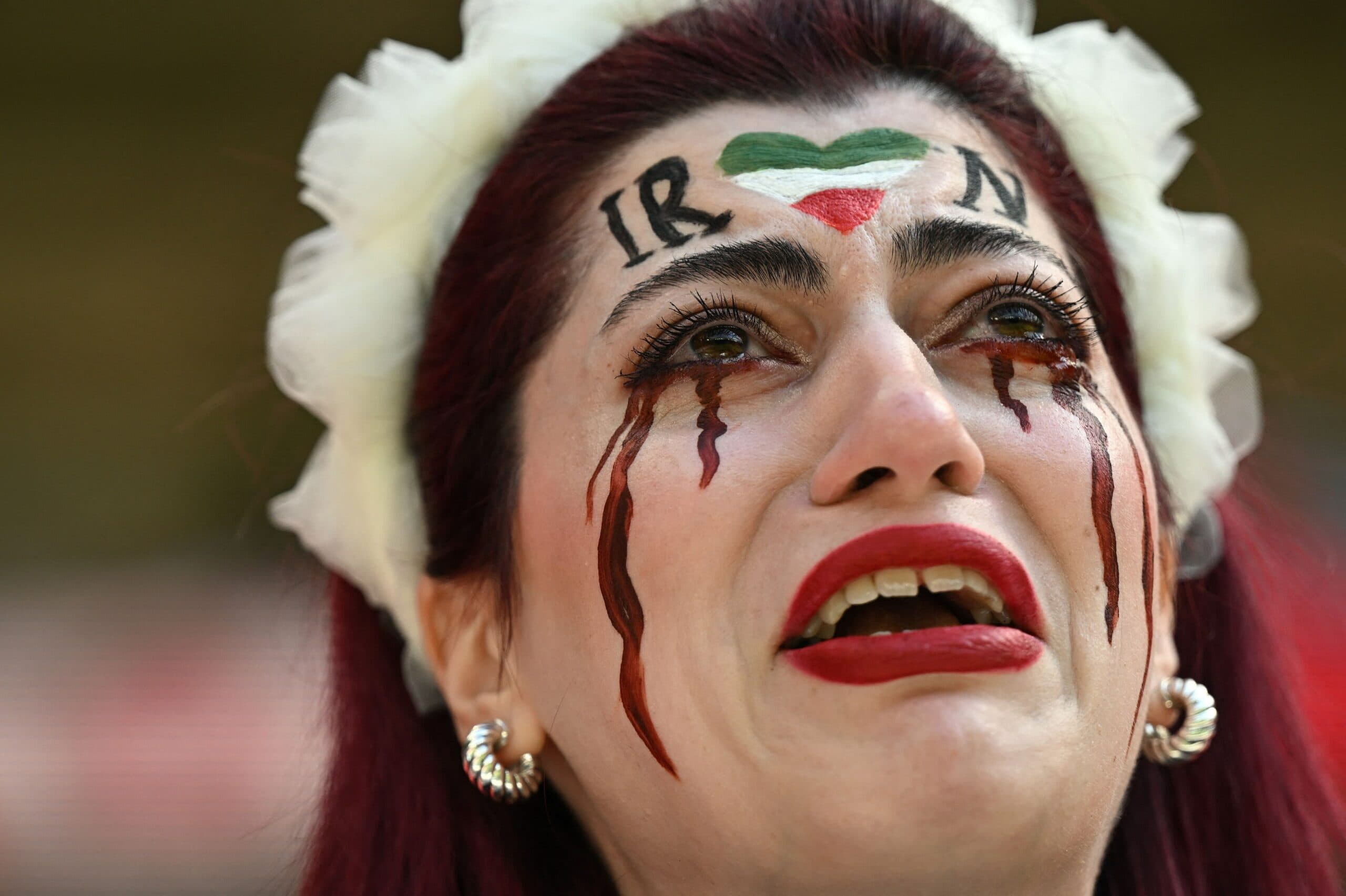 AL RAYYAN, Qatar – Iranian political turmoil also cast a shadow over the second party of Iran on the world Cup on Friday, with pro-government fans harassing the anti-government outside the stadium in Qatar.

Unlike in his first match against Englandthe players of Iran they sang their national anthem before the match against Welsh while some fans present in the stadium cried.

Small mobs of men angrily chanted “The Islamic Republic of Iran” against women giving interviews about the protests to foreign media outside the stadium.

It may interest you: Iran’s players did not sing the anthem in the match against England in support of anti-regime protests

Screaming matches broke out outside the security checkpoint between fans chanting “Woman, Life, Freedom” and others who responded with “The Islamic Republic”.

Many female fans were visibly shocked when the Iranian government supporters surrounded them with national flags and filmed them with their phones.

A 35-year-old woman named Maryamwho like other Iranian fans refused to give his last name for fear of reprisals from the government, began to cry when men yelling and honking their horns surrounded her and filmed her face up close. She had painted on her face the words “Woman Life Freedom”.

another woman named vanya21 years old, who lives in Qatarsaid she was terrified of going back to Iran after what he experienced on Friday outside the stadium. “I really fear for my safety here“, said.

A group of fans wearing caps with the name of the former Iranian footballer voria ghaforiarrested on Thursday in IranThey said their caps had been stolen by government supporters.

“It is clear that the party has become very politicized this week. You can see people from the same country who hate each other“, said Mustafa, a 40-year-old Iranian fan. “I think that the three arrests of Voria have also affected Iranian society a lot.”

Some fans claimed that stadium security removed items with messages in support of the protest movement.

ayeh shamsof USAwho attended the match with her brother, said security guards confiscated her flag because it had the word “women” on it.

“We are first generation Americans. Our parents were born in Iran. We are only here to enjoy the matches and give a platform to the Iranian people who are fighting against the Islamic regime,” Shams said.

Some anti-government fans waved signs in support of the protest movement at the first match of Iran against England earlier this week. Before that match Iran’s players remained silent as their national anthem played. On Friday, they sang it.

The riots in Iran were spurred on by the death, on September 16, of Mahsa Amini, 22, in the custody of the country’s morality police. At first she focused on him. hijabor headscarf, mandatory for women, but has since become one of the most serious threats to the islamic republic since the chaotic years after its founding.