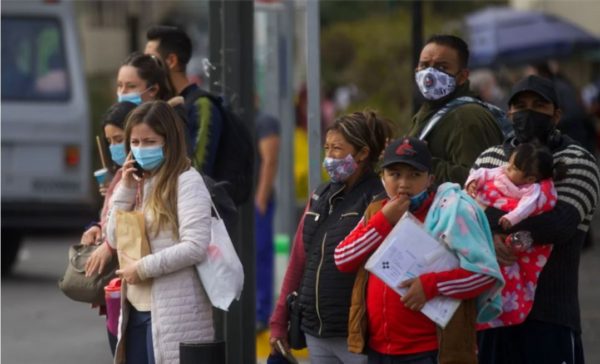 The doctor María Neira, Director of Public Health and Environment of the World Health Organization (WHO), highlighted that one of the most important teachings of the pandemic from Covid-19 looking to the future is the need to value the concept ‘One Health’, that is, the interrelation between human health, animal health and environmental health. “The mitigation of climate change it is the mitigation of many sources of virus transmission ”, he highlighted.

This is how the expert has expressed herself in the closing of the World Pandemics Forum, which was held last Friday and Saturday in Ifema Madrid with the aim of discussing preparation for future pandemics, and with the participation of the scientific community, representatives of public health, epidemiology, research, vaccinology, and senior officials from the business and pharmaceutical industries.

“A global perspective or vision has never been so fundamental. The Enviromental health will protect us not only from virus, but, by allowing us to go to the causes of these, a broader health will be generated, which will contribute to reduce many other risks, in addition to the viruses and bacteria themselves “, Neira has expressed.

In this sense, the expert has provided a series of prescriptions, on behalf of the WHO, “for a healthy, green and fair recovery, and to be better prepared to respond better to a virus, to go to the source of what we it can make a society more fragile ”, he described.

Thus, the first indication is that, at a time when countries are recovering economically, it is necessary to make an investment “thinking about the science and in health prevention ”. One of these investments in health, Neira continued, “has to be protecting universal health coverage”, since, as he recalled, “many countries still do not have it.”

In addition, this “Green recovery” has to happen ” for going to the sources of what is happening, always thinking about human interaction and animal health “, according to Neira. Thus, he has insisted on the importance of establishing a more sophisticated epidemiological surveillance, but “Seeing also what are the causes that have caused the rupture between the human species and the animal species.” These causes, he continued, “go through the destruction of ecosystems“.

“This absurd struggle between human beings and nature has to end. The deforestation it is what has made animals find a gateway to come into contact with humans. Furthermore, global warming has also favored the proliferation of vector-borne diseases, such as malaria ”, lamented Neira.

Polluted cities, the best scenario to spread the virus

On the other hand, he has highlighted the role of cities in the fight against future pandemics. “The urban policies that we have now do not respond to the needs of humans, but to those of cars,” he warned, adding that polluted cities, which also exceed 10 million inhabitants, are “the best scenario for the spread of viruses.”

Thus, the doctor maintains that the solution lies in “resizing cities”, and that these are set as an objective that their citizens can “Breathe cleaner air, without so many cars.” Precisely in relation to this, the director of Public Health and Environment of the WHO has pointed out another problem, energy and the burning of fossil fuels.

“If we continue burning fossil fuels, we are going to continue polluting air, and that air ends up in our lungs“, The WHO expert recalled, to add that this pollution makes, in cities, these lungs are more vulnerable to respiratory viruses. “This causes a development of severe forms of respiratory diseases, precisely because the lungs are affected,” he reasoned.

Therefore, for the expert, fight against the causes of global warming “It can have huge benefits for health” and, in turn, “for the economy.” In this regard, he recalled the high hospital costs of diseases caused by exposure to pollution caused by fossil fuels.

In this same sense, the president of the Spanish Association of Vaccination and Head of Epidemiology of the Canary Islands Health Service, Amós García. “We must begin to reflect on the importance of the concept ‘One Health’, that is, on the balance between the 3 health (animal, environmental and human) to work against the development of these pandemics ”, he added.

“We are at a time that has to be a fundamental turning point, that invites us to move forward, and for this we have to understand that issues such as global warming they are key to future development. This pandemic has to be the beginning of change ”, he stressed.

An intranasal vaccine is left over: “It will take a while to get to the end”

On the other hand, the doctor Luis Enjuanes, virologist of the Higher Council for Scientific Research (CSIC) and director of the Coronavirus Laboratory of the National Center for Biotechnology, recalled, regarding the vaccine intranasal against Covid-19 that he is developing in his laboratory, which is still in the research phase. “It will take us a little while to get to the end,” he stressed.

Thus, it has emphasized the advantages of its vaccine compared to those that are being inoculated today. “Right now, none of them are perfect. However, with the experience we had, we have made a candidate that can have great advantages: it expresses not one protein, but three, it amplifies the dose of the antigen and, being intranasal, it is super effective “, the CSIC researcher added.

However, he recalled that the procedure “is not easy” because “regulatory agencies are very demanding and careful.” “They are always concerned that, with intranasal administration, the blood-brain barrier may be crossed,” he explained.

Thus, he has commented that the intramuscular versions of the vaccine, that is, those that are currently administered, work, “But they still need to be improved.” “They require two doses and, despite that, you can still get infected, amplify the virus and transmit it to another person”, has argued. However, he has expressed a message of tranquility, since, in case of infection after the vaccine, “the pathology caused by the virus is very mild.”