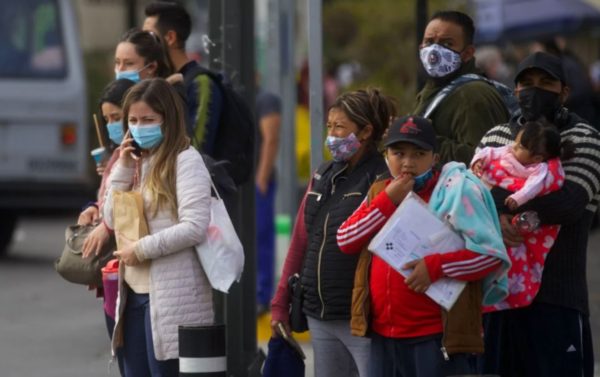 The WHO representative urged the population to address this health problem unilaterally: animal, environmental and human.

The Dr. Maria Neira, Director of Public Health and Environment of the World Health Organization (who), has highlighted that one of the most important teachings of the Covid-19 pandemic looking to the future is the need to value the concept ‘One Health’, that is, the interrelation between human health, animal health and environmental health. “The mitigation of climate change is the mitigation of many sources of virus transmission,” he stressed.

This is how the expert has expressed herself in the closing of the World Pandemics Forum, which was held last Friday and Saturday in Ifema Madrid with the aim of discussing the preparation for future pandemics, and with the participation of the scientific community, representatives of public health, epidemiology, research, vaccinology, and senior positions in the business and pharmaceutical industry.

“A global perspective or vision has never been so fundamental. The Enviromental health will protect us not only from virus, but, by allowing us to go to the causes of these, a broader health, which will help reduce many other risks, in addition to the viruses and bacteria themselves ”, said Neira.

In this sense, the expert has provided a series of prescriptions, on behalf of the WHO, “for a healthy, green and fair recovery, and to be better prepared to respond better to a virus, to go to the source of what it can do to us more fragile as a society ”, he described.

Thus, the first indication is that, at times when countries are recovering economically, it is necessary that a investment “Thinking about science and health prevention”.

One of those investments in health, Neira continued, “has to be protecting universal health coverage ”, since, as he recalled,“ many countries still do not have it ”.

In addition, this “green recovery” has to happen “by going to the sources of what is happening, always thinking about the human interaction and in the animal health“, According to Neira.

Thus, he has insisted on the importance of establishing a surveillance epidemiological more sophisticated, but “also seeing what are the causes that have caused the rupture between the human species and the animal species.” These causes, he continued, “go through the destruction of ecosystems ”.

“This absurd struggle between human beings and nature has to end. The deforestation it is what has made animals find a gateway to come into contact with humans.

In addition, the global warming has also favored the proliferation of diseases transmitted by vectors, as is the case with malaria ”, lamented Neira.