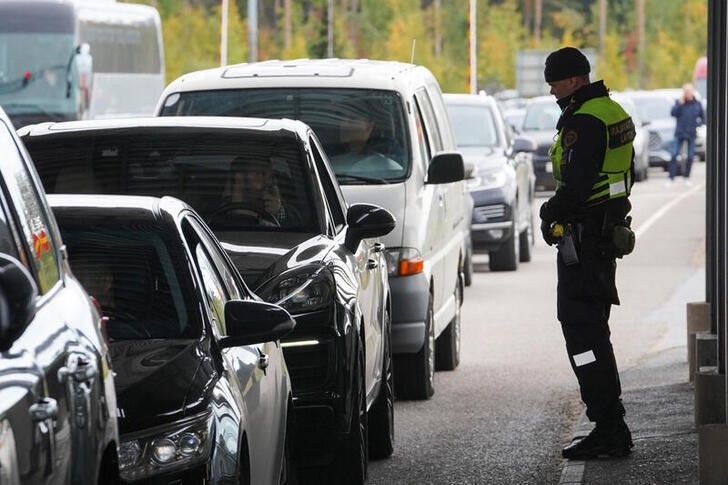 Finland announced today that It will totally block the entry of Russian tourists to its territory, regardless of whether they have a visa. The decision responds to the fact that they can cause “serious damage to the international position” of the country.

The measure, which was agreed this Friday, will start to apply “as soon as possible”as announced by the Finnish president Sauli Niinisto after reaching an agreement with the Government’s Foreign Affairs and Security Committee. Both parties sought a solution to the increasing arrival of Russian citizens after the decree announced this week that provides for the mobilization to fight in the war in Ukraine.

Thus, it is expected that the new restrictions start to apply from next weekonce the technical and legal preparation of the measure is completed.

However, this veto It will not affect those Russian citizens who arrive in the country for family, work, study or humanitarian reasons.assured the head of Finnish diplomacy.

With this decision, the country joins the three Baltic republics (Estonia, Latvia and Lithuania) Already Poland where, since last Monday, style measures apply after warning that the migration of Russian tourists could become a risk factor for national security.

Many citizens have chosen to flee to Finland since it is the country that shares with Russia the longest border in the European Union (EU), this being 1,340 kilometers. Likewise, it is the only community country bordering the Kremlin that, until now, accepted the entry of these citizens with a visa issued both by its own consular services and by those of any other country in the Schengen area.

Just since Vladimir Putin’s announcement came out this week, the number of migrants from one country to the other doubled. As of today morning, there were already 6,470 people on the move, according to the Border Guard.

Some time ago, the Finnish authorities had tried to get the European Union to prohibit the granting of visas for tourism to the Russian population but, due to a lack of agreement, the request did not prosper and the border became their gateway to the European Community. .

On the other hand, the package of sanctions imposed against Moscow caused cuts in air and rail connections, forcing thousands of Russians to travel to the country by land. The four main border posts used are to the southeast, due to its proximity to St. Petersburg: Vaalimaa, Nuijamaa, Imatra and Niirala. The Wednesdaythe number of citizens passing through there was 57% more than the same day of the previous week and, already for the Thursdaythe number was 107% compared to 7 days ago.

Russian exodus: departures to Finland increased by 50 percent after Putin’s announcement of a mobilization