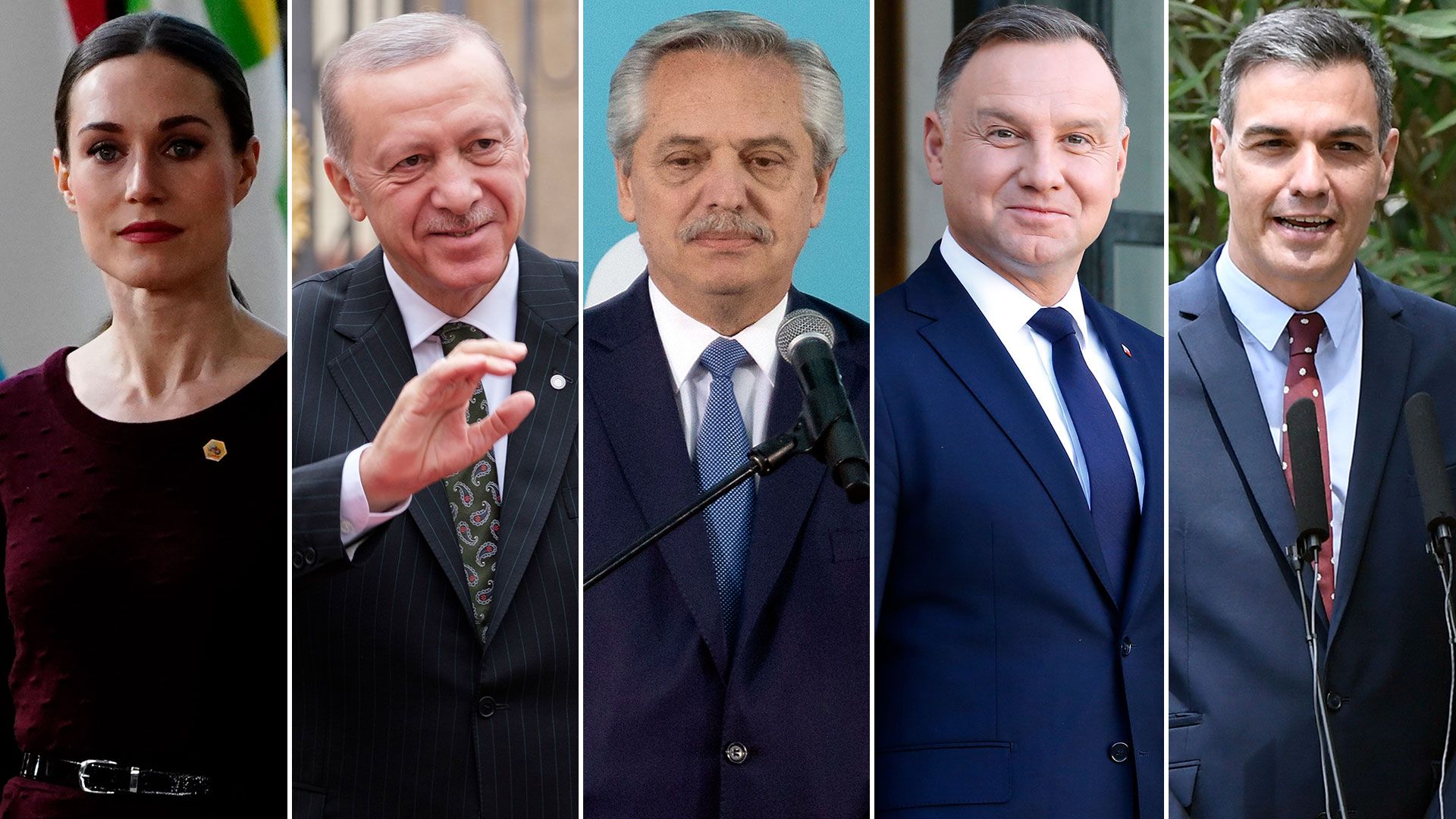 If 2022 was marked at the electoral level by the victory of Lula da Silva in Brazil, the re-election of Emmanuel Macron in France or the coming to power of Giorgia Meloni in Italy, 2023 will have several contests that can change the political course in their respective regions.

The NATO membership candidate will elect a new parliament. Although support for joining the transatlantic alliance is not up for debate, the current prime minister, the social democrat sanna marincould lose the mandate, since the conservative National Coalition Party has led the polls for more than a year and has gained strength with the Russian invasion of Ukraine.

If the center-right coalition wins authoritatively, it could form a government either by allying with the populist True Finns, or in partnership with the Social Democrats and another party to prevent radical changes.

Marin, who took office in 2019, has seen almost his entire tenure influenced by the pandemic (like the rest of the world) and the near invasion of Ukraine, since the country shares a border of more than 1,000 kilometers with Russia. But the ruling party has also suffered internal struggles over fiscal order, the environment and the rights of indigenous minorities.

On the other hand, she has suffered exaggerated accusations of sexism and those linked to her youth, when she was criticized for going out to a party with friends. Because of the scandal that broke out, she was forced to pass a drug test, which was negative.

The formula of Recep Tayyip Erdogan (president since 2014) to win at the polls relies on his ability to attract a large enough number of voters, be they secular or religious, Turkish or Kurdish, nationalist or liberal.

In his first decade in power, Erdogan was helped by an economic boom. But his image was hit by the crackdown on a failed coup in 2016 and the subsequent economic crisis.

The timing seems perfect for Turkey’s fragmented opposition to end the power of the inflation-weakened and declining popularity president, but unity’s path to June’s presidential election is fraught with obstacles.

But the six opposition parties are running out of time amid spats over strategic line and the nomination of their candidate against Erdogan, 68. The alliance that was formed to defeat the ruling party in the 2019 municipal elections (winning victories in Istanbul, Ankara and Izmir) does not look solid for June.

The difficulties of Istanbul’s popular mayor, Social Democrat Ekrem Imamoglu of the Republican People’s Party (CHP), one of Erdogan’s most internationally recognized rivals, illustrates the opposition’s problems. A court banned him from participating in politics in December in a defamation case, when he called those who tried to invalidate his 2019 electoral victory “idiots”. The mayor remains in office while the appeal in court progresses.

With these two cases, Imamoglu’s candidacy seems risky for the opposition, despite appearing well positioned in the polls to beat Erdogan.

“Once one of the world’s wealthiest nations, more than a century of economic and political incompetence has plunged it into an unhealthy cycle of slow growth followed by inflation and recession. That cycle is back in full swing and the ruling Peronist coalition, officially the Frente de Todos, is trailing in the polls,” highlights the Washington Post ahead of the October elections.

In the polls, the Together for Change alliance remains in first place, even without deciding its candidate. But in addition to the ruling party, the bloc La Libertad Avanza, liberal in economic terms and conservative in social terms, led by deputy Javier Milei, is also fighting to enter the ballotage.

“In any case, a big swing to the right is expected in the Argentine elections at the end of October, in which the victors will have the opportunity to see if they can use market-based reforms to help break the country’s sad cycle. ”, added the Post.

In the Front of All the candidate is not defined either. Alberto Fernandez, anointed by Cristina Kirchner in 2019 to be the movement’s candidate, has expressed his intention to run, but doubts persist due to internal divisions. Meanwhile, the former president has assured that she will not be a “candidate for anything”, after a year marked by the assassination attempt suffered in September and the six-year sentence for corruption handed down in December, which the current vice president plans to appeal.

Poland, in October or November

This emerging Eastern European power is also shaken by the war in Ukraine, which it has supported by supplying weapons and hosting millions of refugees.

Governed by a conservative populist party, regularly criticized by the European Union for undemocratic practices, Law and Justice remains the most popular movement in the country, although with less force than in the last vote.

The horizon is open under a proportional representation system that encourages the formation of coalitions, so the ruling party will seek to attract minority groups to join forces.

President Andrzej Duda is officially independent, but continues to enjoy the support of Law and Justice, of which he was a member. During his management, control over the press has been consolidated and a setback of rights to abortion and the LGBT + community took place, under the so-called “defense of family values”. He, too, is accused of espousing historical revisionism and signed a law banning Poland’s involvement in the Holocaust.

Despite everything, he continues to have a considerable advantage over his rivals. The closest is the Civic Platform, led by former Prime Minister Donald Tusk, who was later President of the European Council. Tusk will compete for his old position with the current prime minister, Mateusz Morawiecki.

The date is not confirmed, but the current parliamentary mandate ends on November 10 and the deadline (as long as they are not called in advance) would mark that the vote takes place on December 10, at the latest.

If the trend in the region and the path that has been developing internally continues, a triumph of a conservative-populist alliance is near.

The main right-wing party, the Popular Party (PP), has been leading the polls for several months, but it would not be enough for the majority and it would need to ally itself with the far-right Vox, which is in third place. Under the proportional representation system, both formations would comfortably achieve the formation of a government.

Meanwhile, the government of Pedro Sánchez, made up of the Socialists (PSOE) and the leftist populist Podemos, is expected to stir up the specter of extremism to recover lost ground. Currently, he has a narrow minority that also forces him to constantly negotiate with small parties of Basque and Catalan nationalists and independentists in order to push the laws through Parliament.

The first measurement of forces will be in May, with the regional elections, which will allow a clearer picture of what is coming.

Eyes will also be on countries like Guatemala, where President Alejandro Giammatei supports the conservative Manuel Conde; Estonia, with a scenario similar to that of Finland; New Zealand, where Jacinda Ardern is facing a dip in popularity; or countries with huge populations like Nigeria and Pakistan.

Gasoline prices: the first crisis of the Lula da Silva government in Brazil