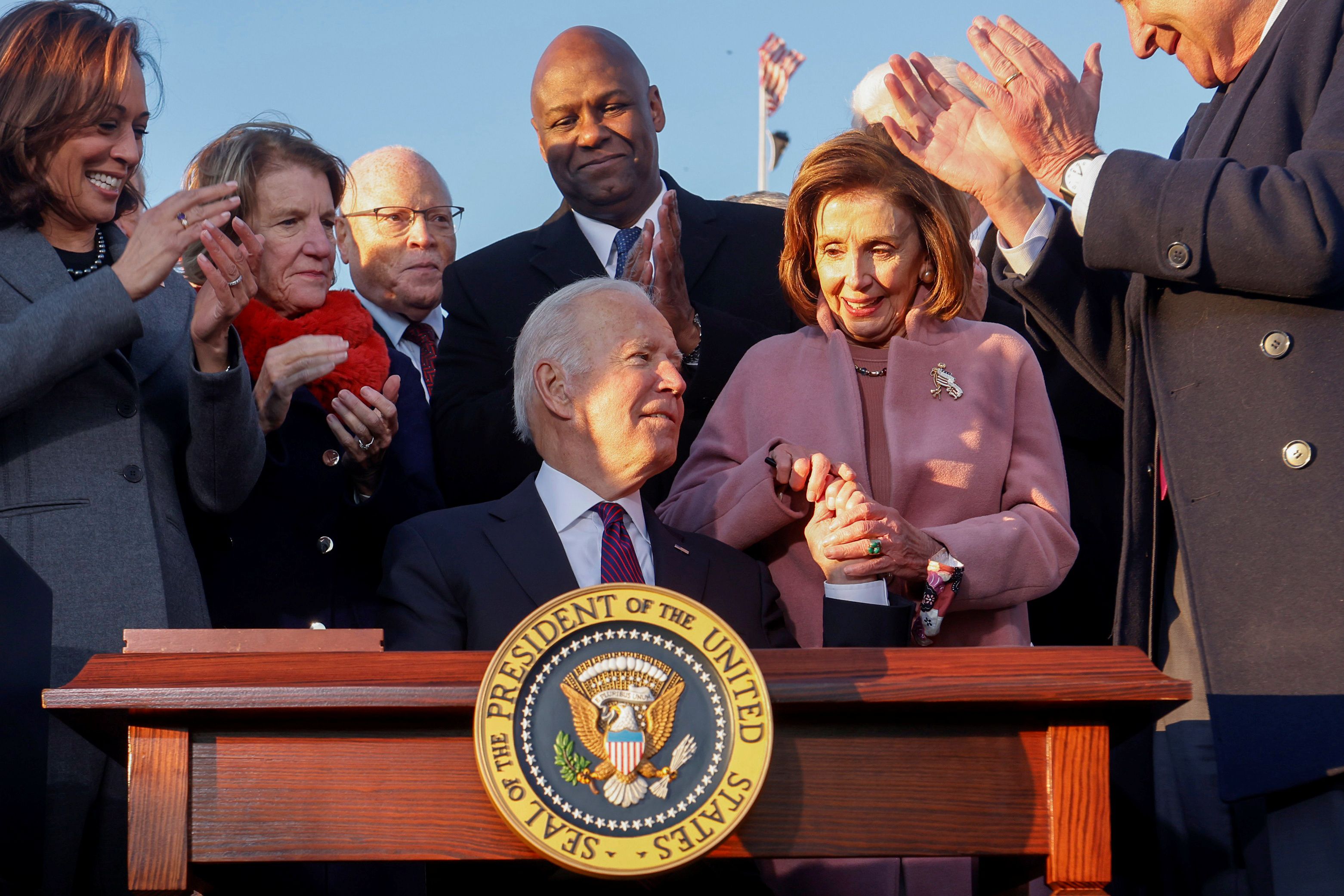 The American President, Joe Biden, who scored a victory by passing his infrastructure plan, hopes to repeat the feat with the social and environmental reform program which will begin to be debated by legislators this Thursday.

The Democrats in the Lower House are about to follow that path and also pass the package of $ 1.75 trillion “human infrastructure”, as early as this Thursday night. However, they face headwinds amidst the rising gasoline and food prices.

The Speaker of the House of Representatives, Nancy Pelosi told reporters in Congress that the vote on the final approval “hopefully will take place this afternoon.”

The plan, dubbed “Build Back Better” (Rebuild better), is “a spectacular vision of the future, a transformative and historical action in terms of health, family care and climate, that will make a significant difference in the lives of millions of Americans, “he said. Pelosi, in a letter addressed to its members.

“It will create millions of jobs well paid, reduce expenses for families and cut your taxes, while making the richest and the big companies pay their fair share “he added.

But the concern for cost of living spiral has overshadowed the president’s legislative victory, who travels the United States promoting his gigantic plan to improve roads and bridges.

Annual inflation rose to 6.2% last month, giving Republicans another club to hit Biden with as he attempts to retake both houses of Congress in next year’s midterm elections.

Only 41% of respondents said, in a new survey of ABC News-Washington Post, who approved of Biden’s work in office, compared to 53% who disapproved.

The House Democrats, who cannot afford to lose more than three members if they want to win any vote, are showing optimism about their ability to overcome the infighting that clouded the “Build Back Better” debate for months.

Although the House of Representatives passes the bill this week, the road ahead will be bumpy, as the Senate will propose new wording and you may not vote on it until December or even January.

Democratic senators cannot lose a single vote within their party because the upper house is divided 50-50. For this reason, each one of the legislators of this bench has in fact a veto power over any law as long as the Republicans stick together.

On the one hand, Progressives in both houses are pushing for a national paid maternity leave program and further expansion of health benefitsAlthough the latest inflation data could hurt those efforts.

On the other, the senator from West Virginia Joe Manchin, who has positioned himself as the biggest obstacle facing the Democratic caucus For the legislation to come to Biden’s table, she has indicated that she opposes maternity leave, one of the most popular items on the package.

In addition, Manchin has argued that Democrats should curb spending until inflation is controlled.

“Our ‘Build Back Better’ Law will help boost long-term economic growth through higher productivity and labor growth, and will not add inflationary pressures to the economy, “said the vice president in a statement. Kamala harris, when responding to this argument.