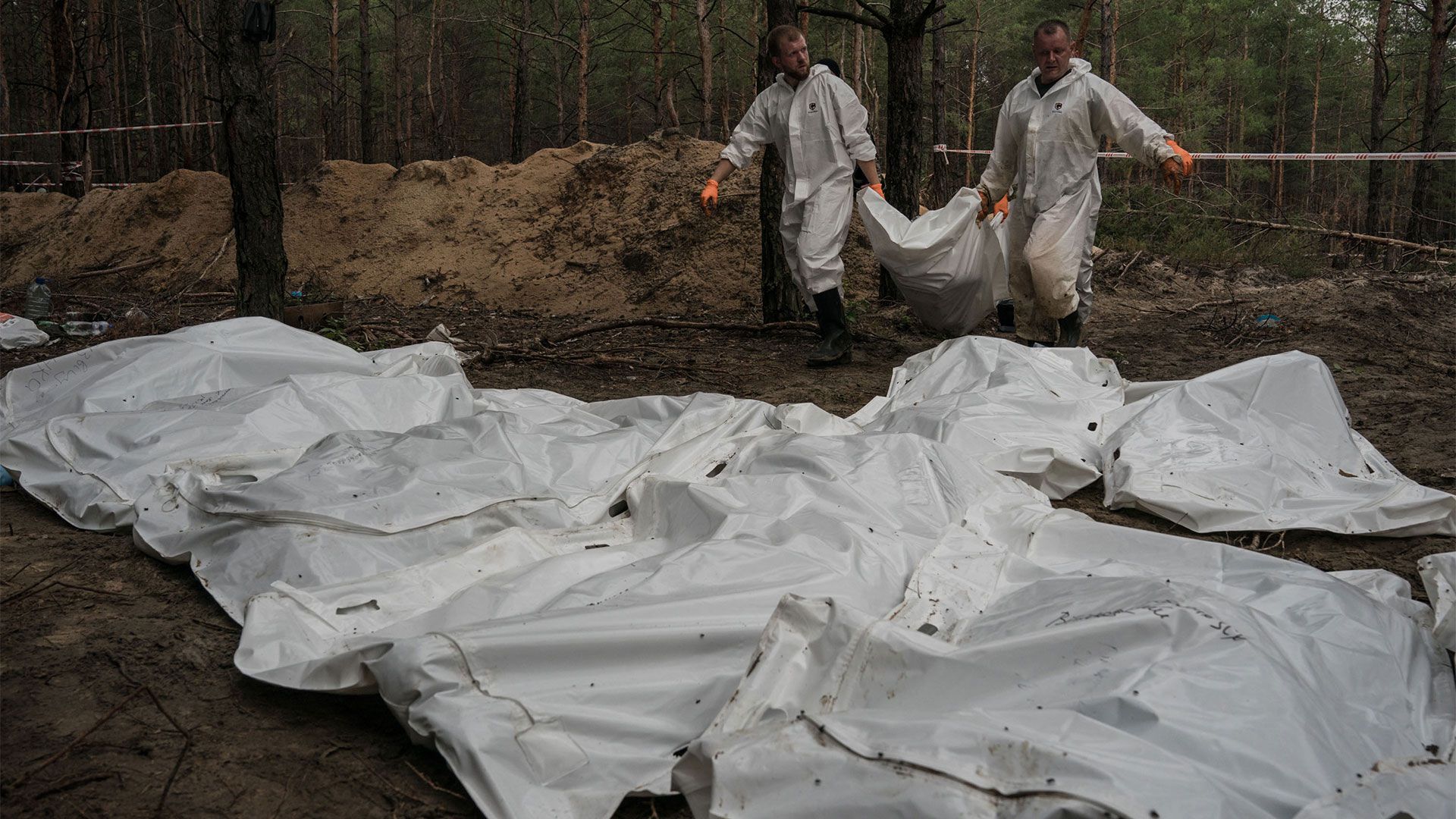 The Ukrainian delegation to the UN Human Rights Council called this Friday for the creation of a “court with specific jurisdiction” about Russian aggression in his country, minutes after a United Nations mission concluded that war crimes had been committed during the invasion.

“If these acts of aggression by a permanent member of the UN Security Council are not answered, we will sink into a dark world of impunity and permissiveness,” said the Ukrainian ambassador extraordinary, Anton Korinevichwho assured that the Russian atrocities “they had not seen each other in Europe for decades”.

The diplomat compared the brutality of the crimes of the Putin regime in Ukraine with those committed in conflicts such as those of the old Yugoslavia, Rwanda and the Democratic Republic of the Congoand asked the UN mission to continue working to ensure that, as in those wars, “there is no impunity for the perpetrators”.

In this sense, the report presented today by the independent investigation mission created by the Human Rights Council “is an important milestone on the road to accountability for Russia‘s crimes against the Ukrainian people”, highlighted the diplomat in a videoconference from kyiv.

The crimes investigated by the mission of three experts in the areas of kyiv, Kharkiv, Chernigov and Sumi “are part of the systematic Russian tactic of terror against the people of Ukraine”, highlighted Korinevich, who asked the United Nations to investigate other possible war crimes by the Russian Federation army.

In this regard, he cited the murder of tens of thousands of people in Mariupol, the deadly projectile attacks on cities such as Odessa, Vinnitsa, Kremenchuk and Kramatorsk, or “the complete destruction of the face of the earth” of towns such as Severodonetsk, Advivka or Lisichansk.

“We hope that justice will be done for the murder of almost 400 Ukrainian children with Russian rockets and tanks, or for the thousands of citizens who have been lost in Russian torture chambers,” he told the UN Council.

the ukrainian president, Volodymyr Zelenskyhad ordered on Wednesday the creation of a “special court to punish Russian crimes” and urged world leaders to strip Russia of its vote in international institutions and its right to veto in the UN Security Council, stating that offenders must be punished and isolated.

In his message to the UN General Assembly, the president called for the establishment of a special court against Russia “for the crime of aggression against our State”, as well as ensuring accountability. “moscow must pay”, he declared, calling for a fund to compensate for the damage Ukrainians have suffered during the invasion.

The UN General Assembly broadcast Zelensky’s long-awaited video address hours after Russian President Vladimir Putin announced a partial mobilization of reservists to advance its war against Ukraine. Although Zelensky had not yet referred to the event, he said that his forces “can return the Ukrainian flag” to the entire territory invaded by Russia. “We can do it with force of arms. But we need time.”

“A crime has been committed against Ukraine and we demand fair punishment”Zelensky said in the video message with which this year he intervened in the meetings of international leaders at the United Nations.

Before the UN Assembly, Zelensky called for a special court against Russia and a compensation system: “Moscow must pay”