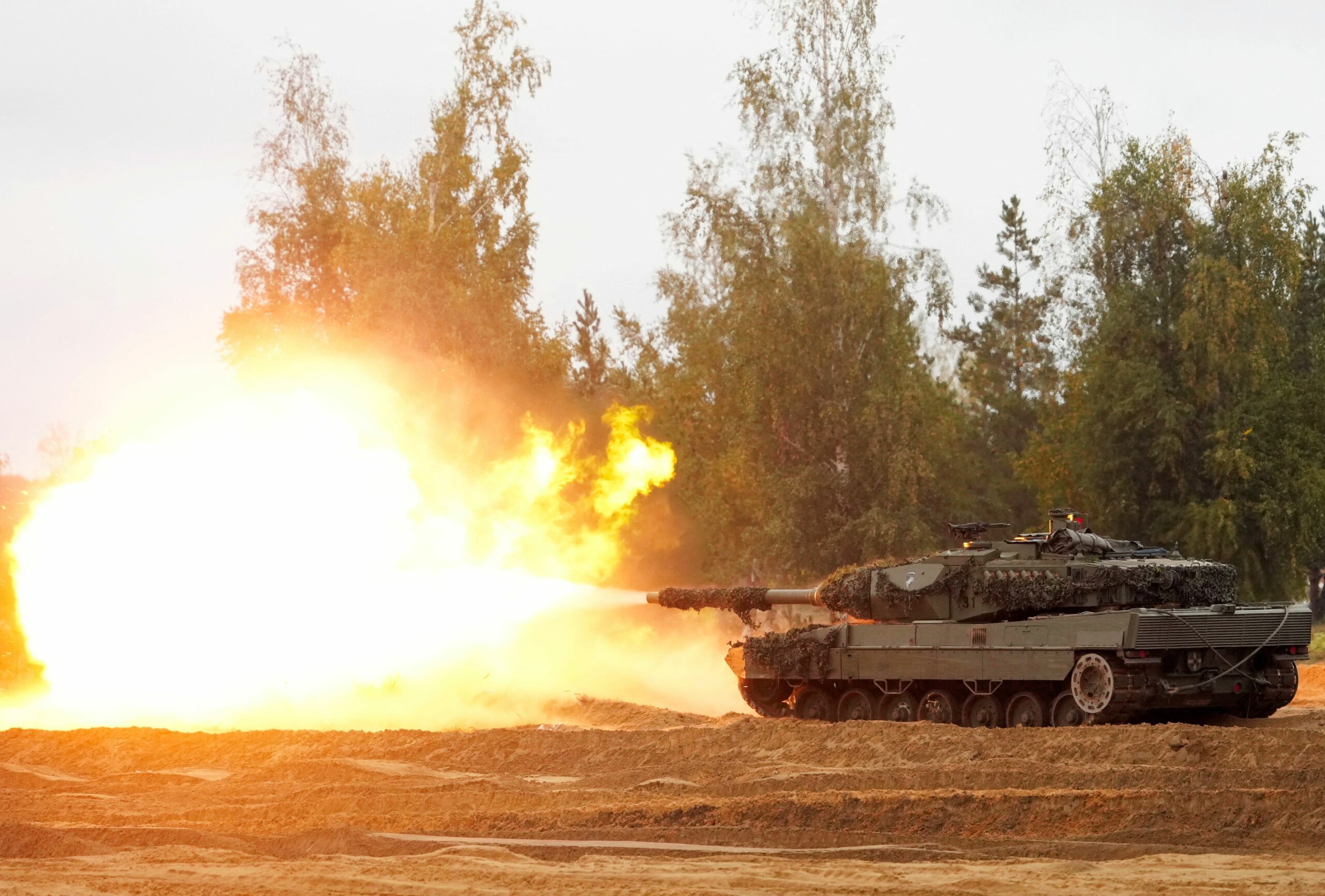 Lithuanian Defense Minister Arvydas Anusauskasaffirmed that several countries will announce the shipment of these battle tanks to Ukraine within the framework of the meeting of defense ministers that will be held tomorrow at the Ramstein air base in Germany.

“Some countries will send Leopard tanks to Ukraine, that’s for sure,” Anušauskas told the news agency. Reuters. He also indicated that the total number of armored vehicles promised at tomorrow’s meeting would run into the hundreds.

Defense ministers and representatives of ten NATO countries on Thursday called for the urgent shipment to kyiv of more heavy weapons, including tanks, at a meeting prior to the Contact Group for Ukraine meeting on Friday.

The meeting took place in Estonia, a country that, like the rest of the Baltic States and Poland, has been asking its European partners for a greater commitment to the defense of Ukraine since the start of the Russian invasion, in February 2022.

During the meeting, the Estonian government announced the shipment of another package of 155mm and 122mm heavy artillery weapons and ammunitionas well as hundreds of anti-tank grenade launchers, worth 113 million euros.

With this, Estonia’s contribution to Ukraine amounts to 370 million euros or 1% of the gross domestic product (GDP) of that Baltic country, according to a statement.

In a press conference from the Tapa military base, the Estonian Defense Minister, Hanno Pevkurstated that if the European Union (EU) provided the same proportion of its GDP in military aid to Ukraine, it would amount to €150 billion.

One of the issues expected to be addressed at the Contact Group meeting in Ramstein is the supply of modern Western main battle tanks to Ukraine, such as the German-made “Leopard 2”.

The Estonian meeting is expected to put some pressure on Germany to allow other countries with active Leopard tanks to send them to Ukraine. Any shipment of these armored vehicles to a third country must be authorized by Berlin.

Germany has so far refused to authorize the delivery to Ukraine of Leopards from other NATO countries and it has stated that such a decision can only be taken “in coordination” with the allies.

In the German media, it has been advanced that this veto could be lifted if the United States allows the shipment of its Abrams tanks, which are considered to require more training and maintenance than the Leopard.

Zelensky once again urged Berlin to allow supplies to his country of those tanks. “They can keep talking about it for six months, but in my country people die every day”affirmed the Ukrainian leader, in an interview with the public television ARD.

“If you have ‘Leopards’, hand them over”, Zelensky insisted, to reject the argument of the German government that, on the German side, a decision will not be taken alone, but in consensus with its allies: “The ‘Leopards’ will not circulate in the Russian Federation. They are to defend us, ”he said.

UK Defense Secretary Ben Wallacestated in Tapa that his country was ready to hand over Challenger to Ukraine, along with armored fighting vehicles and large supplies of ammunition.

Wallace also said the UK would deliver 600 Brimstone anti-armor missiles to Ukraine, in addition to the package announced earlier this week.

The defense ministers of Estonia, the United Kingdom, Poland, Latvia and Lithuania and the representatives of Denmark, the Czech Republic, Germany, the Netherlands, Slovakia and Spain published a joint statement called “The Tallinn Commitment”.

“Together we will continue to support Ukraine to move from resisting to expelling Russian forces from Ukrainian soil,” the document, released by the Estonian Defense Ministry, states.

The statement adds that “the new level of combat required is only achieved through combinations of tanks, anti-aircraft and anti-missile defense systems, operating together with artillery groups, as well as high-precision elements to target Russian logistics and command in occupied territory”.

Some of the signatories of the document did not attend the meeting in Estonia due to various circumstances. Both the Latvian Defense Minister, Ināra Mūrniece, and her Polish colleague, Mariusz Błaszczak, were detained in Warsaw, where they were both, due to bad weather.

For his part, the President of the European Council, Charles-Micheldefended this Thursday during a visit to Ukraine the military support of the European Union to the country in the midst of Russian military aggression, pointing out that at this moment what the Ukrainian Army needs are tanks.

In a speech to the Ukrainian Rada, Michel maintained that the Twenty-seven are “determined” to help Ukraine win the war on the battlefield: “Three days after the invasion, we formally decided to provide, for the first time in the history of the EU, lethal equipment to a third country”.

“Weapons and ammunition had already started to arrive in Ukraine and so far, we have mobilized a total of 11 billion euros in military support,” he stressed to Ukrainian parliamentarians.

At this point, the President of the European Council acknowledged that the coming weeks and months “will be decisive” in the military contest. “They need more. More air defense systems, more long-range missiles and ammunition, and above all, you need tanks. Right now, ”he pointed out, in the middle of the debate on sending battle tanks to Ukraine.