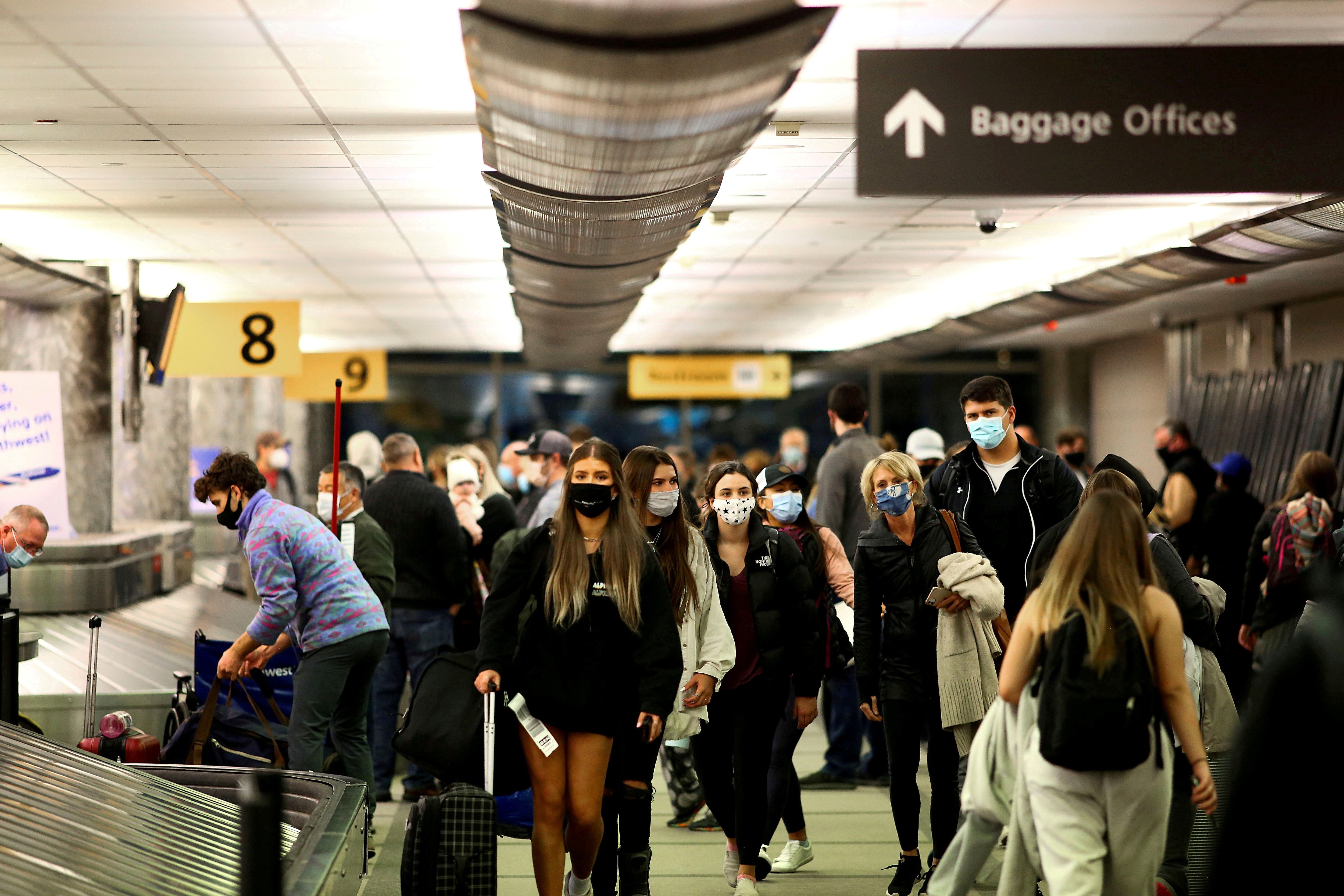 The United States registered between Thursday of last week and yesterday the week with the highest air traffic since the COVID-19 pandemic was declared in March last yearthe Transportation Security Administration (TSA) reported today.

Thanksgiving is celebrated in the US this Thursday, a festive and family day in which many people they have up to four pay-off days at work (from Thursday to Sunday) and what historically it has corresponded with the period of more displacements in the country.

The TSA reported that since last Thursday and until yesterday the two million passengers have been exceeded every day in US airports, something that had not happened since before the pandemic.

Yesterday, just one day before Thanksgiving, 2.31 million people passed through the security controls of the country’s airports, a figure that represents 88% of the air traffic registered on the same day of 2019.

According to the TSA, the day when the largest flow of passengers is expected is next Sunday, when around 2.4 million people will take a plane to return home after spending the holidays with family or friends.

The upturn in air traffic takes place in a particularly sensitive time for airlines, which have accumulated delays and canceled flights for months due to the lack of personnel for its operations, both pilots and hostesses and ground positions.

Lack of staff is due to several factors, including the general context of under-supply of workers in the US labor market, the fear of some employees to return to work due to the pandemic, forced layoffs or sanctions for those who refuse to be vaccinated, and the mismatch between supply and demand after more than a year in which air traffic was low.

On the other hand, for the long weekend, the motorists association AAA predicted that 48.3 million people will travel at least 80 kilometers (50 miles) from their homes during the holiday period, an increase of nearly 4 million from last year despite a sharp rise in the price of gasoline.

Many feel confident about traveling due to the fact that almost 200 million Americans are fully vaccinated, but concerns persist of a virus resurfacing as the United States averages nearly 100,000 new infections a day. Hospitals in Michigan, Minnesota, Colorado and Arizona report an alarming increase in patients.

The daily average of new cases reported for seven days increased almost 30% in the last two weeks through Tuesday, according to figures from Johns Hopkins University. The Centers for Disease Control and Prevention (CDC) says that unvaccinated people should not travel, although it is not clear if that recommendation is having any results.