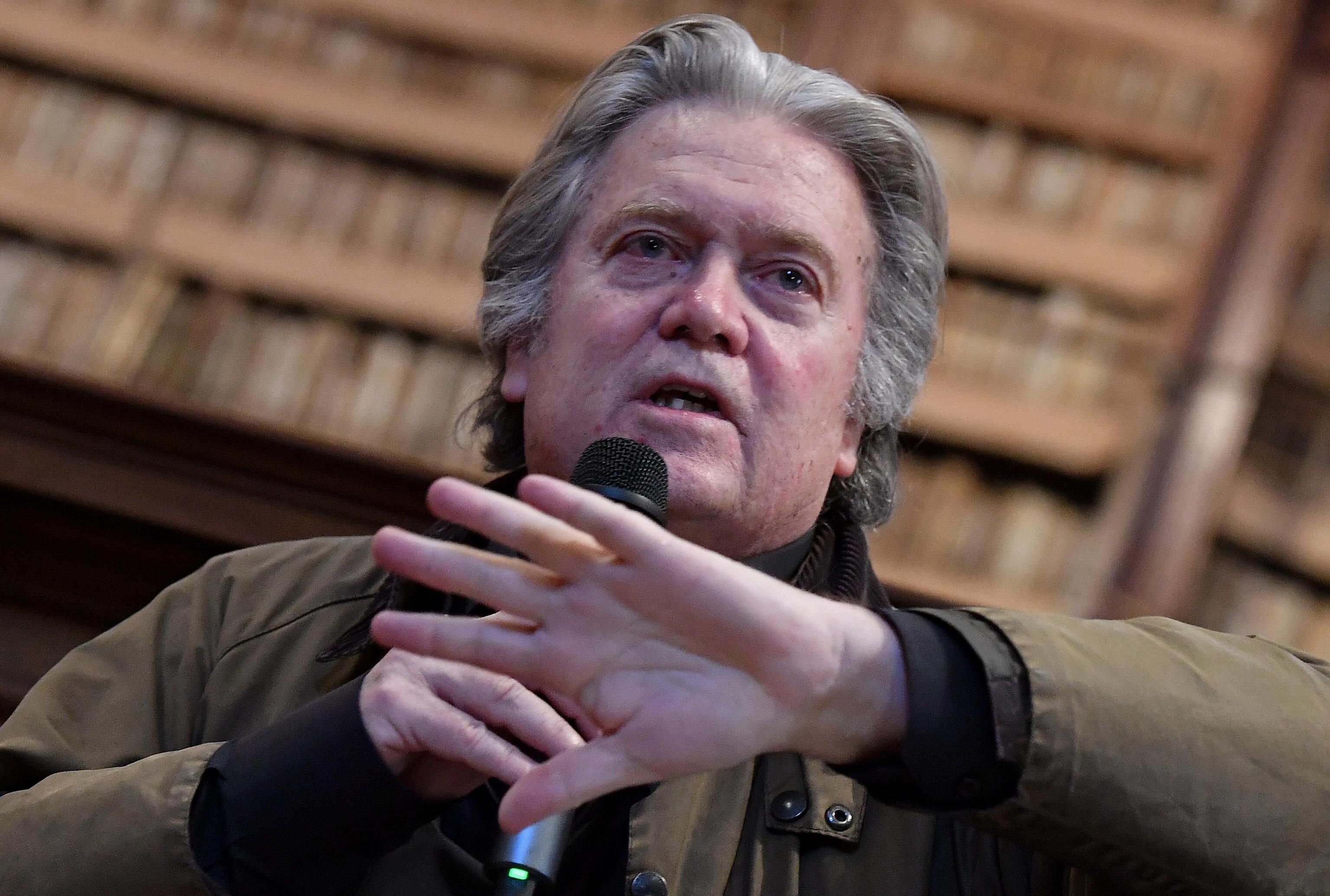 Steve Bannon, once a close adviser to former US President Donald Trump, was indicted on Friday. for refusing to testify before the Congressional committee investigating the January 6 attack on the Capitol, announced the Department of Justice.

The former advisor, 67, was sued for refusing to testify and submit documents to the special committee of the House of Representatives investigating the role of the former Republican president in his supporters’ attack on the seat of Congress that left five dead in January this year.

Despite his summons in mid-October, Bannon did not appear before the legislators invoking the right of the presidents of the United States to maintain confidentiality of certain documents and discussions.

But according to the commission, this protection does not apply because Trump is no longer president and has never officially enforced that privilege of the Executive.

“No one is above the law”said the agency’s president and vice president, Bennie Thompson and Liz Cheney, respectively, in a statement. As reported by the chain CNN, Bannon plans to turn himself in to the Justice Department on Monday.

The commission claims that Bannon has relevant information to understand how the attack occurred in which five people died. He pointed to his presence on January 5 in activities aimed at blocking the certification by parliament of the victory of Democrat Joe Biden in the November elections, when he said: “Tomorrow all hell is going to break loose.”

Bannon was one of the artisans of the victorious presidential campaign of the Republican candidate in 2016, before falling from grace. He did not hold any official function on January 6, but apparently spoke about the protest with the president in the previous days, according to the commission of inquiry.

Adam Kinzinger, one of its members, said in CNN that Bannon’s comments and his connection to pro-Trump activists near the White House just before the attack suggest that “Seems to have known that something was going to happen”.

“From my first day in office, I have promised the Department of Justice that together we would demonstrate to the American people that the department adheres to the rule of lawAttorney General Merrick Garland said in a statement.

“Today’s charges reflect the firm commitment of the department to these principles”He added.

Former Presidential Advisor faces between 30 days and a year in prison for each charge and will be tried in federal court. The legal battle could still take months or years, which could undermine the investigation.

Another close friend of Trump, his former chief of staff Mark Meadows, also rejected a subpoena Friday to appear before the commission. of investigation, of democratic majority.

The Meadows Defense invoked a judicial decision announced on Thursday, which temporarily suspends the transmission of documents until November 30 White House interns to the commission. The ex-president had invoked the presidential right to keep secret certain information.

The commission of inquiry responded in a statement that current US President Joe Biden had already authorized the release of the documents and that, therefore, Meadows had an obligation to testify, warning the former chief of staff that he too could be in contempt of Congress.

The committee investigating the assault on the US Capitol approved to hold Steve Bannon, Trump’s former adviser, in contempt

United States: “We urge the government of Cuba not to use violence against the people”