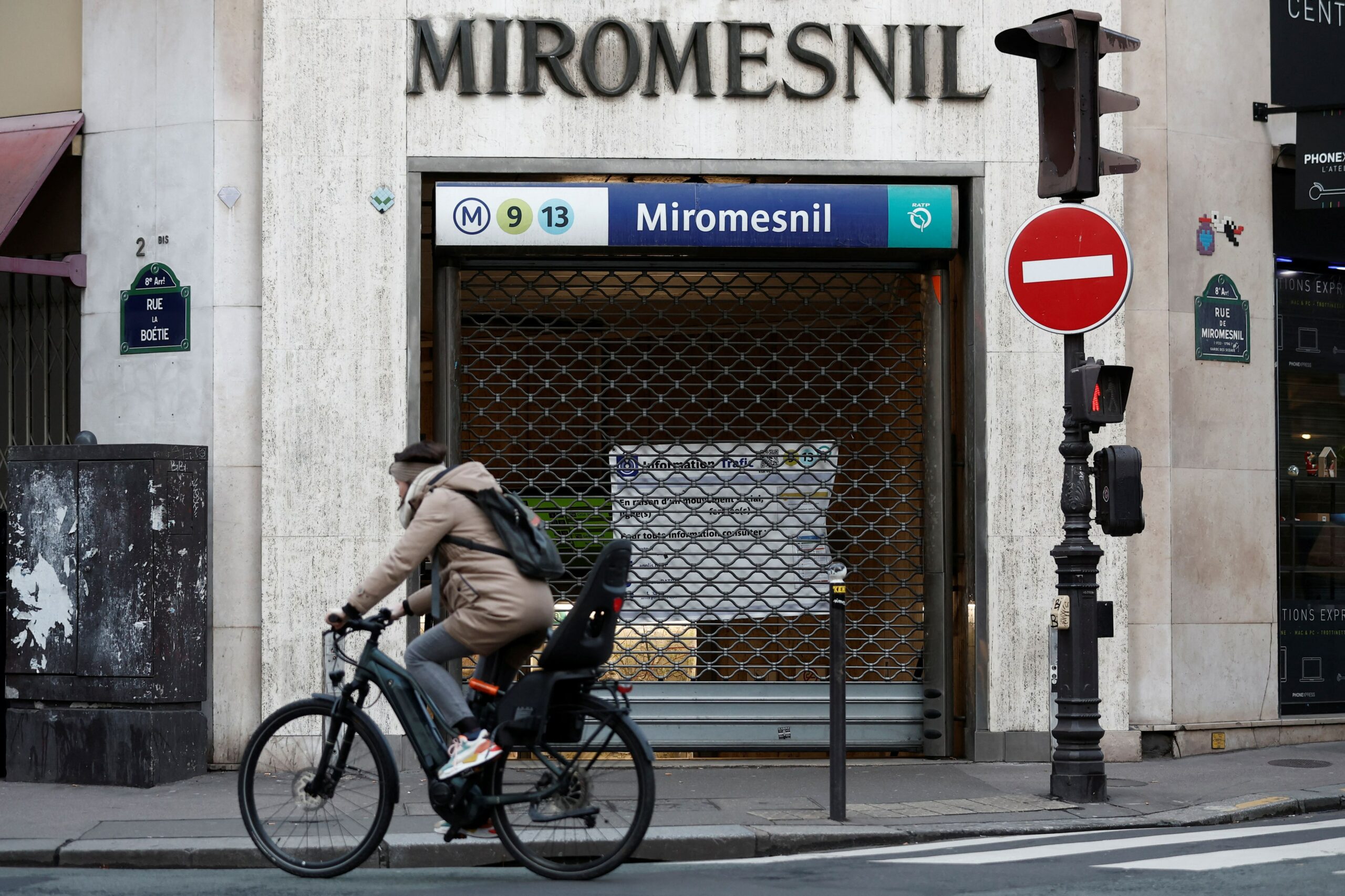 Trains stopped, schools closed, unions in the streets. France Live this Thursday a day of mass protests against the unpopular delay of retirement age to 64 yearswhich test the political credibility of the president Emmanuel Macron.

“The battle that begins (…) is a test for Emmanuel Macron, decisive for the end of his term and consubstantial for the mark that it will leave in history ”, underlines an editorial in the newspaper this Thursday le parisienin line with the rest of the media.

The pension reform is one of the key measures that the 45-year-old president promised during the campaign that led to his re-election in April, after a first project in 2020 that he had to abandon due to the arrival of the pandemic.

“It is necessary to distinguish between the unions that call to demonstrate in a traditional framework (…) and those that are in a deliberate dynamic of blockading the country”, said Macron, who will be in Barcelona this Thursday for a Franco-Spanish summit.

Although his intention was to delay her from the 62 to 65 yearsits prime minister Elisabeth Borne finally raised 64 years, but bringing forward to 2027 the requirement to contribute 43 years to be able to collect a full pension.

These two points crystallize the rejection of public opinion. According to a survey of ipsos published on Wednesday, although 81% of French consider a reform necessary, a 61% reject this and 58% support the strike movement.

“What we feel today is that there is a great anger, a willingness to demonstrate against the delay of the retirement age”, indicated on Wednesday night the general secretary of the CFDT, the first French union, laurent berger.

The first unitary union front since 2010, when they tried in vain to prevent the raising of the retirement age from 60 to 62 by the government of the conservative president Nicolas Sarkozyhopes to bring a million protesters to the streets.

But will the success of 1995 be achieved? Present in the collective imagination, this intense protest during the boreal winter, which left subways and trains on the platforms for more than three weeks, was the last to paralyze a pension reform.

“I will work from home”

the minister Clement Beaune already warned that it would be a day “hell” in transportation and called on citizens to work from home, where many will also have to take care of their children, since a 70% of teachers went on strikeaccording to the unions.

“I will work from home, since with the strikes I cannot risk it,” he told the AFP Abdou Syll, a consultant who must cross the Paris region to go to his office. “If it happens again, I will stay teleworking for as long as possible.”

The circulation of subways and trains in Paris, where public transport is key to the economy, dawned “very disturbed”. One metro line is completely closed and 12 others are only partially working, he told the AFP RATP company.

The SNCF railway company also expects traffic to be “very disrupted” by the strike, with the circulation of one high-speed train in three or in fivedepending on the lines, and one regional train out of ten on average.

The energy sector is announced key. The manager of the French electricity network RTE noted a sharp reduction in production, equivalent to twice the consumption of Paris, for which reason it warned the strikers not to reduce it further.

The Union CGT already announced various strikes this Thursday and in the coming weeks in refineries and warehousesrekindling fears of a fuel shortage like the one experienced in October and which forced the government to intervene to stop the protests.

After this first action, the unions must decide how they will continue the protests. The government must approve its final project on Monday, before its parliamentary debate that could last until the end of March.

Sister André, the oldest person in the world, died

Controversy in France over school uniforms: the first lady expressed her opinion and deepened the divisions in Macron’s cabinet