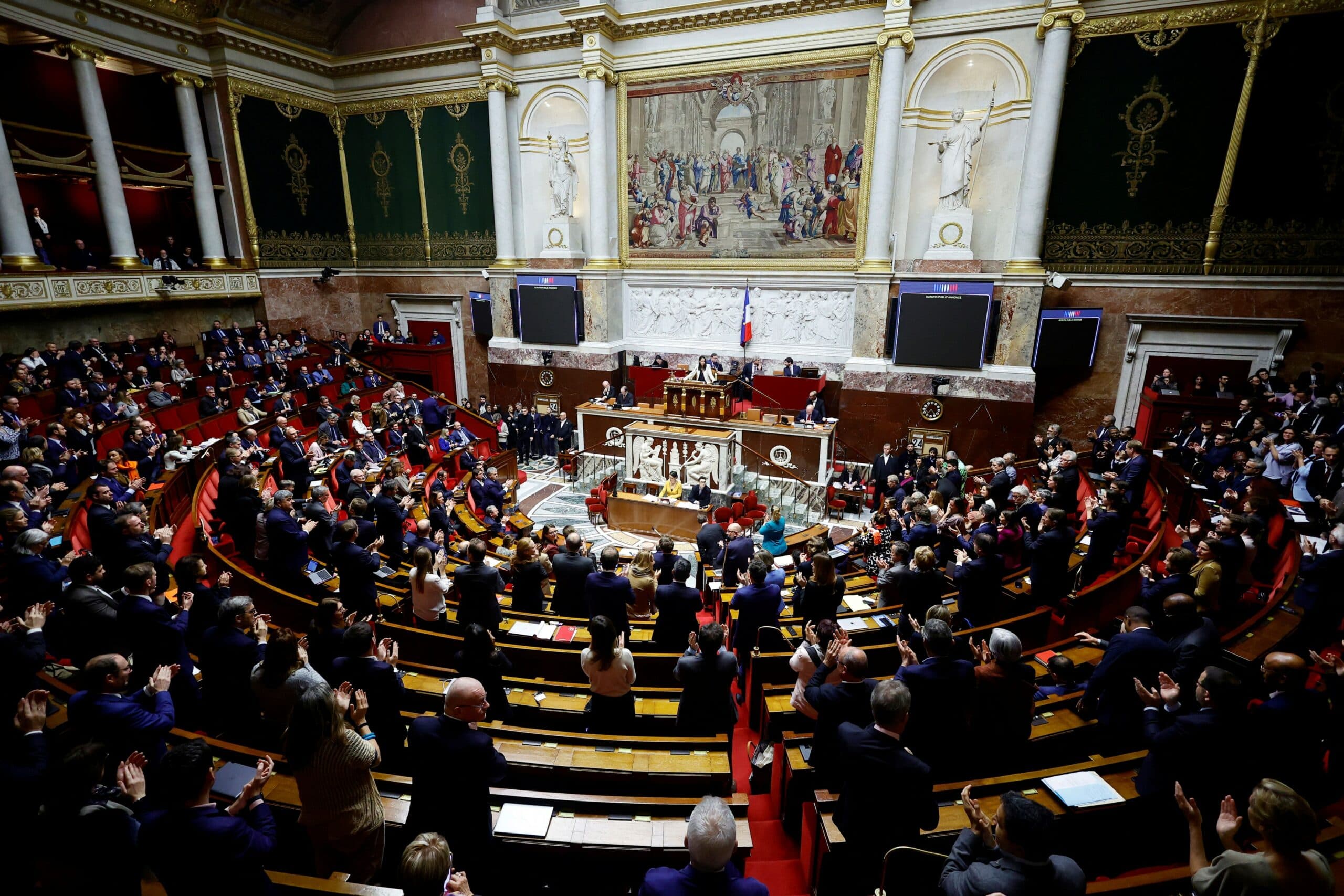 The deputies approved this Thursday inscribe abortion in the French Constitution, first step in an initiative to protect this right in response to the setbacks registered in the United States and in some European countries.

By 337 votes in favor and 32 against, the National Assembly (lower house) approved including in the Magna Carta of 1958 that “the law guarantees the effectiveness and equal access to the right to voluntary termination of pregnancy.”

To finally make abortion a constitutional right, the senate must approve without changes the proposal of the deputies, which would then be submitted to a referendum as it is a parliamentary initiative.

To expedite the process, Panot, from the opposition party La Francia Insumisa (LFI, radical left), called on the government of the centrist president, Emmanuel Macron, to present its own bill, since it would prevent the referendum.

Abortion was decriminalized in France in 1975 by a law promoted by simone veilicon of female emancipation Y Holocaust survivor. The last modification was in March to extend the terms up to 14 weeks.

The initiative coincides with the 50th anniversary of the Bobigny trial that paved the way for its legalization. In October 1972, this court acquitted Marie-Claire Chevalier, a 16-year-old girl accused of having an abortion after rape.

“No democracy is safe”

The annulment of the right to abortion at the national level in the United States by the Supreme Court in June shocked the world and, in France, resulted in the announcement of initiatives by the government and the opposition to shield it.

“No democracy, even the greatest of all, is safe” from a setback, warned the Minister of Justice at the beginning of the debate, Eric Dupond-Morettiwho expressed the government’s support for the initiative.

Although LFI also sought to include contraception in the Constitution, it finally backed down to achieve a consensus between the left and the ruling party, and try to smooth out the process in the Senate, which is expected to be tough.

The minister had warned that, with the initial wording, the proposal had little chance of prospering in an upper house dominated by the right – which rejected a similar text in October – and called to focus on abortion.

Despite the fact that during the debate the formations of the right-wing Los Republicanos and the far-right Agrupación Nacional (RN) questioned the need for the proposal, their deputies were divided when it came to voting.

Totally prohibited in a minority of countries, authorized in others with more or less restrictions, access to abortion continues to be a very unequal right in the world and has suffered a series of setbacks in recent months.

In June, the United States Supreme Court -of a conservative majority- revoked this right, after knocking down the ruling that since 1973 allowed the termination of pregnancy, thus opening the door for each state to decide whether to authorize it or not.

In Europe, the Hungary of the ultra-conservative Prime Minister Viktor Orban, since mid-September, forces women who want an abortion to listen to the heartbeat of the fetus, before the intervention.