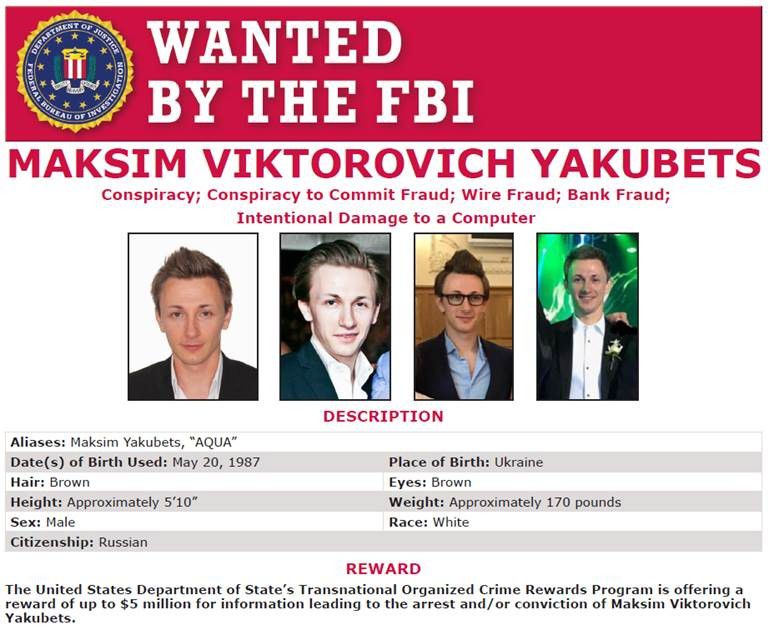 Two Russian hackers topping the list of America’s most wanted cybercriminals live free and in luxury in Russia, as revealed this Wednesday by an investigation by the BBC.

The British public broadcaster followed the trail of Maksim Yakubets and Igor Turashev, who for more than a decade directed Evil Corp (“Corporation of evil”), a cyber criminal organization that the United States Department of Justice defined as “One of the most sophisticated transnational cybercrime syndicates in the world”.

According to the US and UK authorities, the hackers developed and distributed malware used to steal at least $ 100 million from banks, charities, schools, and financial institutions in more than 40 countries during the last decade. Among the victims is the company Garmin, to which criminals demanded a $ 10 million ransom to recover stolen files targeting their devices in 2020.

In 2019, Yakubets, his administrator Turashev and seven other suspects were charged and punished in the United States; In addition, the authorities offered a $ 5 million reward for information leading to the arrest of Yakubets.

The investigation BBC News described Yakubets as a “Russian hacker and playboy”, recalling images obtained by the UK’s National Crime Agency that showed Evil Corp members driving cars Lamborghinis personalized, laughing with wads of bills and playing with a lion cub as a pet

Research BBC began the search for Yakubets in the golf course where the hacker married Alyona Benderskaya, the daughter of a retired Russian spy. The party would have cost about $ 600,000, according to the British broadcaster, who spoke to the wedding organizer.

BBC He also managed to speak to Yakubets’ father, who charged the United States and assured that his son “He works, they pay him, he has a job.”

“The Americans created a problem for my family, for many people who know us, for our relatives. What was the purpose? He was not questioned, there were no procedures to prove his guilt, “said the man.

However, the British broadcaster discovered that the 40-year-old hacker has three companies registered in his name, with offices in the exclusive skyscraper Federation Tower in Moscow, close to other companies that trade bitcoin, Evil Corp.’s preferred ransom payment.

Direct links with the Russian state

For the moment, neither Yakubets nor Turashev nor Evil Corp appear to have been unaffected by the measures of the United States and its allies.

On the contrary, cybersecurity researchers allege that the group is still carrying out lucrative cyberattacks against primarily Western targets.

The experts also agree that the vast majority of cybercriminals have direct links to the Russian state, hacking to spy, project power or exert pressure.

In fact, the US Treasury said that Yakubets worked specifically for the intelligence agency of the FSB (Russian Federal Security Service) “as of 2017,” and that he had “the task of working on projects for the Russian state ”.

For its part, the Kremlin has resisted calls to arrest suspected hackers. Russia and the United States do not have an extradition treaty.

When asked Vladimir Putin about cyberattacks in the Geneva summit with Joe Biden this summer, denied that the high-profile attacks originated in his country and even claimed that most of the hacks started in the US. Still, he said he would work with the United States to “bring order” to the matter.