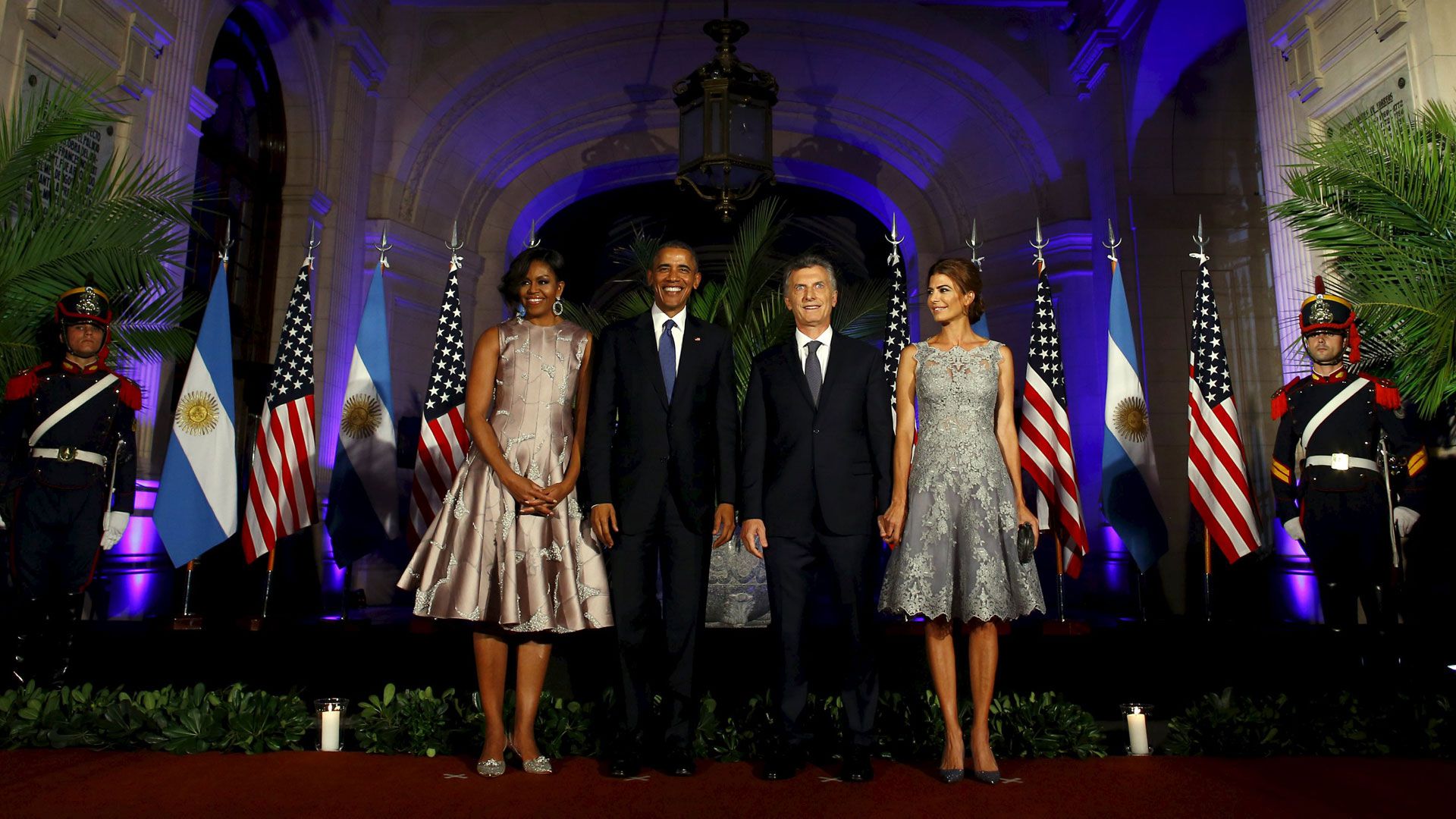 Protocol without protocol. Friendly elegance. The honor dinner held at the Kirchner Cultural Center to close the first day of the president of the United States, Barack Obama, and his family in Argentina, was marked by classic but relaxed looks. Both Juliana Awada and Michelle Obama escaped into long dresses with covered legs and they bet on impeccable author models ? knee length, sleeveless.

Shortly after 7:30 p.m. on Wednesday, the two first ladies appeared on the scene at the CCK door and with their look they began to notice what would be a close, warm dinner without much protocol. A dinner that began by candlelight and included the Obama couple dancing the tango “Por una cabeza” with the prestigious dancer Mora Godoy.

Juliana Awada did it again. She once again dazzled everyone with her look and again reflected her ability to keep her elegance intact with dresses of any kind. This time, Mauricio Macri’s wife she wore a blue dress by designer Gabriel Lage, a designer dress with precise craftsmanship. A hyper trendy clutch. All with a clean style that is seen in her bijou and a collected in her hair.

“She is a very elegant and fresh woman. I think she has to go with all the Argentine designers and show our fashion to the world,” said a Lage proud of her creation.

On their side, both presidents agreed on both black and tie.

Escaping the tuxedo and tuxedo was another proof of the relaxed look chosen for the evening.

Awada’s eldest daughter, Valentina Barbier, nice and fresh at 12 years old, was one of the stars of the night. In perfect English, he chatted for minutes hand-in-hand with President Obama. And then he effusively greeted the members of the main table, especially Mauricio Macri, his mother’s husband.

The complete list with the 476 guests at the dinner honoring Barack Obama https://t.co/O63UHIH6h5 pic.twitter.com/8ghLoErvK4

Among the 476 guests, in addition to the main government officials, authorities and politicians from different parties, there were representatives from the entertainment world, such as Mirtha Legrand, Juan José Campanella, Ricardo Darín, Graciela Borges, Julio Chaves and Juana Viale, among others.