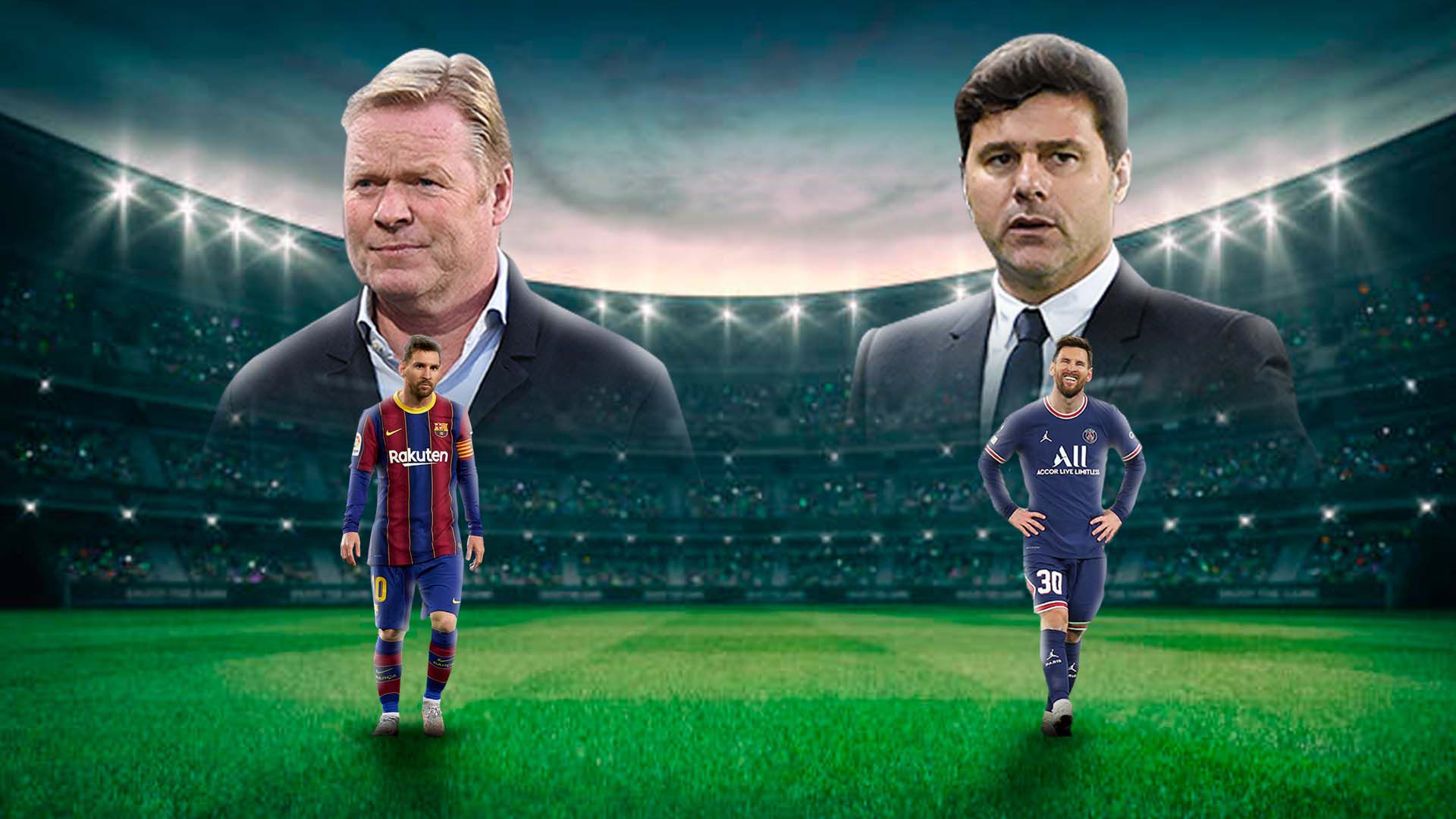 The handover of Lionel messi of the Barcelona to the PSG completely shook up the world soccer pass market. Accustomed to seeing the Argentine in the Catalan box, fans of the most popular sport on the planet still assimilate the fact that he now defends the colors of the French cast, to which he is still adapting. His new teammates, the style of the club and ambitious goals have led to The 34-year-old Rosario undergoes a metamorphosis that is already plausible in the statistics.

To make a fair comparison, you can take the encounters that The flea He played in the initial phase of the 2020/21 Champions League with the Spanish team and those who have played so far in his new team in 2021/22. Although the rivals are not the same, the analysis of their game allows us to understand how the five Ballon d’Or winner has changed the way he moves on the pitch.

Last season, the Barcelona finished in Group G escort behind Juventus (both with 15 points) and ahead of Dinamo Kiev and Ferencvarosi Hungary, with five wins and a 3-0 loss against the then Serie A champion, while PSG, who still have a presentation to go, already know that he will be second in his area, behind Manchester City and ahead of RB Leipzig and Bruges.

Due to injury, Messi could not be in the five games of his current team, but in four of them, so the comparison is made based on the first four matches of the 2020/21 Champions League.

Clear differences can already be found in the basic data of these parties. Without a doubt, the influence of the Argentine forward was much greater under the orders of Ronald Koeman, since in those four presentations he gave 292 passes (73 per game) and this season he gave 212 (53 per game). But not only that, but Before, he also received the ball more times and later in the field, that is, closer to the danger zone. Therefore, Messi has delayed his game to get the ball.

At the same time, he has acquired a more fixed position at PSG. When in the Catalan team it was common to see him across the width of the Camp Nou, even leaning on the left, where he was associated a lot with Jordi Alba, now he doesn’t even lie on that side and most of the game is on the right wing. It is precisely on that side where he receives 45.2% of the balls (23.7% of the time from his side in the middle of the field).

Far was that young Messi who in the beginning appeared as a right pointer. In that area, from where he has scored hundreds of goals by hooking inwards, he now only receives 3.1% of the balls. Obviously, it has become more cerebral and less sharp.

This delay of Messi in the field directly affects his participation in attack. Although in both seasons he scored three goals in the first four Champions League games, with Barcelona he accumulated 28 shots and 16 assists (two of which ended in goals), while under the leadership of Mauricio Pochettino he barely kicked at goal 10 times and only enabled teammates to finish off four times.

The flea He chose PSG among other things because of his ambitious project to win the continental trophy and because for that he has one of the best – if not the best – squad in Europe. Among the great stars he has, Ángel Di María, Neymar and Mbappé stand out. Interestingly, none of them are your primary partner on the ground. Winger Achraf Hakimi is the one who gets the ball the most (That explains why he mostly receives it glued to the right wing and closer to his goal than the opponent’s) and the one who gives it the most times is to Ney.

In Ronald Koeman’s Barcelona, ​​the one who fulfilled that function (both giving and receiving) in those first four games was Milralem Pjanic, which after the first phase of the competition was ruled out by the Dutch coach. But with his interventions, the Bosnian managed that the Rosario received much closer to the rival goal than to his own.

What the data does not show is whether this most delayed Messi actually exists by order and desire of the player himself, of coach Pochettino or because – as seems to be the case – there is some flaw in PSG’s performance that does not allow Leo to be as dangerous as can be.

Great pipe for Sterling and great partnership with Neymar on Mbappé’s goal: Messi’s game against City

After the defeat of PSG, Mauricio Pochettino spoke about the interest of Manchester United