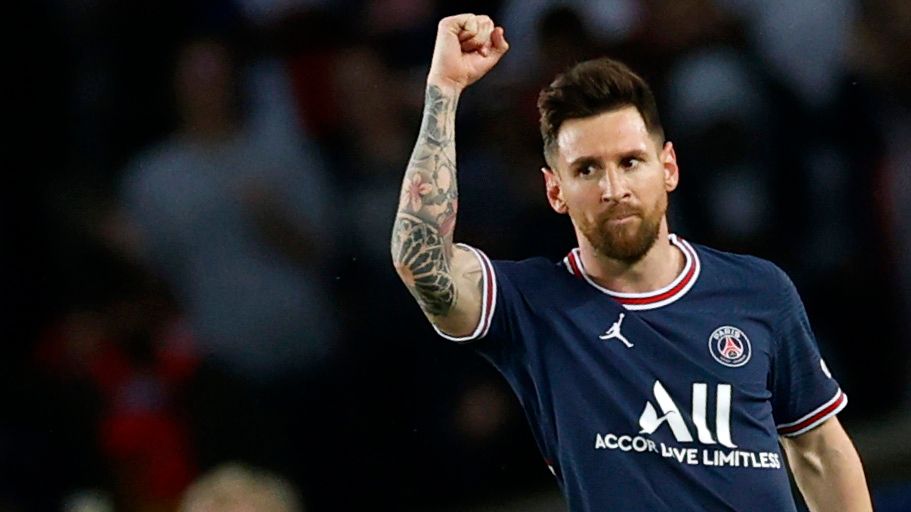 Lionel Messi is about to end a very special 2021. With the Argentine national team shirt, the Rosario star achieved what he had been denied since his debut in the major. Last July he was crowned champion of the Copa América after the historic victory against Brazil in the mythical stadium Maracana. And now, when there are still four dates left for the close of the Playoffs, the Albiceleste his participation in the Qatar 2022 World Cup was assured.

At the club level, the story was a little different. When everything seemed that his continuity in Barcelona was assured, the economic problems of the culé club were the trigger for his departure. Through tears he said goodbye to his teammates and the fans who celebrated their titles at the Camp Nou, but after a few days, in a lightning pass, the flea left Spain and moved to the capital of France to play in the Paris saint germain.

His arrival at PSG generated a revolution in the city and also had a positive impact on the income of the club and of Ligue 1, the highest competition in French football. Now with the team he leads Mauricio Pochettino as the sole leader, new data related to the commercial impulse that caused Messi‘s disembarkation became known. According to the newspaper L’Équipe, the beIN Sports chain signed six new TV rights contracts for the 2021-2024 cycle since the Argentine became No. 30 of the Parisian team.

In addition to Belgium, where Eleven Sports got the rights this week, India -through Viacom 18– and Vietnam -with the chain Reddentes Sports-, who in recent seasons had made the decision not to broadcast the championship, regained the possibility of passing the most outstanding matches of the world champion soccer league.

It should be noted that beIN Sports, owner of the television rights of Ligue 1, pays the Professional Football League (LFP) an insured minimum of € 75 million per season to manage the broadcast of the competition abroad.

In addition to the countries mentioned, in the Nordic peninsula, either Sweden and Norway, the new stations, Amedia and Bonnier respectively, they signed up to broadcast the league. On Spain, the affiliate chain of the Qatari group beIN Group, closed an agreement with Enjoy TV, an agency that kept the rights after Telefónica’s refusal. Meanwhile, PSG matches are broadcast on the Telecinco network and on Twitch through the famous streamer Ibai Llanos.

According to information released by the French sports newspaper, With these new contracts, the guaranteed minimum income has already been exceeded, which will allow beIN Sports and the LFP to share the benefits of these agreements. In a statement released by the beIN Media Group itself, owned by Qatar like PSG, “already achieved a growth in the number of viewers in the signals located in North Africa and the Middle East of more than 76% of the audience during the classic that the Paris team and the Olympique de Marseille staged on October 24 ”.

After entering 15 minutes against Uruguay in Montevideo and starting against Brazil in San Juan, Messi is already in Paris to continue working and recover the best physical level after the injury on his left leg that drove him away during several PSG games. Next Saturday, Pochettino’s team will host Nantes leading the local tournament with 34 points, 10 more than their immediate pursuer. Then, on Wednesday 24, the French team will visit Manchester City in a key duel to define the leadership of Group A of the Champions League.

Flights, packages, tickets and accommodation: how much does it cost to travel to the Qatar World Cup 2022