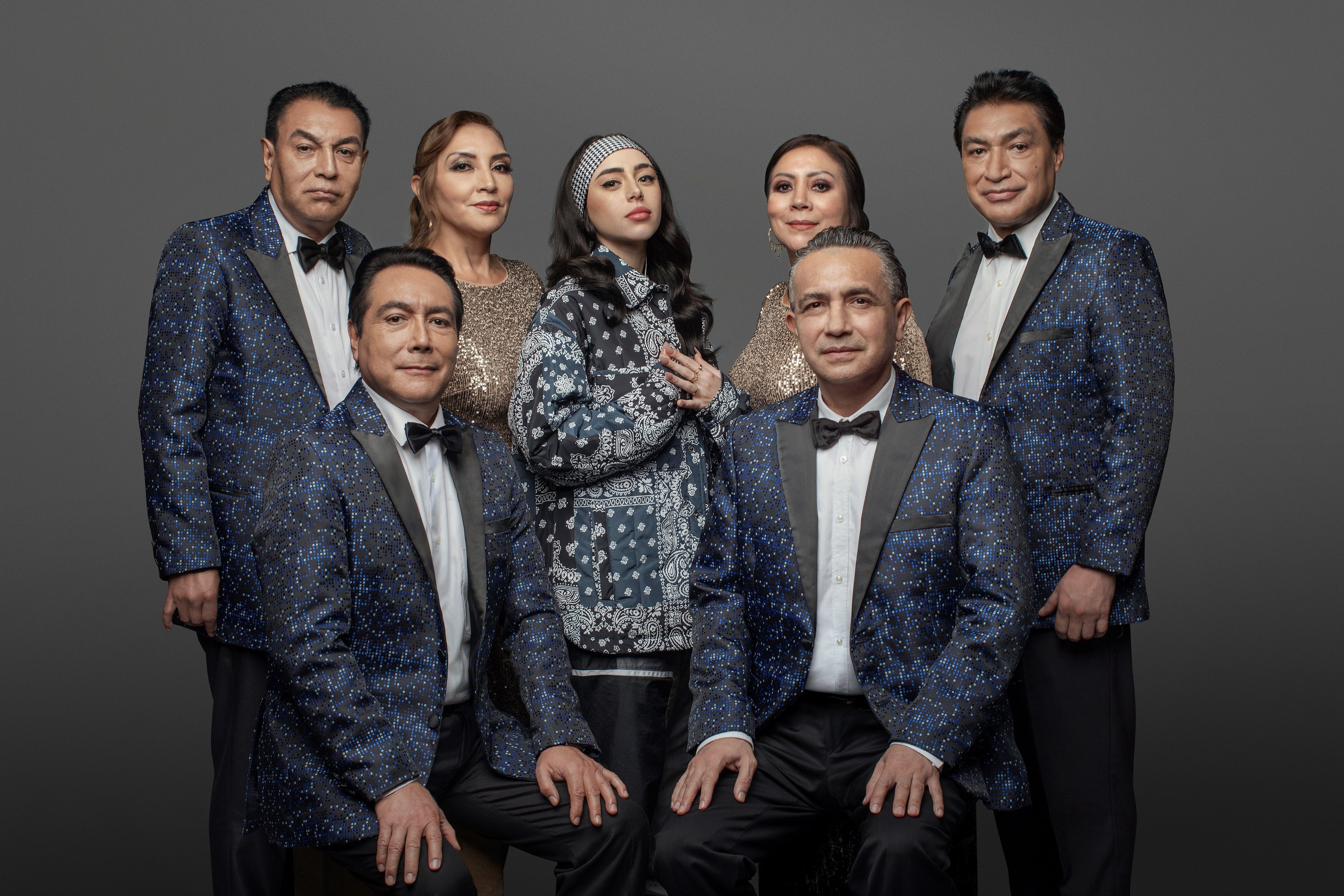 The blue Angels celebrate 40 years of career with their new single “Otra noche” and sold-out concerts in the United States after overcoming the pandemic because, as they say this Friday in an interview with Efe, “Cumbia is infinite”.

“You are always working because you are always recording. Cumbia is infinite. In other words, we thought that one day it would end, but we have been playing cumbia for 40 years and we continue to play cumbia, ”he says. Jorge Mejia, composer and arranger of the group, from Mexico City.

WITH MORE RHYTHM THAN EVER

The group, which was born in 1980 in Iztapalapa, in the south of Mexico City, enjoys more success than ever, as reflected in its new single “Otra noche”, with Argentine artist Nicki Nicole, and its Latin Grammy nomination in the best cumbia / vallenato album category for “From Buenos Aires to the World”.

From playing in the most popular neighborhoods of the Mexican capital, now the Mejía brothers carry out the tour “40 Years USA Tour” with sold-out tickets in cities such as Corpus Christi, Los Angeles, Las Vegas, Washington DC, New York and San Diego.

“Since we were children we have walked in all the squares, in all the fairs, in all the places, weddings, 15 years, cities, until after thirty-odd years of playing together, we step on a National Auditorium, and now we are stepping on many arenas and ‘convention centers’ in the United States ”, says Jorge.

The significance of his music has attracted young artists such as Ximena Sariñana, Natalia Lafourcade, Belinda, Horacio Palencia, Lalo Ebratt or Vicentico.

But far from missing the essence of cumbia de The blue Angels, this has been consolidated, according to Elías Mejía “the Doctor”, bass player and co-founder of the group.

“Nice because since we started doing the duets we had an idea of ​​how our songs were going to be there with them, but I think that as each single is released with duets, you realize that the market for our cumbias it has been expanding ”, he mentions.

Even so, cumbiancheros They are not afraid of other rhythms, although 95% of their repertoire is composed of the group, says Alfredo Mejía, who plays the accordion and the keyboard.

For the sample is “Otra Noche”, with more than 4 million views on YouTube in less than five days, a song by Nicki Nicole, a 21-year-old Argentine singer who is an exponent of Latin trap, rap and R&B.

“It was a very nice experience, a reggaeton theme, by an Argentine artist and mainly it was filmed in a very emblematic pulqueria, but with a lot of rhythm, a lot of people dancing ”, says Alfredo. 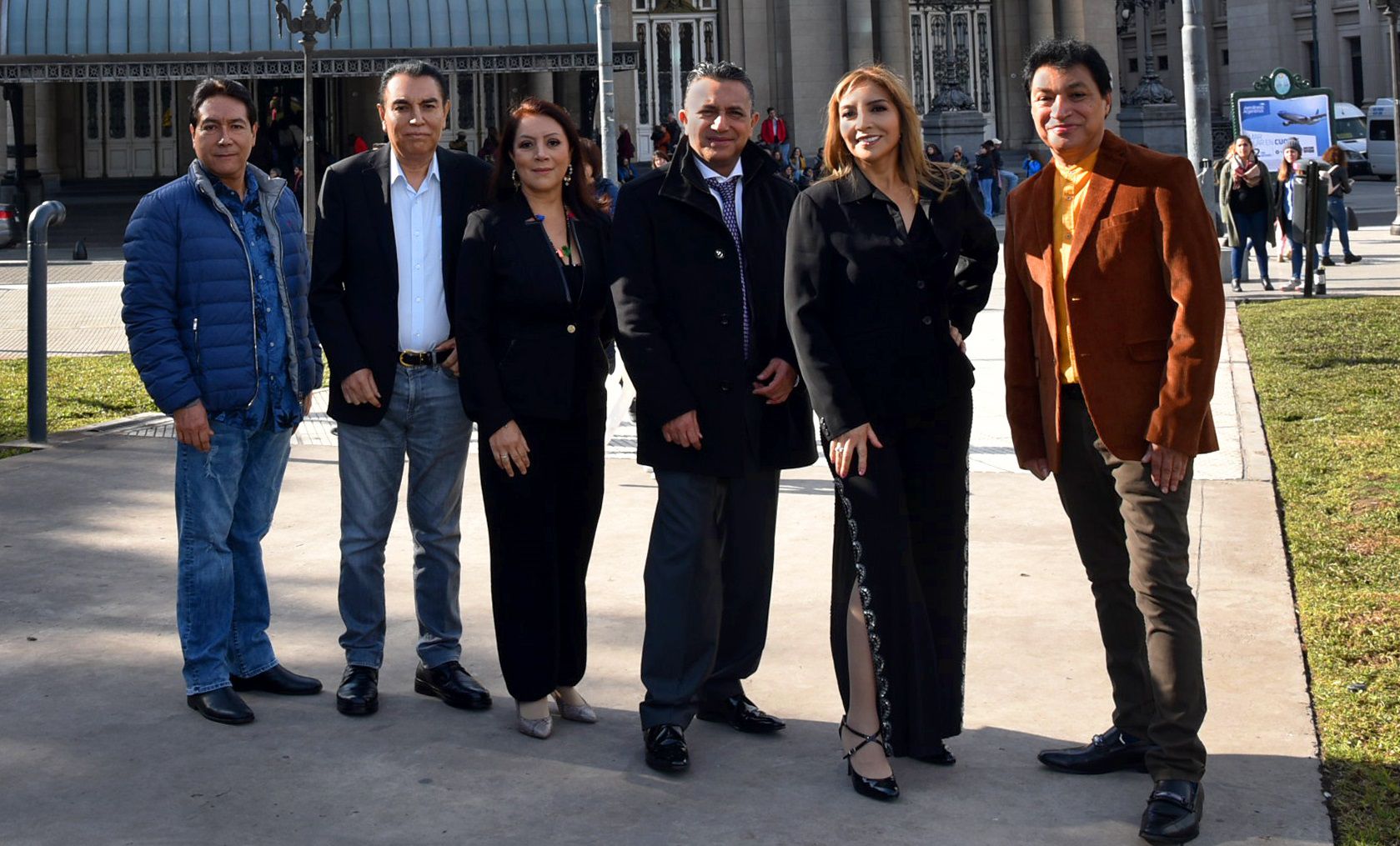 Jorge likes to boast that, unlike other groups, “The Blue Angels have never stopped playing”, although the pandemic forced them to postpone the celebration of their four decades.

“Here for 40 years we have never stopped playing, until now what happened (the pandemic) arrived, what happened was what necessarily (prevented playing), because we did not want to expose our audience, we did better ‘streamings’ and we no longer did face-to-face events “, laments the composer.

While in the United States they have concerts with full capacity, in his native land there are still no plans to celebrate, although the Doctor believes that the situation in “Mexico is composing.”

“Right now we are happy because all the places where we go are full and well imagine, celebrating the 40 year tour. And that for us was very spectacular, ”says Elías.

Jorge acknowledges that four decades of career “is complicated because it can be called a lifetime”.

The Iztapalapa musicians, who in 2018 were the first Mexican popular music band to play at the Coachella festival in Los Angeles, are still impressed because their concerts in the United States are attended by both people from all over Latin America and English speakers.

Even so, Los Ángeles Azules does not dare to advise other artists, warning that “it is a constant struggle” and “that each group brings its own story.”

“Since Los Ángeles Azules was born, it has been very familiar, from the mother to the children. And we have been struggling little by little to start from nothing and see where we are right now ”, concludes the Doctor.

Pablo Montero was reunited with his two daughters: “I have to share this emotion that I bring”