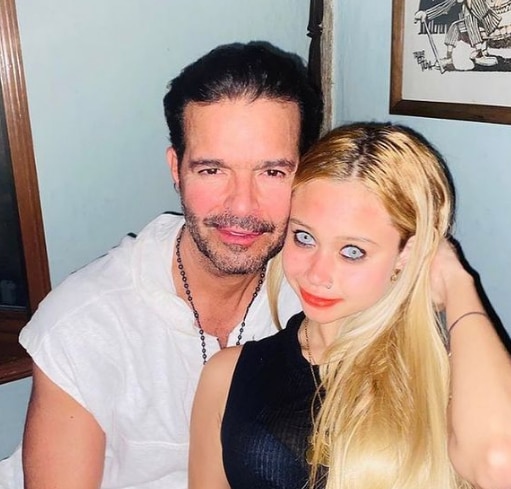 Pablo Montero was in the public eye during the last months after his participation in the reality show Telemundo “The house of the famous ”. When he was inside, Gisella Aboumbrad desperately tried to be his romantic partner, while the actor was disinterested. Even, in the last moment of the program, the singer also kissed Alicia Machado on the lips.

But even with all these events involved, the end of this show brought with it more controversy than expected, since images of Pablo Montero with a mysterious woman of apparently 21 years began to circulate in networks.

In a series of photos and videos that flooded the internet, it was possible to see a young woman identified as Nicol Cast kissing the actor and sharing several moments with him. However, Montero did not declare anything about it, he even stopped following the young woman on Instagram. For her part, the young woman deleted the photos and stories with the singer.

So far it has not been clarified what type of relationship the two have, but Internet users have created all kinds of theories and have even labeled Gisella for her opinion on the matter.

“What will Ernestina alias @gisellatv think of this?”Can be read on some Instagram accounts.

What happened to Pablo Montero at LCDLF

As the weeks went by on the reality show of Telemundo, something that caught the attention of viewers was the insistence with which Gisella tried to make Montero fall in love, despite the fact that the artist all he did was treat her indifferent.

One of the most controversial events was when Gigi decided to confess her love to Montero and he decided to ignore her completely. Everything happened while the two artists were in an intimate conversation and Gisella took the initiative.

“From love I learned that you have to say what you feel in the moment because sometimes it can be late. Never forget that I love you, it has been a nice trip so far ”, she began to say nervously.

But Paul replied: “It has been a very beautiful friendship, very sincere and with a lot of communication ”.

Despite the nonchalant response, Gigi continued and told Montero that her confession was not something she couldn’t say in front of everyone. Later, he gave Pablo a paper that said “I love you”, But the actor told him that he did not understand.

The only response he received from Pablo was: “OK”.

In other broadcasts of the show, Pablo Montero had an intimate moment with Alicia Machado to relive caresses and kisses as when they were a couple in 1997.

The atmosphere between two of the most controversial contestants of the The House of the Famous got intense while a party was being held inside the reality show from Telemundo.

The account of Instagram from Telemundo revealed the video after kissing on the mouth and being very close talking, there the Mexican asked the Venezuelan actress: “What are you and me?”, To which she replied: “nothing.” Although that did not stop the hugs, kisses and dances between them from stopping.

Pablo Montero was reunited with his two daughters: “I have to share this emotion that I bring”