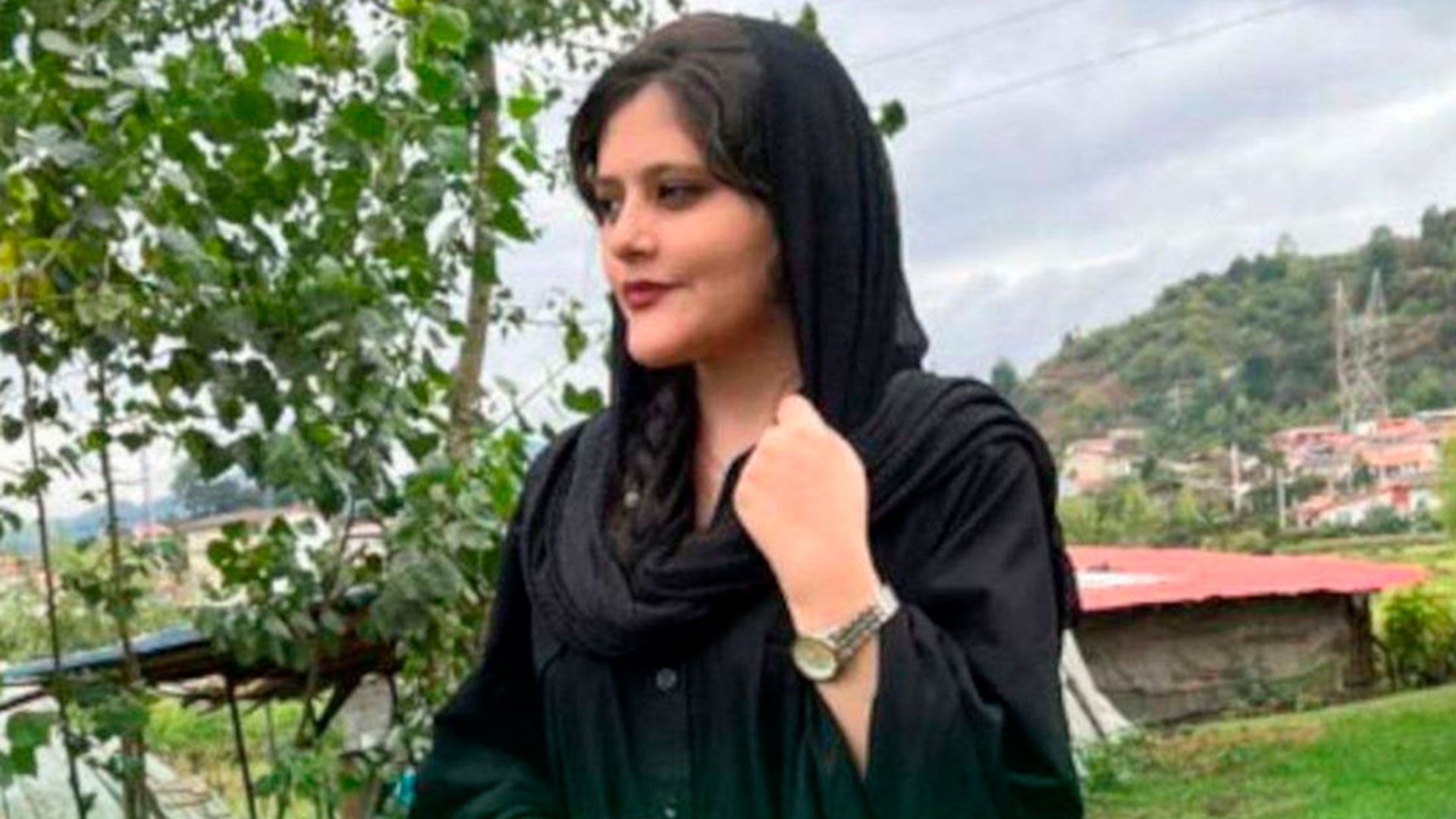 The death of a young woman after being detained by the Police for not wearing the veil correctly continues to shake Iran this Sunday with protests, front pages of the reformist press dedicated to the deceased and calls for action to be taken.

the young Mahsa Amini22, died on Friday as a result of the heart attack and coma he suffered on Tuesday at a Tehran police station, where he was arrested by the so-called Morale Police for not wearing the veil wellobligatory garment in the Persian country.

Two days after his death, protests and signs of popular discontent continued.

“Women, life and freedom” chanted a group of protesters at Tehran University over Amini’s death on Sunday, the Iranian news website reported. Ruydad 24.

Videos shared on social networks by Iranian journalists showed several dozen young people marching in the capital’s university, singing protest songs. Other videos shared by netizens showed more protests, but their authenticity has not been verified.

Those protests follow those that took place on Saturday during Amini’s funeral in his hometown of Saghez, as well as in the capital and other parts of the country.

The Iranian authorities confirmed the recent protests during the burial, where there were repression, detainees and wounded. “At the funeral of Mahsa Amini no one was killed and there were only a few minor injuries”, the deputy of Saghez Behzad Rahimi clarified to the Iranian media. According to him, a wounded man “was hospitalized at the Saqez Hospital after being hit in the intestines by bullets.”

The Kurdish rights group Hengaw said, however, that 33 people were injured in Saqez.

The politician claimed that the security forces used “shot” in the protests caused by “opportunists”.

In the protests at the funeral, many women removed their veils in defiance and protest.

The veil has been mandatory in Iran since the Islamic Revolution led in 1979 by Ayatollah Ruholá Khomeini, who declared that without it women were “naked”.

The garment is ubiquitous on the streets of the country, where it is extremely rare to see a woman without her head covered, although many actually only cover the back of their heads, at a minimum.

The front pages of the main Iranian newspapers showed that division in the country, with most of the conservative newspapers with the image of the supreme leader, Ali Khamenei, on the front page, while the reformers dedicated it to Amini.

“The humiliating death of Amini”, titled the reformist Etemadwhich showed his grave in a photograph.

This newspaper recalled that “widespread discontent with morale patrols is not new” and compiled other similar cases from the past.

He is also a reformer Armane Emruz On its front page, it called for an investigation into the actions of the Moral Police and stated that its members are not trained. For its part, the newspaper Aftab headlined the cover “Clash in Iran”.

In turn, even the moderate newspaper Jomhouri Eslami alerted by the “social fracture” that can be provoked by the “violent behavior” of police officers.

“Mahsa is now more alive than us”, assured the filmmaker Asghar Farhadi, winner of two Oscars for the best foreign film. “We are asleep, without reacting to this endless cruelty. We are accomplices of this crime”, he asserted.

“The hair of our daughters is covered by a shroud”, several players of the national soccer team wrote in a common story (ephemeral post) on Instagram.

“If that’s Muslims, may God make me an infidel”, stated Sardar Azmoun, forward of Bayer Leverkusen.

Prominent activist Masih Alinejad shared a video in which several women cut their hair and burn their hijab in protest against the regime.

Amini was from Kurdistan, where there were also protests on Saturday, including at the funeral in his hometown Saqez. The Iranian Revolutionary Guard has long suppressed unrest among the Kurdish minority.

The anger of many Iranians began when it emerged on Thursday that Amini was in a coma at Kasra Hospital in the capital after suffering a heart attack at the police station where she was detained by the Moral Police for not wearing the veil properly.

Police denied any responsibility in a statement and He stated that the young woman “suddenly suffered a heart problem.”

In addition, the police authorities published a video in which Amini is allegedly seen falling to the ground while talking to an officer at the police station, but the family has not confirmed that it is her.

Given the discontent, the president of Iran, Ebrahim Raisí, ordered an investigation to clarify what happened.

Raisí’s ultra-conservative regime has in recent months increased pressure for women to comply with strict dress rules, making the number of the feared Morality Police vans more visible than before on the streets, as well as arrests.

Shocking protests against the Iranian regime: women took off their veils shouting slogans against the ayatollah after the death of the young Mahsa Amini