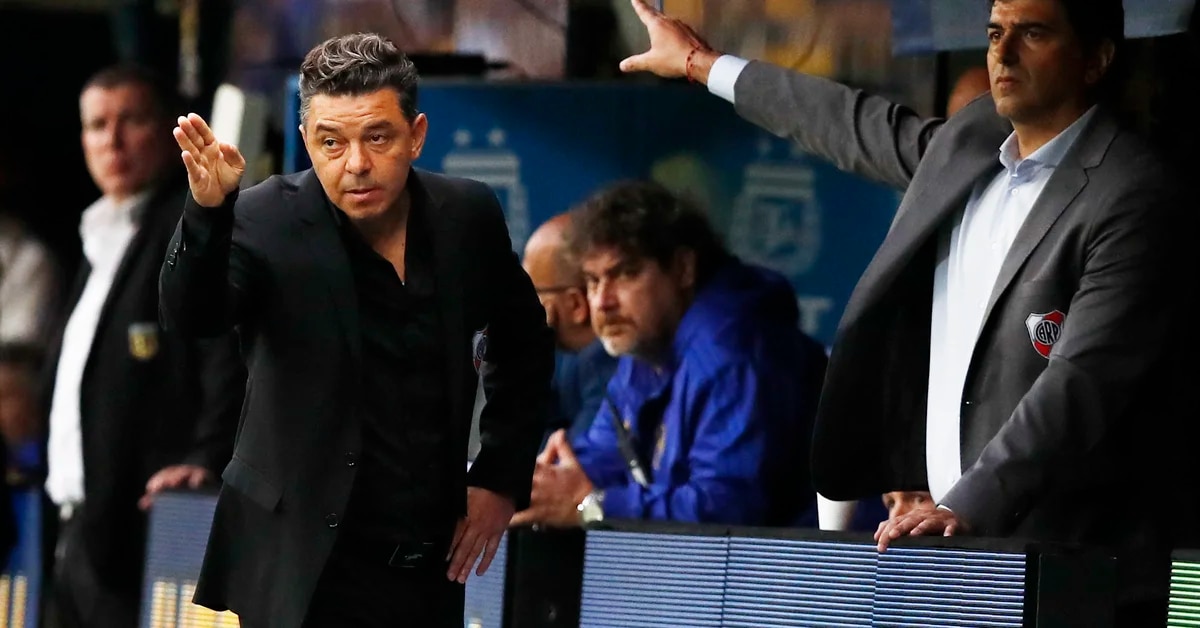 * The analysis of the Doll on the stumble of the Band

Marcelo Gallardo gambled and lost. This time, his game plan, with five defenders and two forwards without giving reference to his rival, did not work, and even when he later modified the scheme in the complement, River Plate ended up losing 1-0 to Boca Juniors in the Superclásico played in La Bombonera for date 18 of the Professional League.

El Muñeco was one of the last to leave the stadium after the stumble and spoke before the microphones, disgusted with the result and what was offered in the game that he described as “less than mediocre”. “The detail ends up defining the match towards Boca with a stopped ball. He could have been ours in the first and he was theirs in the second, ”he said, based on the few scoring chances that were seen in the match.

“As for being wrong, I can always be wrong, if that’s your opinion. The game plan was the one we used in the first half with exits from the sides with the full-backs. We couldn’t run it. In the second half the changes were planned and we would change how we played. In a flat game in general, the detail was in a stopped play, ”he insisted when asked if he failed to read the match.

“After their goal we didn’t have that search. It is what remains to us the most, not having been able to get out of that blow. We had players on the court to be able to do it, ”concluded his analysis.

* The DT made self-criticism, although he also noted that Boca did little for the game

OTHER DEFINITIONS OF THE MILLIONAIRE DT

“We did very little, also what Boca did. The one that Armani takes before the goal, were very light approaches. In that minimum detail that there were two goal arrivals from each side… First, to take care of ourselves that we couldn’t play as we wanted”.

Did the test with line 3 lack an essay?

“It’s not a matter of having played or not. I have smart players who are capable of using any system. This is not about whether he trained it two days before to play it. No. I train it throughout the year to use it at any time and without problems. It is like that, they are the strategic bets of the coaches. Sometimes it comes out, sometimes it doesn’t. Now since we lost they are going to talk about it not coming out. Apart from that, we lost the game in the second half, when we were with the line of 4. To not accommodate it as it suits them. We always try to surprise, today we couldn’t do it”.

River was relegated from the fight for the title in the League?

The fight for the championship, although this match is emotional, will depend on us, to see if we can come out with Wednesday’s match -against Banfield-. We are all there with nine dates to play. It will be up to us to know if we can get out of this moment.”

A hint for Marcelo Gallardo and the premonition of the Boca Juniors squad: 10 phrases from Riquelme after the win against River Plate

The bulletin of Boca Juniors and River Plate in the Superclásico: Benedetto and Figal as pillars of victory and the weak performance of the Millionaire