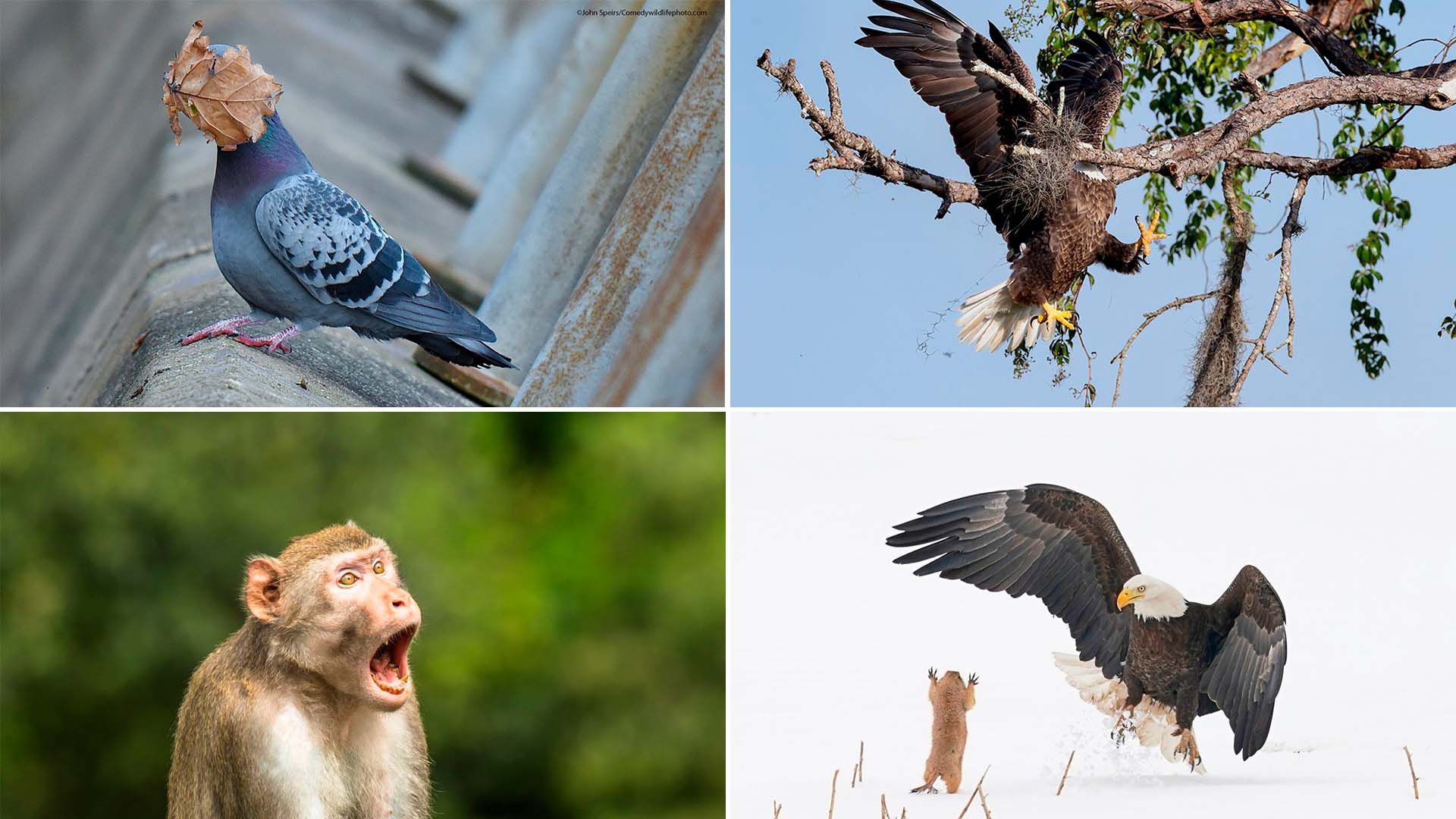 While the main prize was awarded to Ken jensen for a hilarious portrait of a male monkey sitting on a steel cable, other winners range from a blinded pigeon for one sheet, one chipmunk and a hawk ready for a fight or a Otter that carries its young by its snout while crossing a river.

All photos capture Unique moments or they have something particular that makes them enter this curious and fun selection.

This year’s undisputed winner, Jensen’s jumpsuit, is proof of this as the moment captured by the photographer it seems to be one thing when in reality it is something else. 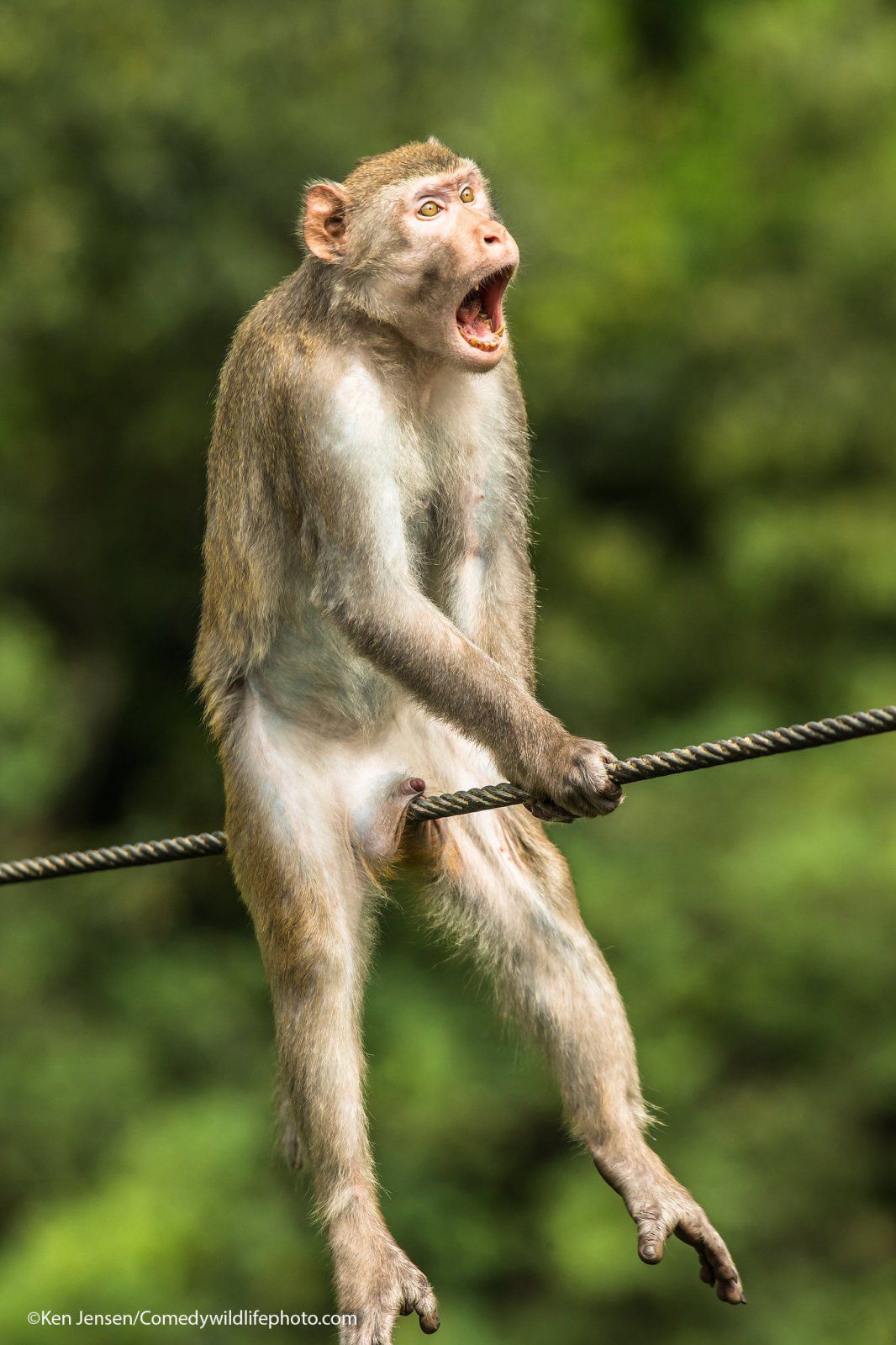 The animal is a golden silk monkey from Yunnan, China, and in the photo it is showing aggressiveness, stretching his body, tensing his legs and arms and opening his mouth while emitting a scream of danger. But in the picture, the monkey is on a wire held only by his genitals, making the photographer’s caption, ‘Ouch!’, more than pertinent.

Jensen will be rewarded with a week-long safari in the Masai Mara reserve in Kenya as the overall winner this year. While the award for the public’s selection came to a clueless pigeon, protagonist of the photo titled: ‘I guess summer is over. ‘ 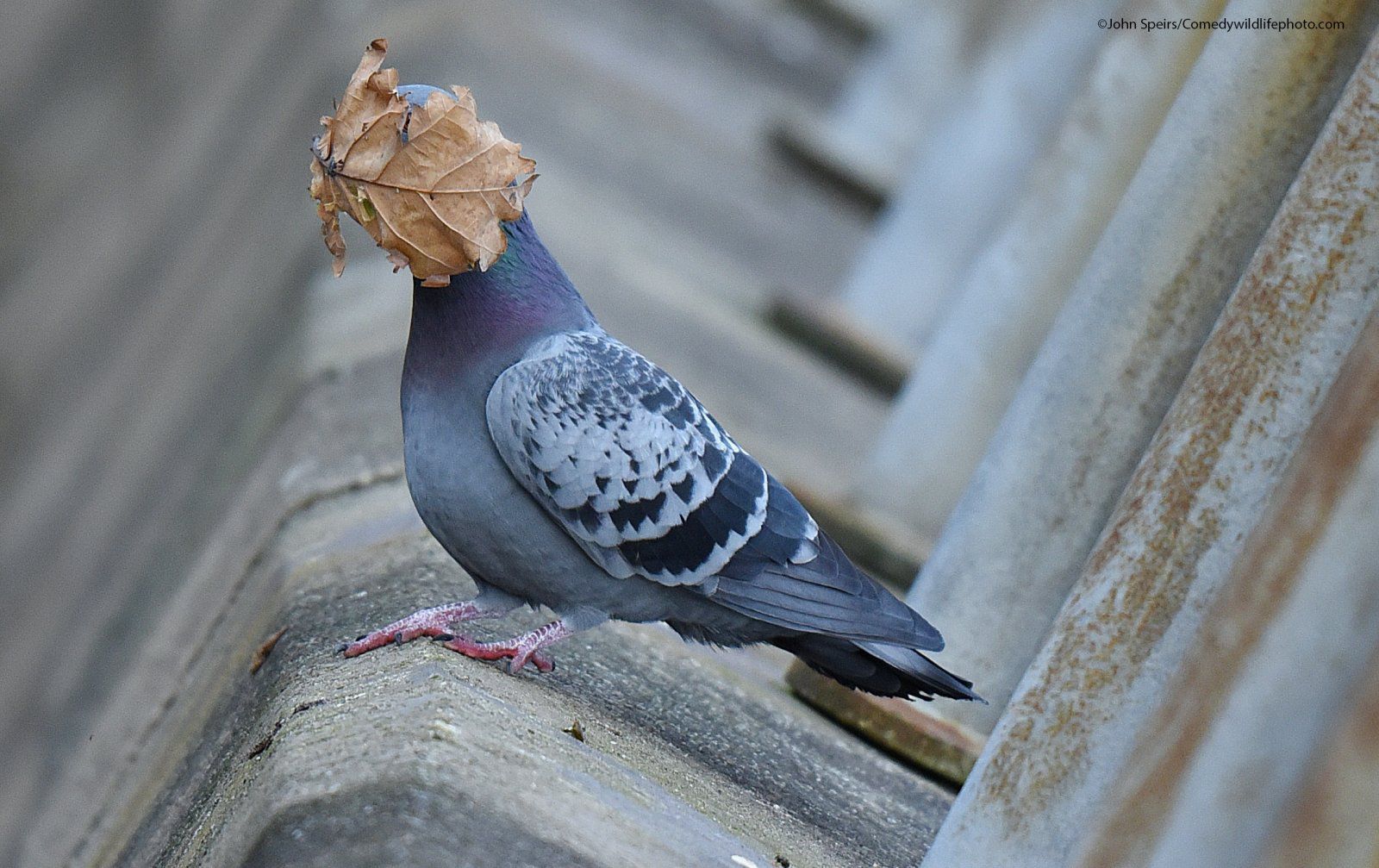 “When this bald eagle failed to grab this prairie dog, the prairie dog jumped at the eagle and scared it enough to escape to a nearby burrow. A true David vs. Goliath story! “, says the description of the winning photo of the category “Animals on Earth” which is titled “Ninja Prairie Dog.” 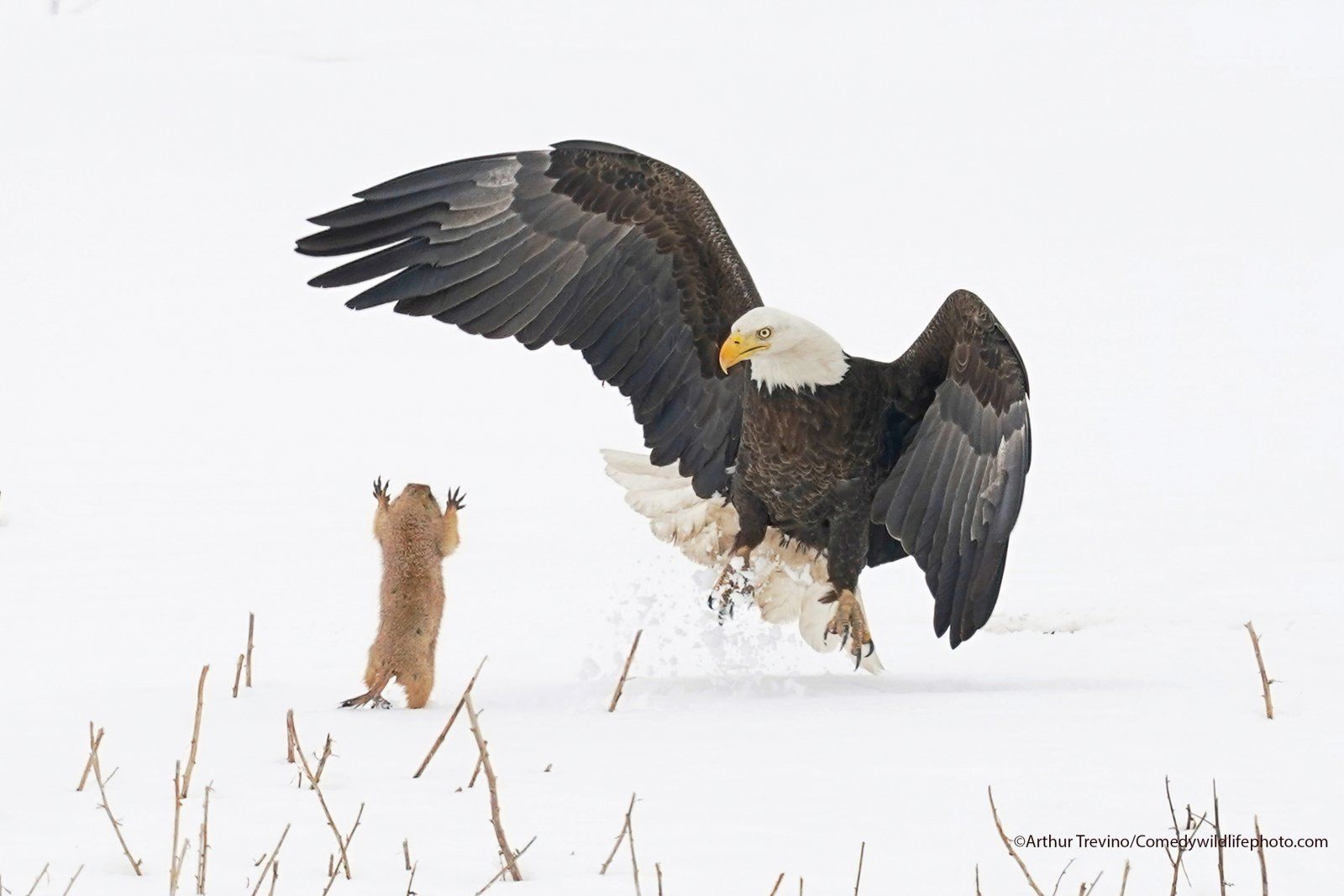 Another of the funniest images, which although it did not win was among the outstanding ones, is the photo taken by David Eppley entitled “The majestic and graceful bald eagle”Which shows one of these impressive birds crashing into its nest.

“Bald eagles will use the same nest for years, even decades, adding new material at the beginning and during the nesting season. Normally, they are very adept at plucking branches from trees as they fly. Possibly tired of working non-stop all morning on a new nest, this particular bald eagle was not showing his best shape. Yes, sometimes they fail. Although this seems painful, and it very well could be, the eagle recovers with just a few blows of the wing and chooses to rest a bit before doing another wood run. “says the description of the photo.

Here are other images selected as the best of the year

Alzheimer’s in animals: two drugs in use offer novel results