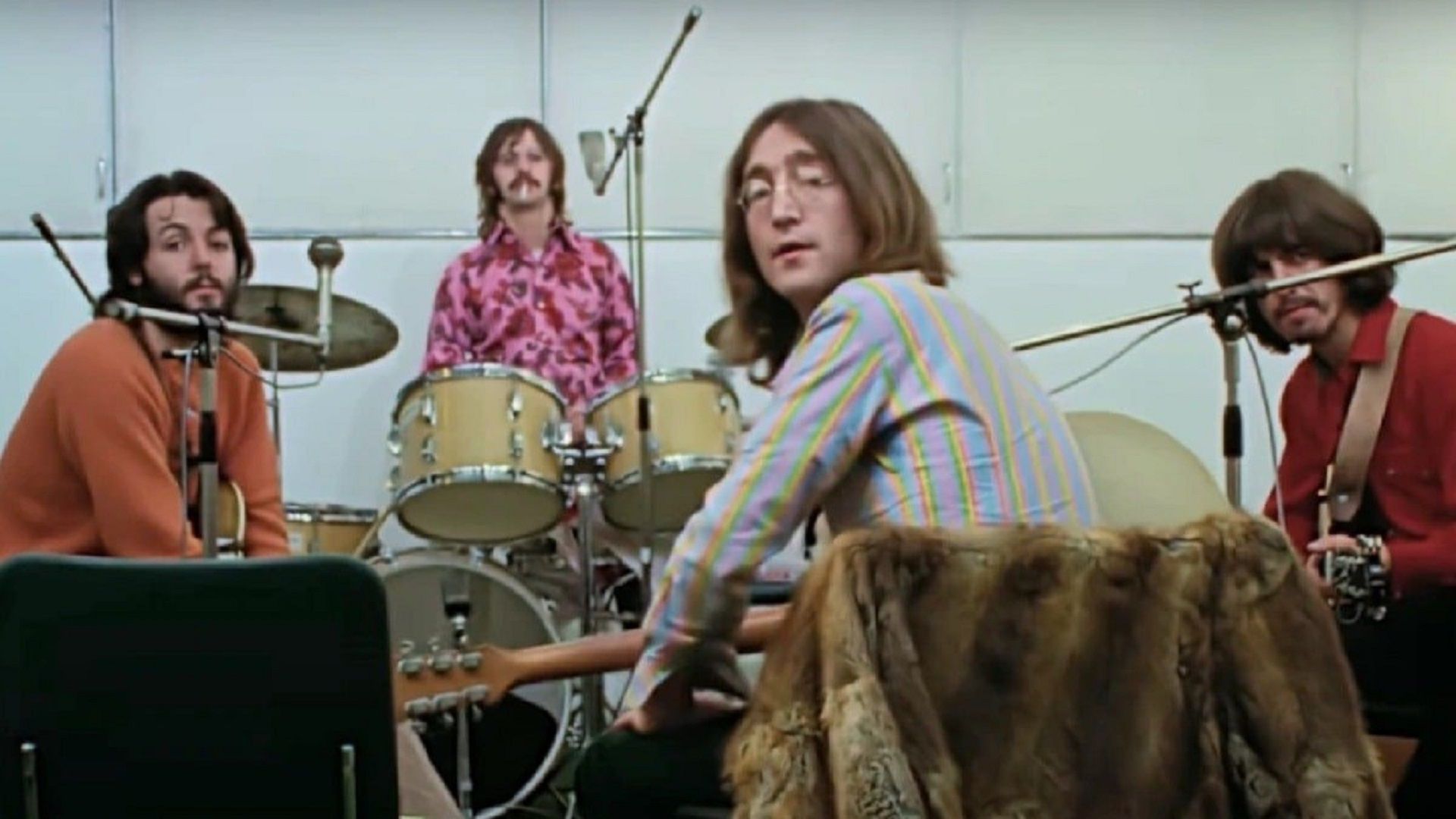 For 50 years, history said that the recording session of “Let it be” of the Beatles It was a miserable experience, with the band members fed up with each other and their work and in the process of breaking up. A documentary of almost 8 hours produced by Peter jackson, made with discarded films and recordings from those sessions, instead reveals a self-conscious band with a rare connection and work ethic who still knew how to have fun, although it was in the process of breaking up.

“Get back”Will air as a three-part series on Disney + as of Thursday, the Thanksgiving Day on USA.

Produced by a Beatlemaniac for others BeatlemaniacsIt can be an exhausting experience for those who are not in that club. But the club is quite big. Beyond the delights it offers to fans, “Get back”Is a look at creative process of a band that is still popular half a century after it ceased to exist.

Jackson, the winning director Oscar from “Lord of the rings“(” The Lord of the Rings “), was discussing another project of the Beatles when he asked what happened to all the discarded takes from the 1970 film “Let it be” from the director Michael Lindsay-Hogg.

There were nearly 60 hours of film shot over three weeks, most never seen before, and the band had been considering what to do with them. Jackson took that material, as well as 150 hours of audio recordings, and spent four years building a story..

He approached it with the fear that it might be a depressing job.

The movie of Lindsay-hogg is considered a chronicle of the disappearance of the band – unfairly, to say Jackson– because it was released shortly after the breakup was announced. Some Beatles they reinforced the idea by making negative comments about the experience; They had given themselves a very short time to write and record new material in preparation for a live show, with cameras following everything.

Oh, there is conflict. The story overshadows the pleasant moments revealed in the discarded shots, such as John Lennon singing “Two of Us” as if Bob dylan, or he and Paul MCCARTNEY challenging each other to sing without moving their lips. Jackson restores balance.

“The connection was amazing“Recalled the drummer Ringo starr in a recent interview via Zoom. “I’m an only child, (but) I had three siblings and we take care of each other. We had a few fights, it’s natural. But musically, every time we counted ‘one, two, three, four’, we wanted to be our best.”.

Jackson follows the sessions day by day since they began on a cavernous film set that was eventually abandoned in favor of his well-known recording studio in London, until the brief presentation on the rooftop, the last time the Beatles they played in public.

The filmmaker is sensitive to the idea that he was hired to “disinfect“The sessions, and noted that”Get back”Shows George Harrison briefly leaving the band, something that Lindsay-hogg they did not allow him to show.

That happened one morning when Harrison silently observed Lennon and McCartney working in “Two of UsAs if the others weren’t there. When it was time for lunch, Harrison he had something more permanent in mind.

“I leave the band now”He says almost naturally before leaving.

After a few days and a couple of meetings, the band convinced Harrison to come back. The morning he does it, the movie shows him already Lennon reading a fake news that they had come to blows and making fun of it by doing boxing stances.

In the path, Jackson’s project dispels and reinforces popular myths that have solidified over the years.

Myth No. 1: McCartney was an obsessive controller.

Verdict: Partially true. The film shows Harrison visibly irritated with McCartney giving him and other band members instructions on how to perform and cajoling them into making a decision about a live concert. The band had been slightly aimless since the manager’s death Brian Epstein in 1967. McCartney had assumed the role of “dad”And he’s not entirely comfortable with it.

“I’m scared to be the boss, and have been for a couple of years“, He says. “I don’t get any support”.

Verdict: Fake. She is present in practically all recording sessions, but mostly as a benign force sitting next to Lennon. The other spouses of the Beatles They appear in the study, although not as often. In a moment, McCartney he even makes a prophetic joke about her.

“It’s going to be incredibly funny 50 years from now; they broke up because Yoko sat on an amp“, He says.

The afternoon after Harrison he left, the Beatles The remaining ones clearly expressed their frustration with aggressive and atonal music, and Or not he took his microphone in a fascinating moment.

Myth No. 3: The Beatles had essentially become four solo artists, with others as companions in the songs of others.

Throughout the film, viewers can see how the song came about “Get back” from McCartney making a riff on the side, and he and Lennon exchanging lyrical selections and exchanging ideas to turn it into a song that criticized anti-immigrant sentiment and the whole band working on the arrangement. Satisfied with the end result, it is Harrison who suggests releasing it immediately as a single.

“Seeing them working together is a hugely important artifact, not just for Beatles fans but for anyone who’s creative.“, said Bob spitz, author of “The Beatles: The Biography”, Published in 2005.

Myth No. 4: The footage showed the Beatles breaking up.

Verdict: Essentially true. It is clear that the enthusiasm of Lennon and Harrison for being Beatles is waning. Lennon is clearly in love with Or not; McCartney tells Harrison and Starr that if it all comes down to a choice between her and the Beatles, Lennon he would go with her.

Harrison, growing creatively, is uncomfortable with his supporting role. Talk to Lennon about making a solo album because he has enough songs written to fill his “share”In the albums of the Beatles for another decade. To prove their point, Beatles they rehearse the majestic “All Things Must Pass” from Harrison, but they refuse to record it.

In the movie, Lennon and Starr also discuss a meeting with the manager of the Rolling Stones, Allen klein, about taking over the business of Beatles, heralding a bitter separation from McCartney.

Jackson, of whom a conventional documentary was expected, said he was nervous about showing his final product much longer to McCartney, Starr and the families of Lennon and Harrison.

“But they came back and said, ‘great, don’t change a thing’“, said.

Among the priceless moments he unearthed is the joy on the faces of the Beatles while they played on the roof of the studio. The movie shows all the acting, the Beatles up to the challenge and having a great time.

When the police finally put an end to it, the band and entourage retreat to the studio and listen to a recording of what they have done.

“This is a very good essay for something else“Says the producer George martin.

Something that, unfortunately, did not come to be.

The documentary “Get Back” shows the Beatles “like never before”