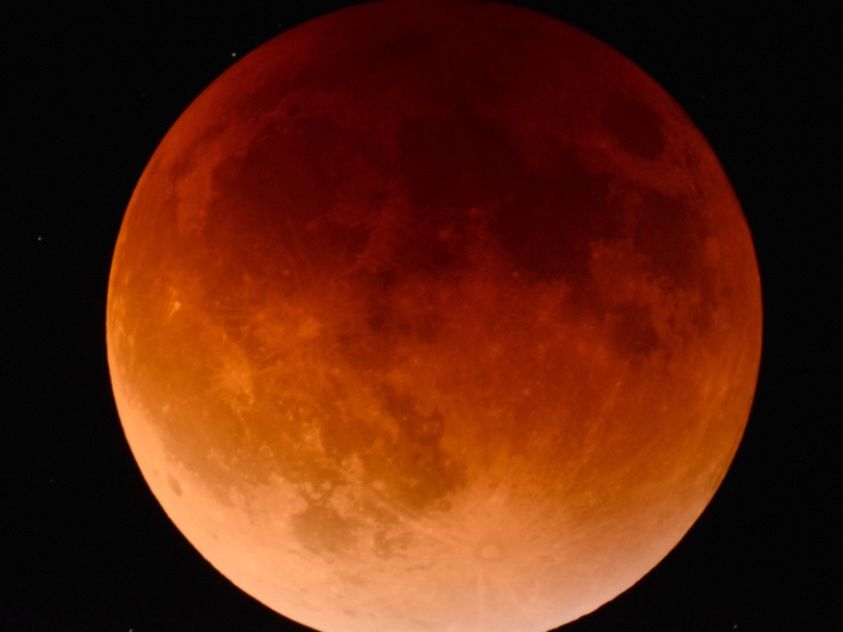 This November 19, the American continent will witness a partial lunar eclipse, the last of the year and the longest of the century, with a total duration of three hours and 28 minutes; During the duration of the phenomenon, the moon will appear reddish, which makes it a sight worth seeing.

This unique event occurs when our natural satellite is covered by the Earth’s umbra., that is, by the darkest part of the shadow that our planet generates, giving the moon a reddish-orange color that will be appreciated in plain sight.

According to German Puerta Restrepo, scientific disseminator of the Bogotá Planetarium and author of books related to astronomy, this partial lunar eclipse can be seen throughout America, it is enough that the sky is clear towards the west, that is, people should be aware of directing their gaze and paying attention in the direction where the sun is setting.

In most of Latin America, the partial eclipse will begin at dawn, for this reason we invite you to observe the following information by country:

In countries like Argentina, Chile and Uruguay, this eclipse will begin to be seen around 4:18 in the morning, the moon will reach its reddest point at 6:02 a.m. and finally, it is around 7:47 in the morning that the eclipse will end.

In Mexico, the eclipse can be seen at dawn, at 1:18 am, the point of greatest visibility of the eclipse will be reached around 3:02 am to end at 4:47 am

In some time zones of USA the eclipse will be appreciated to a greater or lesser extent due to sunrise and the arrival of the sun; Nevertheless, The East Coast of the country will be able to appreciate this astronomical phenomenon at 2:18 a.m., it will reach its peak at 4:02 a.m. and end at 5:47 a.m., on the other hand, the The West Coast of the US will receive the eclipse on the night of November 18 at 23:18, the maximum point of the eclipse will be reached at 1:02 in the morning of November 19 and will end at 2:47 on the same day.

How to see the eclipse

Being a partial eclipse, where the Earth will cover 97.4% of the lunar disk, that is to say, almost all its surface, the effect that the Earth generates on the satellite will be able to be observed in plain sight of the people; Nevertheless, use of binoculars or telescopes is recommended for better appreciation.

In the words of Germán Puerta, during these lunar eclipses, the particular color of the moon is due to the solar radiation passing through the earth’s atmosphere, which acts like a prism and reflects that reddish hue on the lunar surfaceIn other words, the moon does not receive direct sunlight, the color it receives during the time of the eclipse is thanks to the light that the Earth reflects and that it receives through our star.

It is important to clarify that unlike a solar eclipse, this partial lunar eclipse does not represent a danger to vision, so it can be seen directly without the need for special glasses.

The technology implemented by insurers amid the pandemic