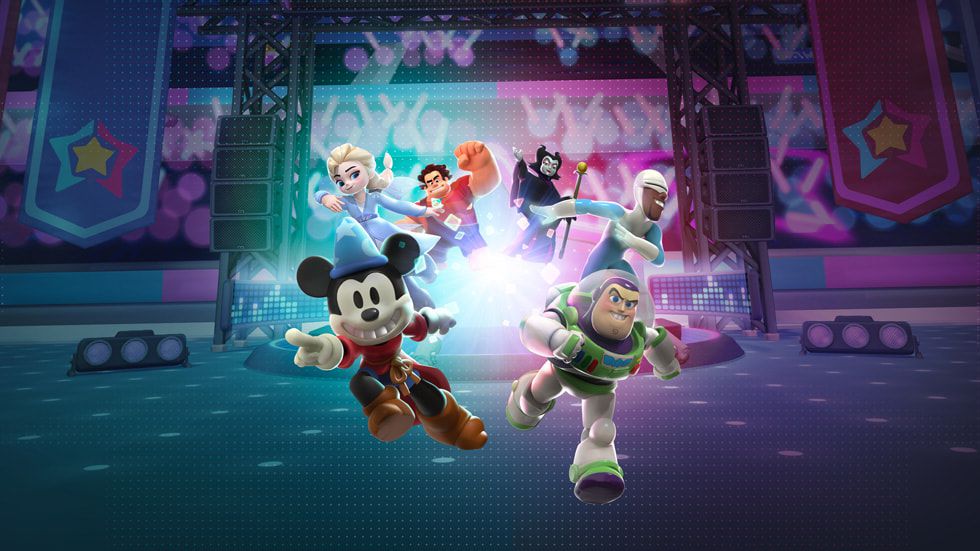 This December, users who have subscribed to the Apple Arcade service will be able to enjoy ‘Disney Melee Mania’, a MOBA where players will face off in 3 vs 3 multiplayer games involving iconic Disney and Pixar characters such as Wreck-It Ralph, Elsa, Moana, Buzz Lightyear, among others.

The game has been developed by Mighty Bear Games and promises to take the genre to another level, since true to the style of titles such as ‘League of Legends: Wild Rift’ and ‘Pokémon Unite’, each character in the catalog will have a unique set of movements and skills that added to those of the other characters and teamwork will lead the player to victory.

In order to win, you will have to get the most points by defeating the opposing team in 5-minute games. With each victory, users will complete a series of challenges that will grant them in-game rewards.

‘Disney Melee Mania’ will initially feature 12 playable heroes or characters; however, the brand maintains that others will be added regularly. “Fans will meet Disney and Pixar heroes in true arcade style in fun and unbridled group battles without quarter to settle the victors,” explained Simon Davis, CEO of Mighty Bear Games.

Currently, it is known that the game will be exclusive to Apple and therefore, it can be enjoyed only on iPhone, iPad, MAC and Apple TV, there is no certainty if in the future this title will jump to other platforms such as Android or Nintendo Switch.

What is Apple Arcade about

Launched in 2019, Apple Arcade offers a video game subscription service, where, upon subscription, users can access a catalog of more than 200 games of all kinds of categories designed to spend time with the family or for the little ones, for For this reason, this service also has the option of activating a time meter on the screen or parental control.

The interesting thing about this service is that it can be enjoyed on almost all the brand’s devices (iPhone, iPad, MAC and Apple TV in its latest update), in this variety of devices, players can start playing on iPhone and continue on MAC, all this thanks to its save function.

With an approximate cost of $ 5 per month (this value changes in each country), ‘Apple Arcade’ promises the community a catalog of games that is constantly expanding and that you can enjoy the games without any ads or purchases within the themselves.

Sony patents its own interchangeable covers for the PlayStation 5