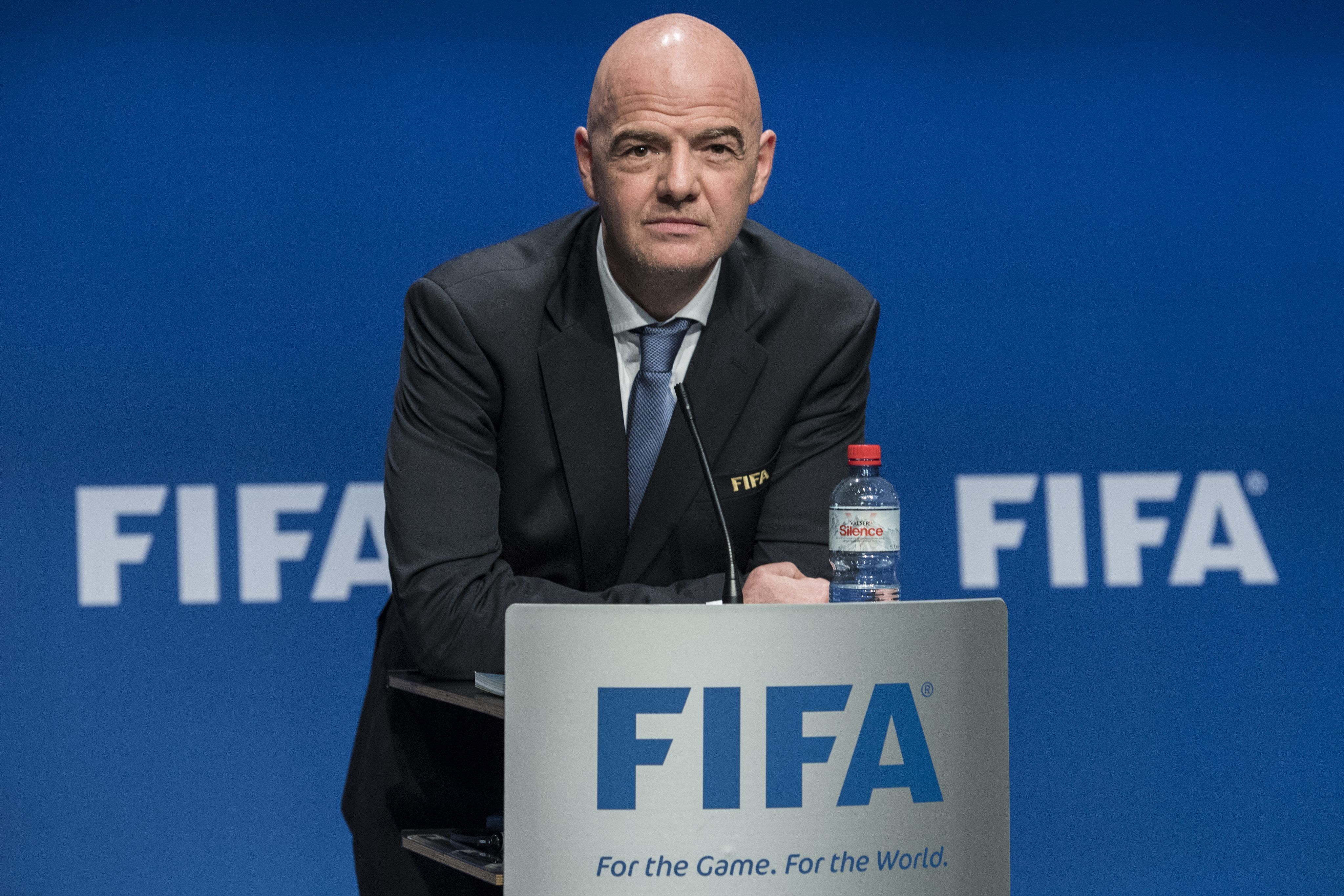 The presence of the homophobic scream has been expensive for Mexican soccer due to the multiple sanctions that the FIFA has imposed by said act on the Mexican team and recently to Blue Cross. Both will have to play high-profile matches without the presence of their fans in the stands.

Despite the fact that the strongest organizations within Mexican football have implemented different campaigns to try to prevent the discriminatory act from being present in national stadiums, it has not been possible to eradicate this action and given the situation, Gianni Infantino, President of FIFA, spoke about it in an interview for TUDN.

The head of the highest international soccer organization ruled that the punishments applied so far have not been enough to eliminate the cry, in addition to asserting that the intentions are not only to punish, but also to carry out an education plan.

“First, obviously, in FIFA and its tournaments there is no place for any type of discrimination, this is obvious and that is why we have our disciplinary groups and that is why they make decisions independently, but it is not enough ”.

“This is not about punishing, it is also about talking, discussing, educating, trying to work together. We are working very closely with Yon (de Luisa) the president of the FMF to try to make this change. We want children and families to go to the stadiums, ”Infantino added.

The president of the FIFA He also spoke about the presence of the homophobic act that does not provoke a cordial atmosphere within sports establishments.

“How can you take your children to the stadium if the players are insulted in any way? We can’t accept it we all have to work together to make this change in mindset so that football is played in a festive atmosphere ”, he pointed out.

The fans still seem not to understand the seriousness of the matter and has caused the Mexican National Team to have to play for the second time behind closed doors at home in the tie of the Concacaf heading to the Qatar World Cup 2022.

On November 1, FIFA published the sanctions of the Disciplinary Commission after the tie duels, punishing the Mexican Football Federation with a fine of around 100,000 Swiss francs (MXN 2,288,000) and two home games without an audience.

“Under the line of zero tolerance for discrimination and violence in football, a number of member associations were punished for discriminatory acts of their respective hobbies”, was what the international body communicated.

During the FIFA date of September of this year, the match against the Canadian national team had to be interrupted by the observance of the protocol by the homophobic shout that was presented in the stands of the Aztec stadium.

During the summer, the Mexican Federation it was fined more than one million pesos and two veto matches, which it managed to reduce to only one match and thus was the only match that El Tri played in national territory without the presence of its fans.

The next two commitments that Mexico will play at home will be against Costa Rica and Panama, in January 2022.

The whole of Panama was also sanctioned with 50 thousand Swiss francs and a veto match for discriminatory conduct by their fans when they faced Costa Rica and Mexico.

Why Orbelín Pineda could play his last game with Cruz Azul