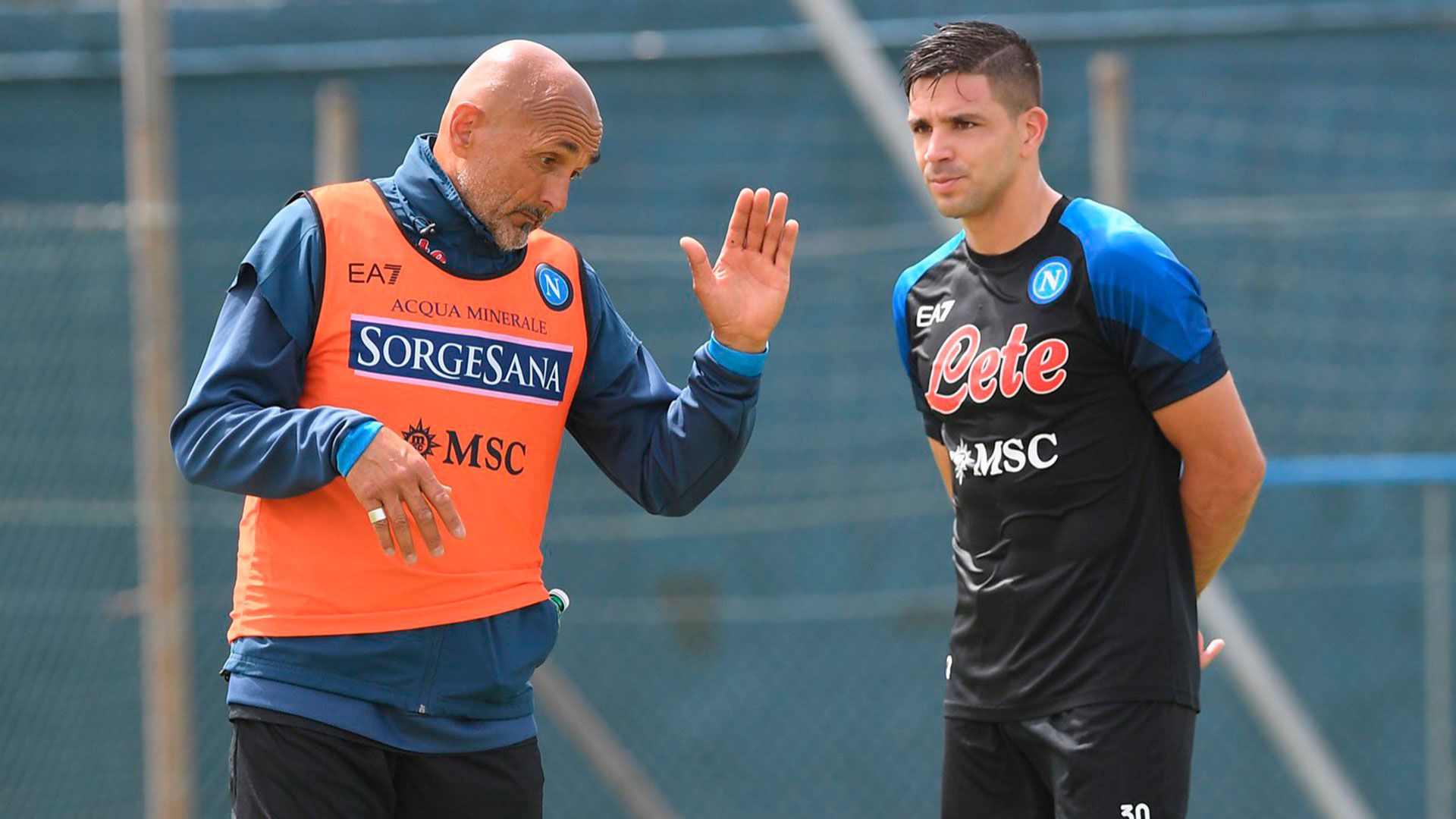 Giovanni Simeon is in the most outstanding moment of his career and a true reflection of that affirmation is the new step that he will take in his career: he trained for the first time with the jersey of the Naples after being signed on loan with option to buy.

The scorer of 27 years will have one of the great tests of his sporting life in one of the most popular entities in Italy. “First training in blue for Cholito”shared the official account of the Neapolitans along with various photos of the Argentine attacker.

The footballer who emerged from River Plate but he took a sporting leap with banfieldwill wear the fifth Italian jersey of his career after passing through Genoa, Fiorentina, Cagliari Y Hellas Verona. In this last step he stood out with 17 goals in 35 presentations of Serie A, figures that made him the fourth top scorer behind Ciro Immobile (27), Dusan Vlahovic (24) and Lautaro Martínez (21).

The institution whose glory is Diego Maradona housed other illustrious Argentine surnames such as those of Ramón Díaz, Daniel Bertoni, Ezequiel Lavezzi, Gonzalo Higuaín and Mariano Andújar, among others. After the departures of the Belgian Dries Mertens and Lorenzo Insigne, the cast led by Luciano Spaletti is renewing its offensive with a view to the new edition of the Champions League that will have its draw on August 25.

Simeon, from 293 appearances and 87 career goals, will join the arrivals of Giacomo Raspadori and Tanguy Ndombele, who should confirm their transfers in the next few hours. The cholito will be assigned to change of about 3 and a half million euros, with a purchase option that scales up to 12 million of that same currency.

Although his most brilliant season in Italian lands did not definitively open the door to Argentine national team, Simeone does not lose hope of fighting to get on the list of forwards who will travel to the World Cup in Qatar at the end of the year. The cholito He appeared on several pre-lists of coach Lionel Scaloni for various Qualifying and friendly matches, but in the end he was always left out of the final cut. The cholito adds five meetings with the albiceleste in his life – all friendlies – with a goal, beyond the fact that he was a substitute in 2020 against Ecuador for Qualifiers and did not enter.

Tagliafico’s radiography on the National Team: from Scaloni’s “500 hours less sleep” to Messi‘s change of chip

Alarm in the Argentine team: Cuti Romero was injured