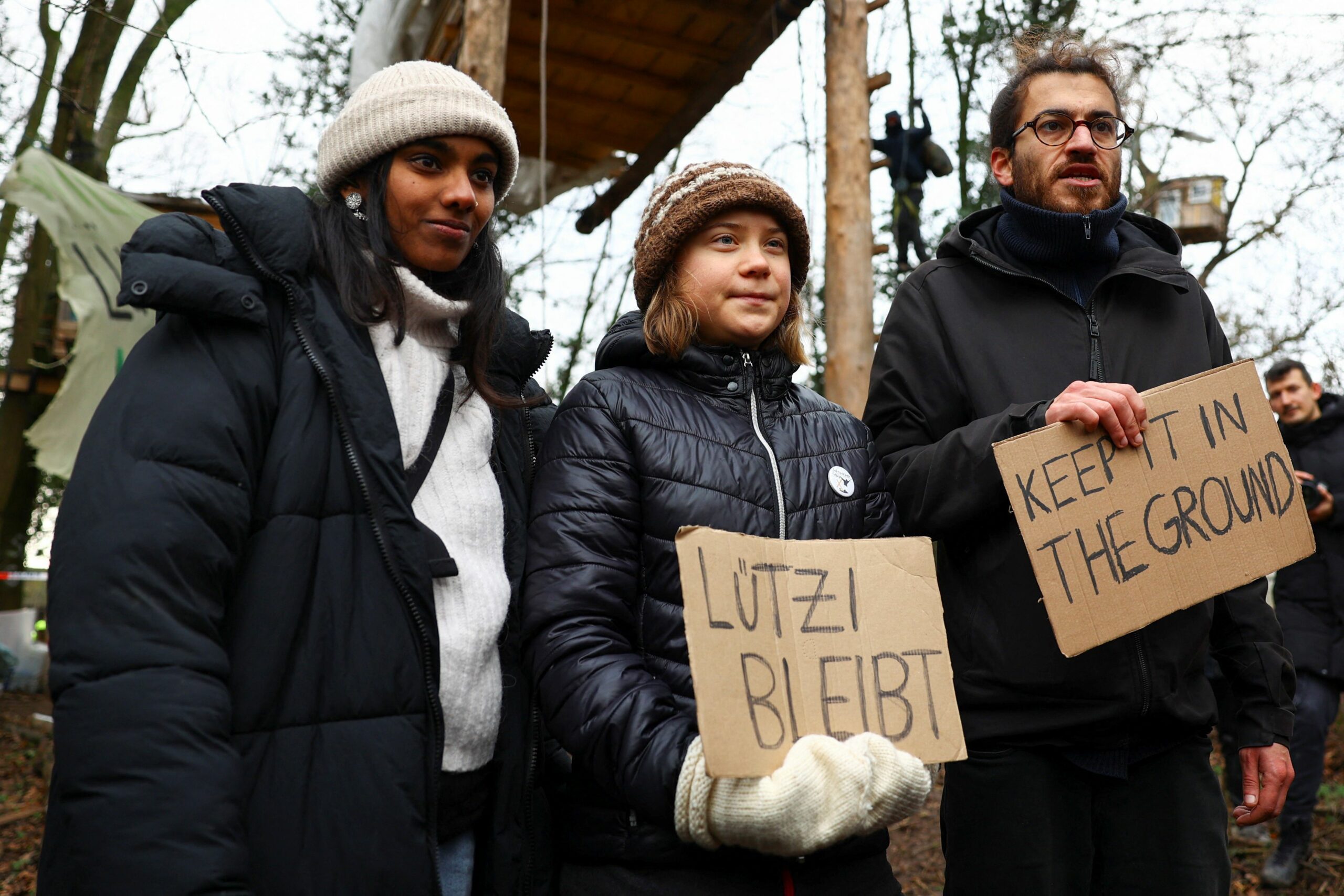 The climate activist Greta Thunberg returned to be news in the last hours. This time, far from being an ironic sequence of messages on Twitter, the young woman manifested herself in I support the environmentalists who have been fighting in Germany for days to avoid the demolition of a town where it is sought to build a coal mine.

The young woman spoke out against this decision that seeks to evict the inhabitants of lutzerathin the west of the country, and begin the exploitation of this resource there.

“That the German government is doing deals and commitments with fossil fuel companies like RWE It is embarrassing”, he sentenced this Saturday.

Some of these protests have led to tense clashes and scuffles with policeeven, despite the torrential rain of the last hours.

The government plan seeks to bulldoze Lutzerath – long ago abandoned by its original inhabitants – to make way for the expansion of the adjacent open cast coal mine, which is one of the largest in Europe. This site is operated by the energy company RWE and explains Thunberg’s allegations of shameful dealings.

The young environmentalist, who was also seen walking alongside citizens in these marches, added that “Germany, as one of the biggest polluters in the world, has a huge responsibility”.

Local media reported some major disturbances during these demonstrations, in which police officers were thrown stones and even injured a civilian in the head. Also, ambulance sirens were heard in the vicinity of the riot.

The city is fenced off although this has not stopped the activists, who have broken through the protective barriers near the coal mine and even they entered the mine site.

“Police barriers have been broken,” the police tweeted, warning: “To the people in front of Lutzerath: leave this area immediately. Some people have entered the mine. Get out of the danger zone immediately.”

The protests gained momentum earlier this week when a wide-ranging police operation began with the eviction of the activists in the village. Those already present in the village were joined by the demonstrators who arrived these days in buses, along with their banners reading “Stop coal” Y “Lutzerath lives!”.

At present, a large part of the camps have been set up by the authorities, some 470 according to the German press, citing the police, who received reinforcements from all over the country for this operation.

However, late on Friday, some 20 to 40 were still entrenched, according to a spokesperson for the protest movement. In any case, the authorities seem determined in their plan, for which they assured that they are entering the final phases of evacuation.

Demolition work has already started and is progressing slowly on the empty buildings. Meanwhile, the trees from the surroundings were felledas part of the cleaning tasks.

A) Yes, the town has become a symbol of resistance against fossil fuels.

In addition to taking to the streets, environmentalists have tried to delay the advance of the authorities building structures high up in trees and others have climbed to the top of abandoned buildings and barns.

Also, they claimed to have dug a tunnel under the village in an attempt to complicate the evacuation work.

These actions were also supported by activists across the country. In berlinin the offices of The Greensa group of masked environmentalists painted slogans and set fire to containers this Friday.

In turn, the party – which forms part of the coalition that governs Germany with the Social Democrats of Chancellor Olaf Schölz and the liberal PDF– has been subjected to harsh critics by activists who accuse him of treason.

The decision of the authorities arose as a result of the energy crisis triggered by the Russian invasion of Ukraine, which has led the government to put old coal power plants back into operation.

Along with this, they also gave way to the signing of a compromise agreement with RWE for the demolition of the village in question, although it saved five nearby villages.

The energy company also agreed stop producing electricity from coal in western Germany by 2030eight years ahead of schedule.

For his part, the German Chancellor, Olaf Sholz, inaugurated this Saturday a liquefied natural gas (LNG) in the northern port of Lubmin, on the Baltic coast, another of the strategies of the German Executive to compensate for the loss of Russian gas imports.

The unusual battle for an abandoned village in Germany