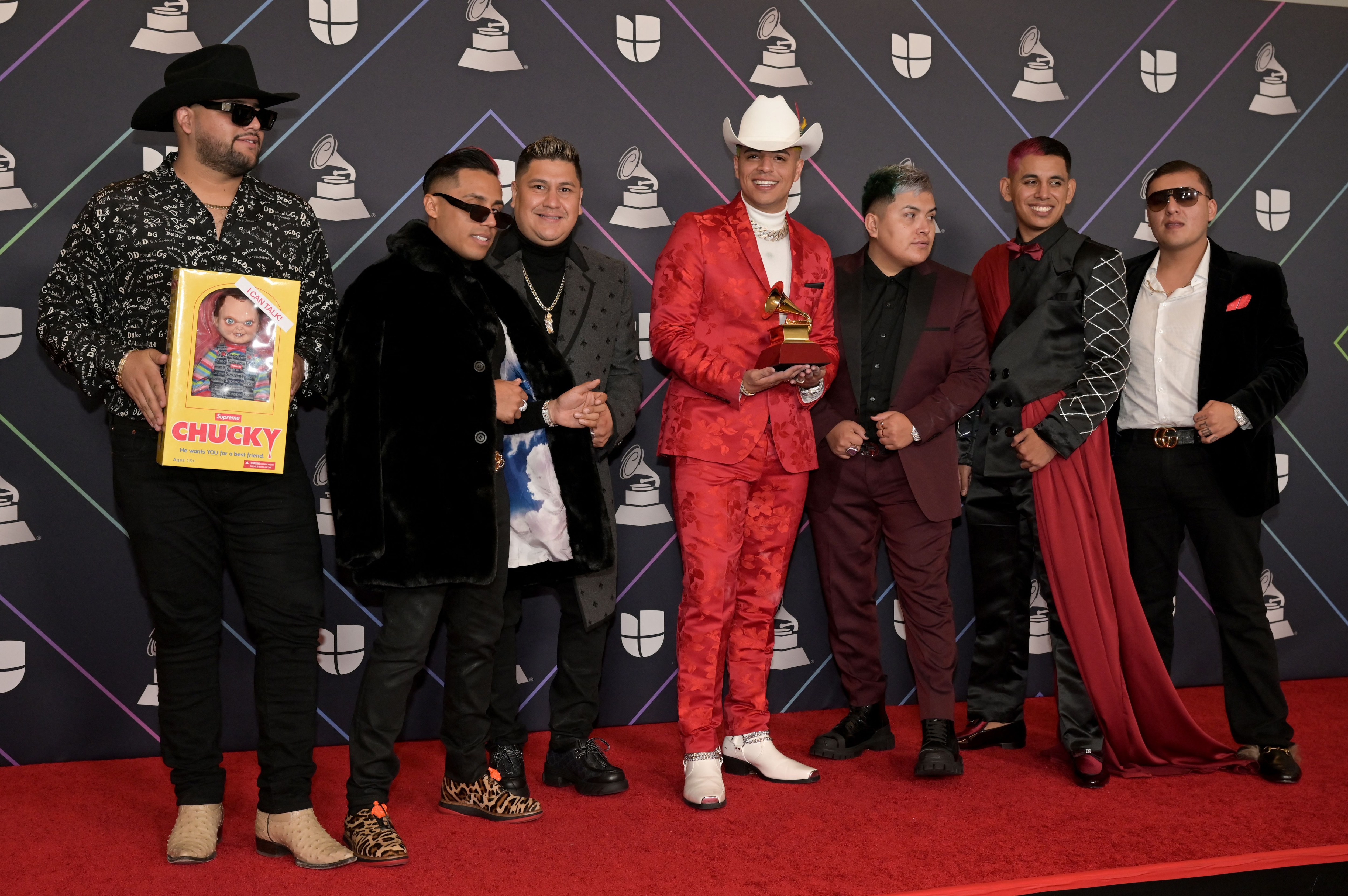 The regional Mexican band, Firm Group continues to reap multiple successes in 2021. Yesterday, for the first time in its short history, they managed to win the Latin Grammy in the category of “Best band music album” for We have fun accomplishing the impossible.

In addition, the winning musicians sang the songs Already get over me and I like you, in the center of the stage, for which the applause of the audience in Las Vegas, Nevada.

The regional grouping beat its Mexican counterparts as the Banda El Recodo, Banda Los Recoditos, Banda Los Sebastianes and Joss Favela. Subsequently, the members, in the voice of Eduin Caz, shared an emotional message dedicated to all their followers and remembered 12 years of constant work to achieve the precious laurel for the best of Latin music.

“Thank you very much to everyone who participated in this album. Thanks to all the authors who trusted us and gave us a topic for this material A @orlandomismatierra for putting up with us for more than 2 months in their study […] Swith more than 12 years of struggle and lost battles but this time we have to win and not just the battle but the War. We close the 2021 tour this weekend with the best attitude and we will see each other in 2022 first, God ”, concluded the Mexican band.

The celebrations were joined by the group’s leader, Eduin Caz, who shared multiple photographs thanking his family, friends and various producers who managed to empower the band throughout this year.

“Thank you all family and thanks to all my work team for always being on the lookout and at the foot of the canyon @isaelgutierrez you know I have no words to thank you […] I love you family (Fans) I almost said goodbye to you for a few months why I retired to rest I just need to finish the 2021 tour and I will be absent since I have to stabilize my emotions and return with more enthusiasm in 2022”, Said the interpreter on his Instagram account.

This year for Eduin Caz and Grupo Firme consolidated them as one of the bands more hegemonic for setting a different trend for all his followers. In all the events to which they appeared, they managed to win at least one medal.

It should be remembered that the leader of the group was involved in a controversy last September when he did not want to attend the Billboard Latin Music Awards because supposedly the organizers “disrespected their fans” despite winning in the category a “Regional Mexican Song of the Year “.

On the other hand, in both messages The end of 2021 is highlighted with their tour and that the following year they will return with more strength and success within their branch. It should be noted that within the Latin Grammy gala, Eduin Caz was questioned by various media about his collaboration with Maluma.

Maluma, in past Instagram stories, scolded Eduin Caz for giving a preview to Rafa Balderrama, who works for Grouper Heart, of the song they both made: “Greetings to Eduin from Grupo Firme, tell him to stop showing the music we are making, that it is not the time yet to show you the bombshell, Eduin, daddy, what’s wrong?” emphasized the Colombian artist.