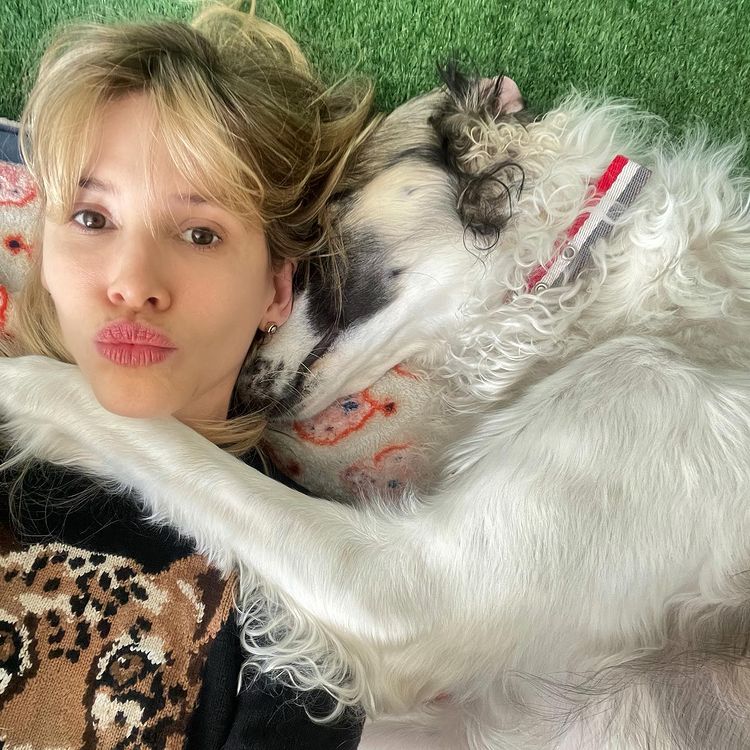 1995. The tall and lanky young woman, with soft and eternal legs, finished high school in the city of Necochea with one of the best averages in the class and settled alone in Tandil to study Veterinary Medicine. 1996. Guillermina was going through the first year of her university career without difficulty, she got together to study with her classmates, she was one of the best in the class, until Clic, the chaos: “I quit my degree,” she told her father, casually veterinarian, and without hesitation he returned to Necochea without knowing what to do. So she was, with the whole family against it, until a scouting of Pancho Dotto models arrived at Villa Gesell and she, boldly, showed up. And won.

“Modeling was not my dream, but I saw it as a job possibility, as an escape,” he will say later. This is how she settled in Buenos Aires to become one of the famous Dotto girls of the 90’s. After she went to Miami, to New York, she traveled all over the world, until she wanted to return to Argentina because she missed her boyfriend, his friends, his people. Then love.

A courtship with Sebastián Ortega, a married couple, three children and a house on the outskirts of the city. Until Marcelo arrived, love, the media hurricane, exposure to the surface. And a move to the center, a reunion with his professional life, his own company and the great challenge: starring in a huge play on Corrientes Street. “The fears,” said Guillermina, “were transformed into challenges, and the desire to grow was enhanced by an unstoppable man.”

In the middle of the production he made for the magazine El Planeta Urbano, Valdés answered everything: love, work, motherhood and confessions in an intimate chat.

That was at the beginning, not anymore.

I do not know if insecure, but there was something that made me doubt if my path was the right one or not, if I was going to be able to do everything with the boys, with the times. I made many excuses, and at the beginning of our relationship it happened to me that Marcelo told me: go ahead, cheer up. But not today anymore, I no longer have those fears.

I think that actually Marcelo and I are very similar, and that at this stage of my life we ​​are experiencing very similar things. Now I connect with his energy, first because I am very much in love and second because we both have a lot to do with each other.

For the first time in my life I felt that I had the opportunity to work on what I love.

No, I never doubted. I did feel all that vertigo and fear that happens to many actors before going on stage; that of being anguished, being left without a voice. But it had nothing to do with doubt, but with the vertigo and excitement of being an actor and exposing yourself to an audience, that the curtain rises and you are alone on stage.

Yes, totally. Over time you learn -for example- that it is not the same when you fall in love with a person without having children and start building from scratch, than when you meet a person from another place. Obviously, a lot of love is generated, but you try to reconcile your children and everything that you bring from a previous relationship with this new love, and the truth is that in my case it worked very well that way.

And that’s great too. There are days when you have different schedules and each one goes at its own pace. A marriage, a role, is not a guarantee of anything. In the times we live in, it is good to be able to choose every day.

Not at all. And we return to what we were talking about about prejudice: that Marcelo is surrounded by a whole situation of success and exposure does not mean that nothing will happen, I have friends who have husbands with a very low profile, normal types, and everything happens to them.

I love it, because I have my four children and I need my space with them.

Of course, I love that my partner goes to lunch alone with his children at the time he wants and that I have my spaces with mine.

Not for now, but when my children are older I do not rule out the possibility of adopting, because it seems to me a very great act of love.

Well, it seems like a huge act of love to me. Every time I see a child I am moved.

A little bit in each place. In my company, in my children and in a movie that I am going to co-star with Benjamín Vicuña and China Suárez. Daniela Goyi, the director of Abzurdah, went to see me at the theater and from then on she called me for this role, which I am very excited about. I was looking forward to making films and being directed by a good director, so I couldn’t be happier with this project.

It is very strong when things are said that are very far from reality. An endless wheel is put together, in which you go out to clarify things and it is worse because the other redoubles the bet and something unstoppable is armed. Sometimes silence is the best way to stop things.

No, because when I disconnect and go on vacation, a week later I say “that’s it”, and I need to get back in the ring. I am restless and I want to do different things all the time.