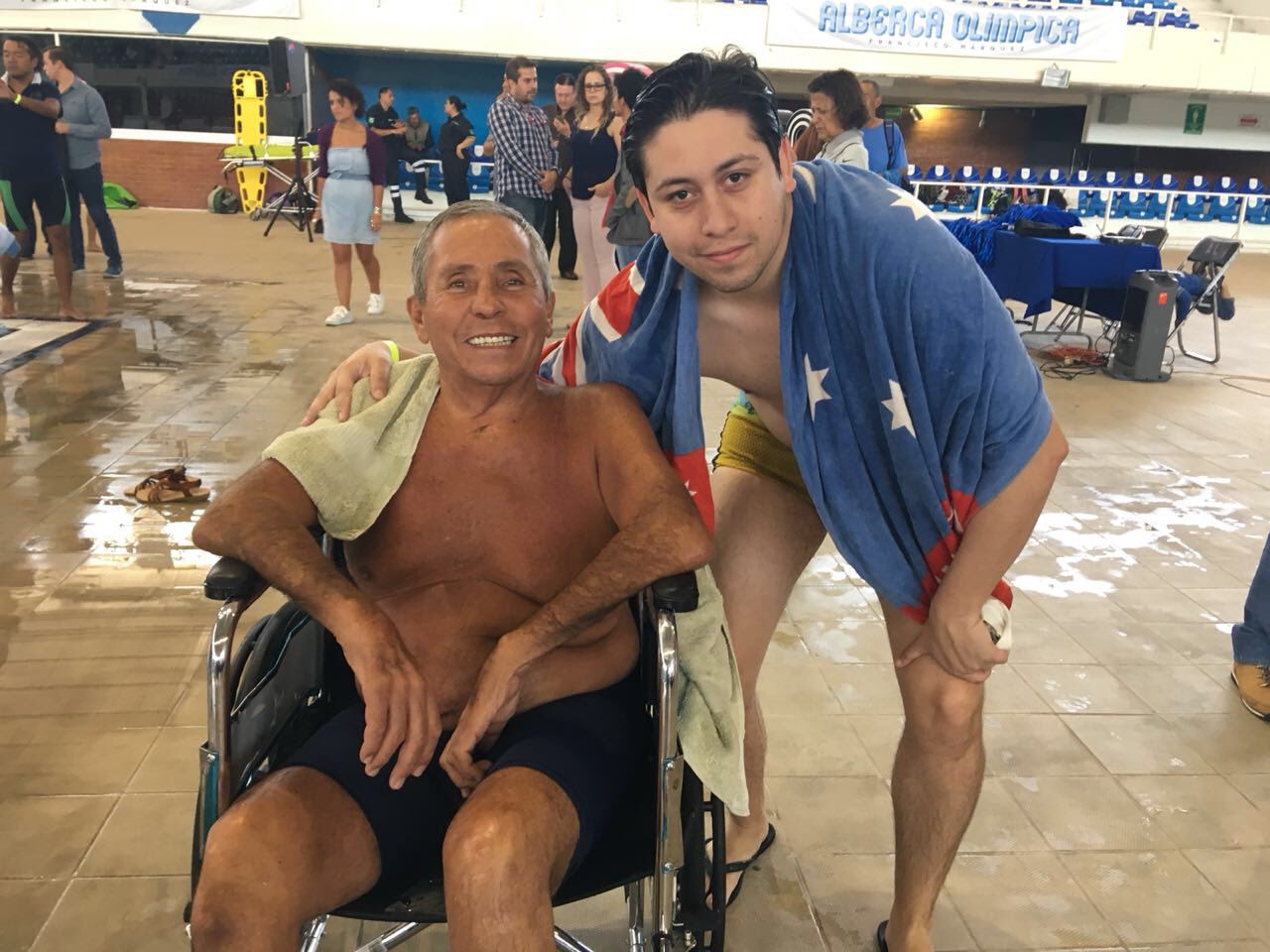 Guillermo Echeverria has been the only mexican who has obtained a world record in swimming, which was obtained in his preparation for the 1968 Mexico Olympics, in the test of the 1,500 free meters. In that competition he became one of the most representative Olympic athletes of the Mexican Delegation.

The born in the capital He was one of those who represented Mexico in that edition of the Olympic Games. It is worth mentioning that in his time he had the opportunity to compete against the American Michael burton, a history of this discipline and that at the time was the favorite to take the gold medals.

In addition, before achieving the historic achievement, the then president of Mexico, Gustavo Diaz Ordaz, sent a letter addressed to Guillermo to wish him the best of success in his participation. However, the Mexican athlete could never receive the message, as he had been under pressure for weeks before. In one of those episodes he received a letter on his door that It said “See you on the podium”.

In addition to the above, the July 7, 1968, Guillermo Echeverría’s name was mentioned in all newscasts and newspapers from the country. The Mexican had beaten The American Swimming Machine Michael Burton. In addition, he broke the world record in the 1,500 meters and became the only one that Mexico has had in the history of the Olympic Games.

It is worth mentioning that Echeverría broke the record by registering a time of 16: 28: 1. With this, the Aztec athlete became the favorite to win the gold medal in the 1968 Olympic Games, so President Gustavo Díaz Ordaz placed his expectation on his shoulders. Nevertheless, could not get the gold medal in the competition held in the Francisco Márquez Olympic Pool.

Later, Echeverría was saved from death on 1981, after suffering a bulky car accident that was reported on the road Puebla – Orizaba, which led the Mexican athlete to be in a coma for 75 days. At that time there were some journalistic reports about his supposed death. However, despite being prepared, they were never published.

Years later, through a statement issued by the Mexican Olympic Committee (COM) confirmed the unfortunate news of the death of Guillermo Echeverría. According to sources close to the athlete, woke up lifeless the November 24, 2021 at the age of 73 years, due to a cardiorespiratory arrest.

“The Mexican #OlympicFamily laments the death of Guillermo Echevarría, the only world record in swimming by any representative of our country, the feat was on July 7, 1968 in the 1500m freestyle test. We wish prompt resignation to their loved ones RIP ”, announced the COM.

Guillermo Echeverría Pérez He had the opportunity to be selected for the Mexican national team in the years 1964 and 1968 in Tokyo and Mexico, respectively. Got the ninth place in the Olympic Games of the Asian country and the sixth position in Aztec territory. In addition, he was one of the most representative Mexicans, for being first to enter the top 10 of the world in swimming.