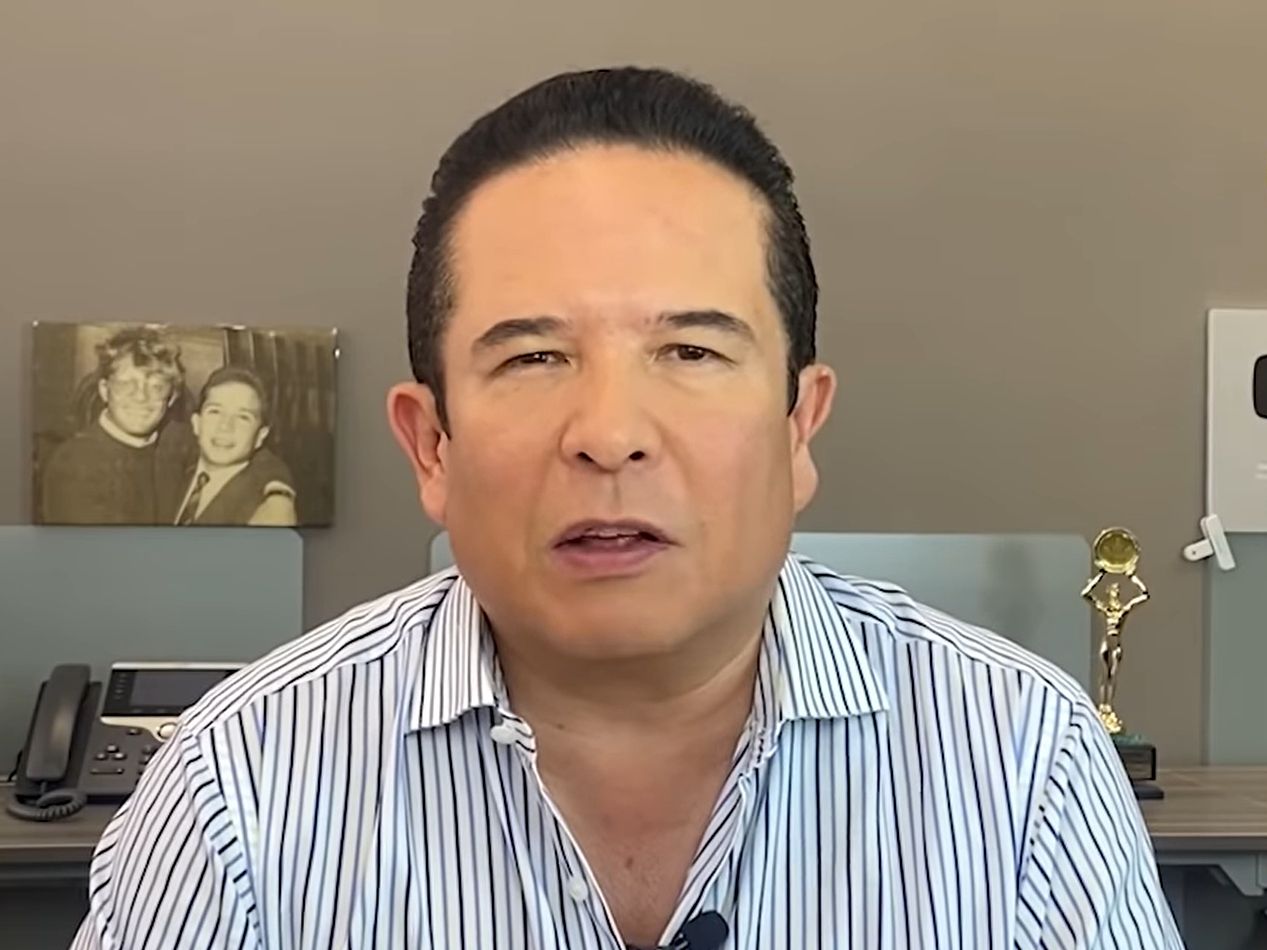 The last weekend, Barbara de Regil He shared on his social networks that his dog “Nala” died of an alleged poisoning. However, before the multiple publications of the crying influencer, Gala Montes accused her of seeking likes with the tragedy.

Thus, in the dispute between the two actresses due to this situation, Gustavo Adolfo Infante did not remain silent and, to the surprise of many, defended Bárbara de Regil.

“This girl Gala, why did she get involved? Who decides if he cries for a minute or spends his life yelling at his dog, his elephant or his grandmother? everyone is free to cry”, The journalist began to say in his program First hand.

Similarly, he stressed that it was normal for the protagonist of “Rosario Tijeras” to have a job and, therefore, leave her dog at home.

“Bárbara de Regil is not a saint of my devotion, but this girl, Gala Montes, she’s climbing. Why don’t you mess with someone who A dog dies that has five followers, that nobody fights, but the one that has 9 million? ”, He highlighted.

Also, in his column of Excelsior, Gustavo Adolfo Infante remarked that Barbara is not to his liking, since she is a “very heavy” person, however, it did not seem fair to him to be criticized for everything and less, when someone important to her had just died.

“Well, this girl (Gala Montes) jumped on him saying that he should stop advertising on social networks, that he should take care of his dogs, that is, getting into what he does not care about and talking about whether he gave oncological wigs or not , if he cried, if he takes care of his dogs or not. What does she care? Do you know what this is called? Envy! I repeat, in Mexico, the worst enemy of a Mexican is another Mexican”, He sentenced.

What happened to Barbara and Gala?

Bárbara de Regil, actress and fitness influencer, made a sad post on social networks with which she revealed the death of Nala, her pet, happened the early morning of November 14, 2021 because it was poisoned.

Through their social networks, Regil He was recording some moments of the visit to the vet and shared them with his followers, particularly with his Instagram audience.

In the videos, the obviously downcast dog Nala is seen lying on the examination table. However, a short time later, she feels animated, so the actress and influencer and her pet returned home.

Although he stopped sharing stories In the early morning, it was in the afternoon when he published, through tears, that the Belgian shepherd died of poisoning.

It was then that the discussion began. Gala Montes arrived on the scene with a sarcastic comment: “Now buy another”, which sparked criticism from fans of Barbara.

Even the same influencer used the publication to respond in a personal way to her comment: “I don’t understand your comment. A puppy is not a piece of furniture that you change just like that ”.

The attacks against Gala Montes continued on her Instagram, which is why she used her social networks to give her comment a bit of context, as she assured that his sarcasm was in the sense that it is not his interest that “a person who dies a dog at six months, keep buying dogs and can acquire them just like that ”.

In this context, they followed his videos, but the criticism was much stronger and more direct against Bárbara de Regil, whom she blew up because she supposedly seeks to generate likes with your posts, and nothing else.

“If you want to admire a person who says that he loves animals, that a dog dies at 6 months and that he abandons it for a month because he is in Los Angeles, who goes and gives a wig and uploads a story that joins all people with cancer and I don’t know what. Where is it ringing, what are you doing to really help? Only wants likesThat’s wrong, ”he asserted.