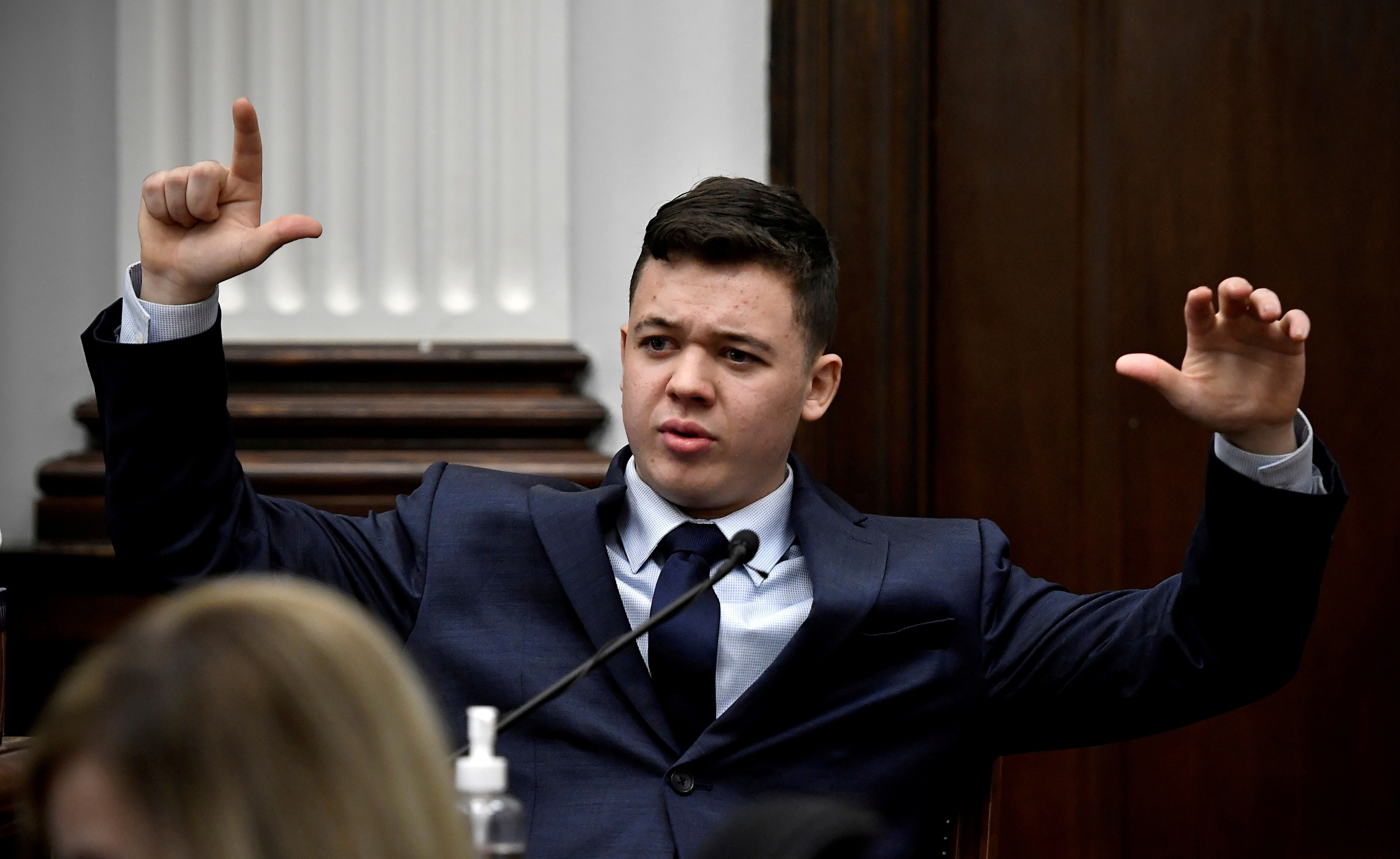 Kyle Rittenhouse, the American teenager acquitted after shooting two men to death during protests against police brutality in the state of Wisconsin last year, defended his actions, saying that self-defense “is not illegal.”

In comments transmitted by the chain Fox News, the teenager, seen smiling while riding in a car after the verdict, He said he was relieved that his “difficult journey” is over.

“The jury reached the correct verdict: self defense is not illegal”Rittenhouse pointed out to Fox, before a eye-opening interview to air on Monday evening and a subsequent documentary about the teenager scheduled to air in December.

On Friday, a jury ruled that 18-year-old Rittenhouse was not guilty of reckless and intentional homicide and other charges stemming from the shootings that took place in August 2020 in the city of Kenosha.

The teenager who At the time of the murders he was 17 years old, he shot and killed Joseph Rosenbaum, 36, and Anthony Huber, 26, and wounded Gaige Grosskreutz, who was 26 at the time. Rittenhouse testified that he shot in self-defense and pleaded not guilty to all charges.

Even as the jury weighed the evidence, the case was still weighing two requests from the defense to declare the trial null, with the possibility of reversing the verdict in the event of conviction. In one of the requests the judge was asked to go even further and prohibits the prosecution from conducting a new trial against Rittenhouse.

The ruling sparked protests in cities across the country Friday night, from New York to Portland, Oregon, as well as scattered applause outside the courtroom, and received praise from gun rights advocates, highlighting the divisive nature of the case.

This case attracted national attention, in part because arose from the demonstrations of the “Black Lives Matter” movement against racism and police violence that erupted across the country last year and were marked by a controversial mix of weapons, racial tensions and civil surveillance.

On August 23, 2020, Kenosha, in the Great Lakes region, was the scene of riots after police seriously wounded a young black man, Jacob Blake, who was shot in the back during an arrest attempt.

Rittenhouse, who then had 17 years old, he joined armed groups that claimed to act to “protect” businesses and killed two white men and wounded a third with a semiautomatic rifle. for, he assured, protect private property from the riots and looting that led to the protest over the shooting death of Jacob Blake, a black man, at the hands of a policeman.

In the process, he appeared free, after those who supported him paid the bail of two million dollars.

The young man is currently a reference in certain right-wing circles for which the great mobilization against police violence in the summer of 2020 was the work of “anti-fascists” or “anarchists.”

Conversely, for the left, Rittenhouse embodies the excesses of gun culture and the right to self-defense.

With information from AFP, EFE

Riots in several cities in the United States after the acquittal of Kyle Rittenhouse, the young man who killed two people during a Black Lives Matter protest in 2020

They acquitted Kyle Rittenhouse, the 18-year-old who killed two men during a Black Lives Matter protest in the US