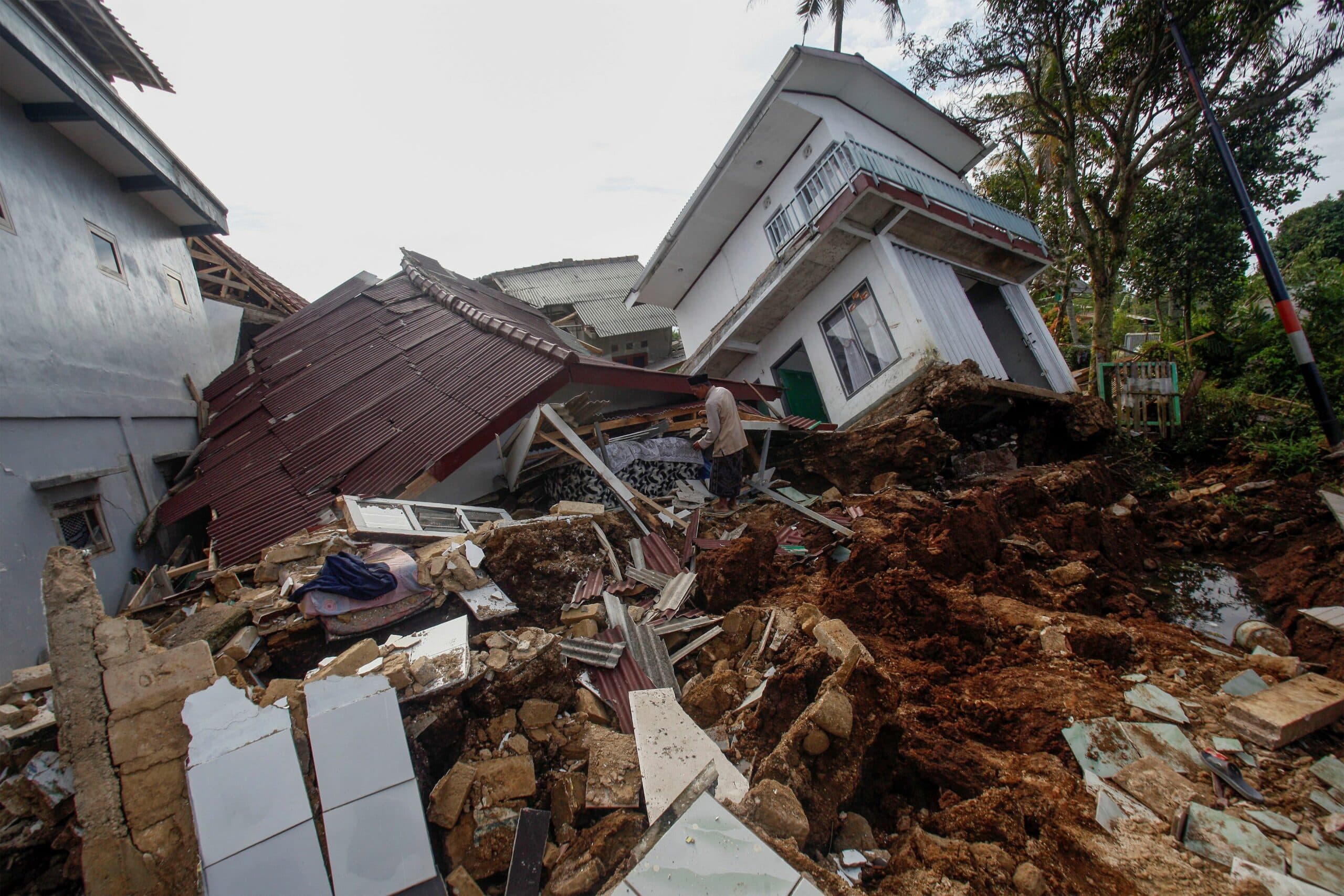 Two days from earthquake in Indonesiawhich left at least 271 deadthe relief teams continue with the search and rescue tasks. However, despite the desperate request for any form of help from the victims, the volunteers claimed to have serious difficulties in carrying out their tasks as a result of new replicas and strong rainy.

Assistance tasks take place in a dozen villages, where more than 20,000 houses they were destroyed. However, it is not all a product of the 5.6 magnitude earthquake that shook the province of West Java -the most populated in the archipelago- but also due to aftershocks, such as the magnitude 3.9 that took place this Wednesday and caused panic among people who quickly fled the area.

The authorities warned, in turn, that the rubble must be urgently removed due to the risk of possible floods either mud slidesproduct of the strong rains scheduled for the next few days.

The local weather service has warned of the risk of a new natural disaster. Indonesia is in the middle of the rainy season that will end in December, so the archipelago is prone to new disasters. That is why coming storms become potentially dangerous after the earthquake.

The last balance of victims reported 271 dead, 40 missing Y more than 2,000 injured. Among them, it was distinguished that one third are childrensince the earthquake occurred on Monday at 1:21 p.m. local time (6:21 GMT), during school hours, and caused havoc in nearly 80 educational centers, according to data released by the NGO Save the Children Indonesia.

In the last hours, a six-year-old boy was identified in the rubble of a house in the town of Nagrek, in the Cianjur district. The minor, named Azka, was found about 40 hours after the first tremors next to the lifeless body of his grandmother.

Meanwhile, more than 58,000 people were displacedaccording to the disaster management agency, and more than 2,300 properties were destroyed.

For their part, two of the towns furthest away from the epicenter of the quake remain isolated, explained the head of the relief service Henri Alfiani, lamenting that “people there cannot even ask for help.” Several access roads to more remote areas are blocked as a result of the various landslides.

Three assistance helicopters were sent to the areas, Alfiani continued, to alleviate the delicate situation of the trapped villagers, who do not have access to the Waterthe electricity and that some should even sleep with those who lost their lives.

Those whose houses were destroyed by the quake search for their belongings and try to recover family photos, religious books and documents from the ruins.

In parallel, relief teams are working around the clock to assist the victims, although many claim that “is not sufficient”. “We have food aid, rice, instant noodles and mineral water but it’s not enough,” he told the agency. AFP Mustafa, a 23-year-old inhabitant of the town of Gasol.

The Government deployed several thousand military and police personnel, and provided food aid and tents, but these do not appear to be sufficient in the face of the immense needs.

“We have no clothes and we haven’t changed for days,” Mustafa continued.

Yunisa Yuliani, 31, was another of the voices of the claims and explained that in her area she no longer has anything. “My son has a fever and he can’t eat. There are many elderly and children who need milk, diapers, foods Y medicines”, he explained.

In Cianjur, the authorities have identified a series of bodies that were transferred to the local morgues and which their relatives have already begun to bury according to Islamic rites.

Indonesia is located in the “Fire belt” Pacific so earthquakes and volcanic eruptions are regular. However, Monday’s earthquake is about the deadliest in the country since 2018when an earthquake and tsunami on the island of Sulawesi claimed the lives of more than 4,000 people.

A strong earthquake shook the main island of Indonesia: about 56 dead and at least 700 injured

A magnitude 6.8 earthquake was recorded in western Indonesia

Indonesian tragedy: a structural error in the stadium would be one of the causes for which 125 people died