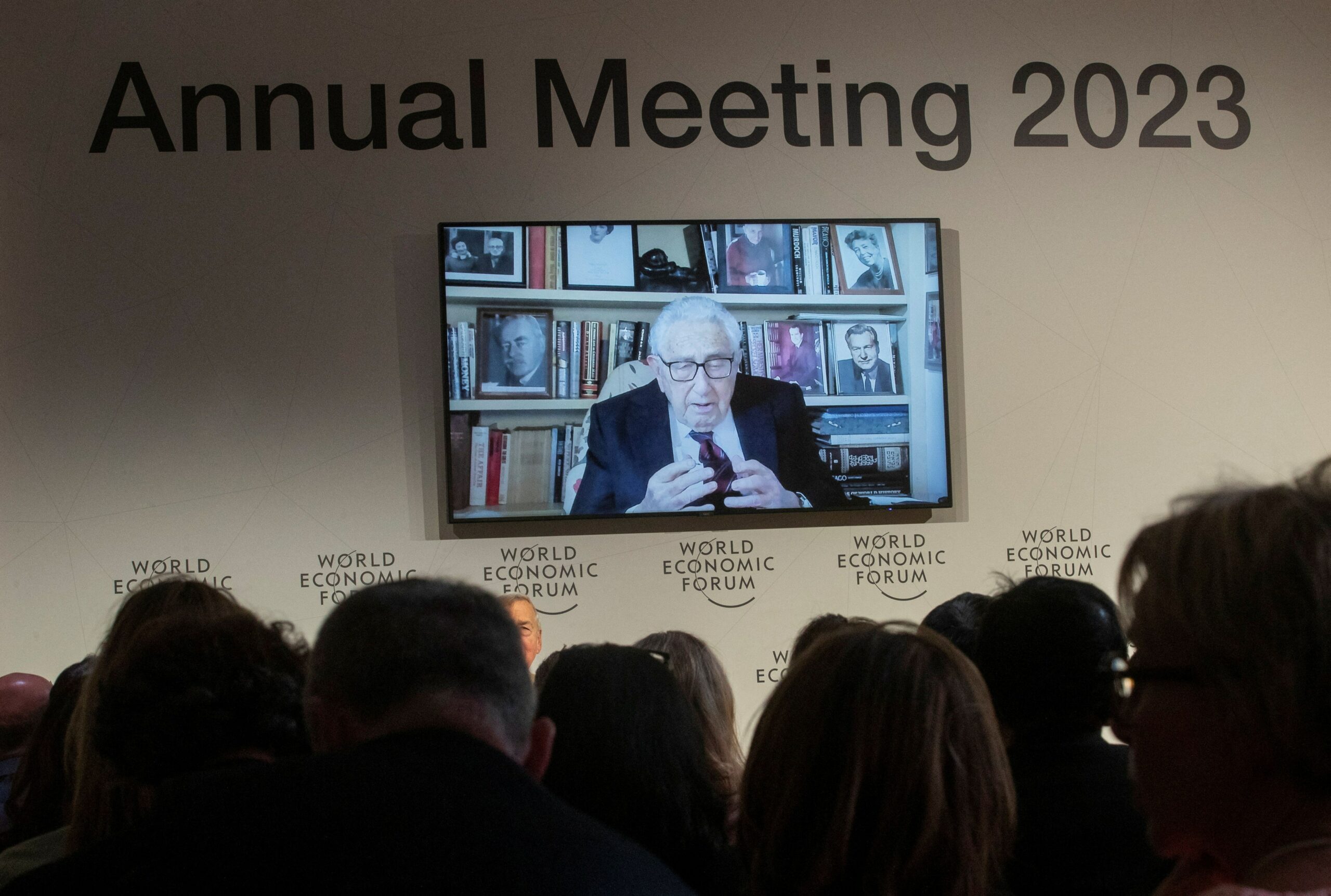 henry kissingerformer National Security Adviser and former head of US diplomacy USAas well as a mythical figure in international relations, said today that the war completely ended the idea of ​​Ukraine as a neutral country and that now the most opportune thing would be to enter the NATO.

Kissinger, 99 years old, gave an analysis of the geopolitical situation for the participants in the Davos World Economic Forumalthough virtually due to the difficulties of traveling at his advanced age.

This did not deter a large number of participants from standing in a long queue to get a place in the room where his speech was broadcast and where the American political scientist was. Graham Allisonwho acted as moderator.

Kissinger said that before the Russian invasion, on February 24, 2022, he disagreed with Ukraine’s entry into NATO, but that “now the idea of ​​a neutral Ukraine is no longer meaningful” and that rather the transatlantic alliance should offer Ukraine some kind of security guarantee.

“Ukraine’s entry into NATO is a appropriate result” to the current situation, he stressed.

He also assured that Russia must have the opportunity to one day rejoin the international system after any peace agreement in Ukraine and that the dialogue with the country must be continuous.

The American took advantage of the Forum to express his admiration for the President of Ukraine Volodimir Zelenskyand the “heroic conduct of the Ukrainian people”.

Kissinger was Secretary of State between 1973 and 1977 with the presidents Richard Nixon and Gerald Fordand national security adviser between 1969 and 1975. He was a key piece of the US détente with the Soviet Union and rapprochement with Chinaand oversaw controversial decisions such as bombing and military operations in Cambodia.