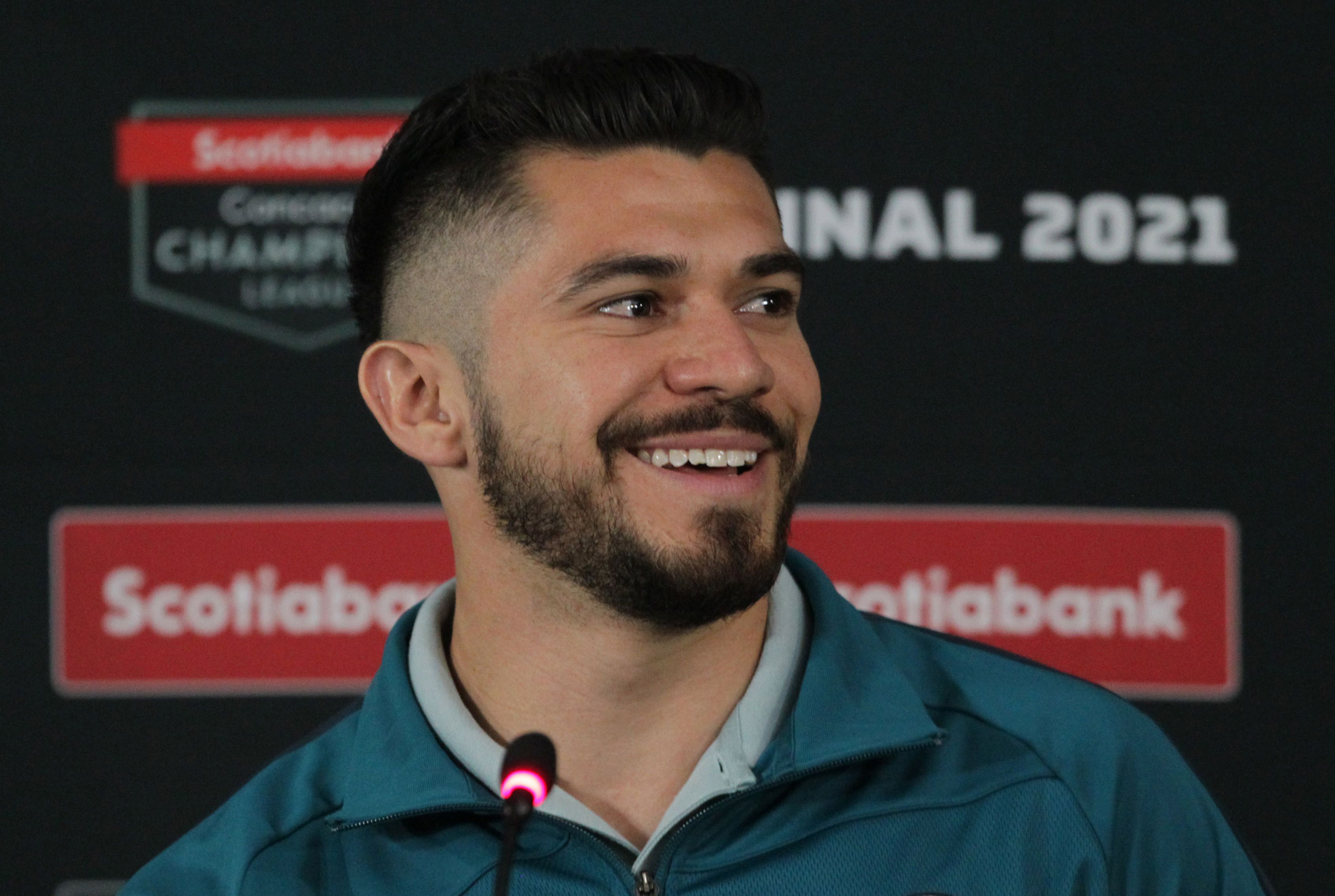 Less than 24 hours before the first leg of the quarterfinal between Pumas and America, the players of both clubs have already shared some comments about the Grita Mexico league. At a press conference, Henry Martin He sent a message to the felines and the way they entered the final stretch of the tournament.

The Coapa forward spoke about the effusive celebrations of the University Club. When Pumas defeated Toluca last Sunday, a video went viral in which Erik Lira celebrating and in the same recording, one can hear the phrase: “Nos ching *** al América”, which Lira said when he spoke to the media.

But for Henry Martín, the phrase did not cause any fear and pointed out that anyone would be excited to qualify in the repechage of the MX League, case that was not the one of America since they acceded to the league automatically.

Without any restrictions, Henry responded to the enthusiasm shown by the college player:

“We are not going to respond to that. If I saw the videos, I saw what they said and it seemed to me that it was the moment of euphoria and I think anyone would be excited to qualify in a repechage “

The striker of the Coapa team did not want to talk more about the rival and explained that in America “we are focused on our thing and we are going to talk on the pitch ”.

On the difficulty they might experience on the court University City, The Tokyo 2020 Olympic medalist did not detract from the work of Pumas in the last matches he has had, so he pointed out that any rival in the league will be difficult.

He emphasized that the league brings a new perspective different from what was experienced in the regular season of the championship and that the defeats of the past will not be decisive for the quarterfinals.

“I think that any team, in those instances, the one that gets to touch you is going to be complicated, because it is already a league. It has been proven in tournaments that it doesn’t matter how you come, it matters what you do on the court and it helped us to have lost in some moments to learn from those mistakes and not to commit them again ”, he pointed out.

In the afternoon on Tuesday, November 23, the midfielder of the team of Andres Lillini did not recant what he yelled in the Nemesio Díez Stadium when they got their ticket to the league. The university students attended the press at the end of their preparation for the day.

There rectified the message he sent to America and the threat that Pumas would win in the quarterfinals. The Pedregal youth squad excused himself saying that the emotion won him over, but that he did not regret what he said, because the whole team finds that mentality; win in University City and then win the Azteca Stadium.

Similarly, the midfielder shared his desire to play and win in an instance like the quarterfinals against the most rival team. He exposed the mentality with which university youths are trained from an early age and stressed the rivalry with America.

“I am super excited, excited, anxious, nervous too. Since the 10 years that I came here and They have told us that with those in yellow you cannot lose, to go out to kill you. Each game is a dream, there are few who have touched me, but each game I get excited, it will be a different game, but with the same enthusiasm as always, “he said.