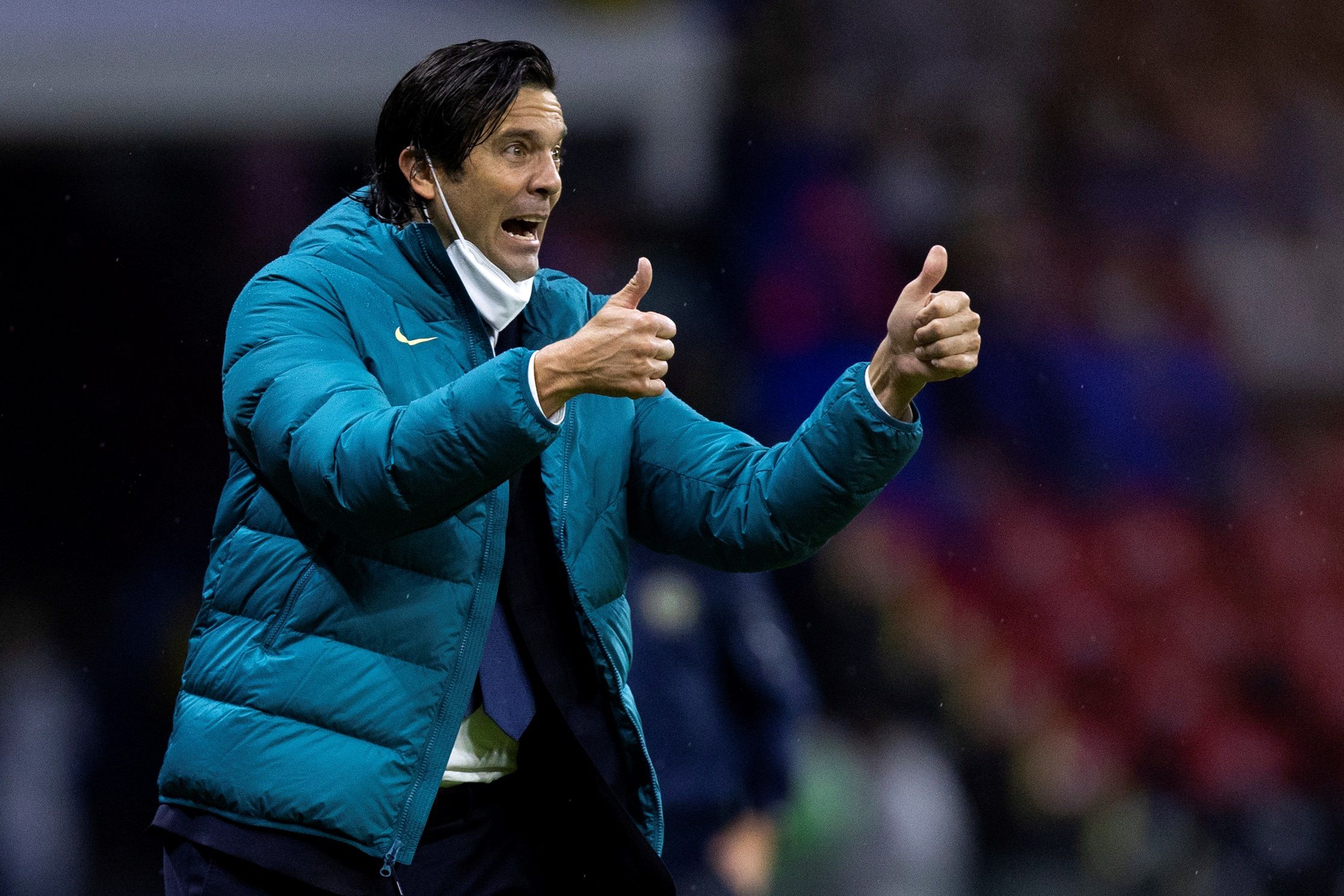 The start of the league corresponding to Grita México Apertura 2021 left a bittersweet taste among fans of America and Pumas. After 90 minutes played at the University Olympic Stadium, the capital teams were not hurt and they played a game that, for many, disappointed because of the pace. One of the main ones mentioned was Santiago Solari, since the scheme that he proposed from the start was destined to defend the tie to zero.

At the end of the meeting, the name of the Argentine strategist became one of the main trends in social networks. And it is that fans and connoisseurs of Mexican football condemned, once again, the gameplay shown by the Coapa players. One of the first to make his position known was David faitelson, one of the staunch critics of America.

“Santiago Solari is a shameless. It is incredible that he has managed Real Madrid. With this position he mocks the history of America. It is not worth it “, announced through his verified Twitter account @Faitelson_ESPN.

One of the hypotheses about the Solari alignment was the possibility of lessen the momentum with which the Pumas jumped onto the field. It should be noted that, with the motivation of having eliminated the Red Devils of Toluca as visitors, they were willing to take advantage as locals taking advantage of the large capacity of fans that gathered in the stands of the sports venue.

The statistics were obvious. The auriazules approached the arch guarded by Guillermo Ochoa 14 times, although they could only direct five shots in the direction of the net. Conversely, the azulcrema box only got three finishes from Alfredo Talavera and directed a single shot of danger. Neither squad converted the chances.

Meanwhile, possession of the ball also favored Andrés Lillini’s players. Throughout the match, he held possession of 56%, while he managed to complete 75 percent of the 393 passes he attempted. Conversely, America settled for 44 percent ball possession, while they had 71% of the effectiveness in the 312 passes that they tried to connect.

Another illuminating item was fouls and corner kicks. The slow pace set by America caused the despair of the rivals, who were sanctioned fifteen times for fouls. Similarly, the university students got five corner kicks in total, while the Eagles of America only had one chance, from set pieces, from the same position.

About, Javier Alarcon he was also launched against the former Real Madrid coach. In your account Twitter assured that “Play for himself; He forgets that America also plays for the fan who claims to be from the ‘biggest’ team. Perhaps America is the only one obliged, due to that greatness, to respect the form ”.

Meanwhile, Damien the Russian Zamogilny He assured that the American fans were dissatisfied with the exhibition. “Withdrawn and playing transitions, they don’t give three passes in a row. A very cautious Solari for the demands of the American fans. I did not expect America in that position, giving up so much prominence “.

Despite this, in a press conference, Solari assured that America’s obligation for the match to be played at the Azteca Stadium is give the maximum to go to the next round. Beyond pleasing the fans, the Argentine has the obligation to transcend and win the championship, especially after having lost the final of the Concachampions to the Rayados de Monterrey.

Video: how was the goal that Pumas was annulled against America