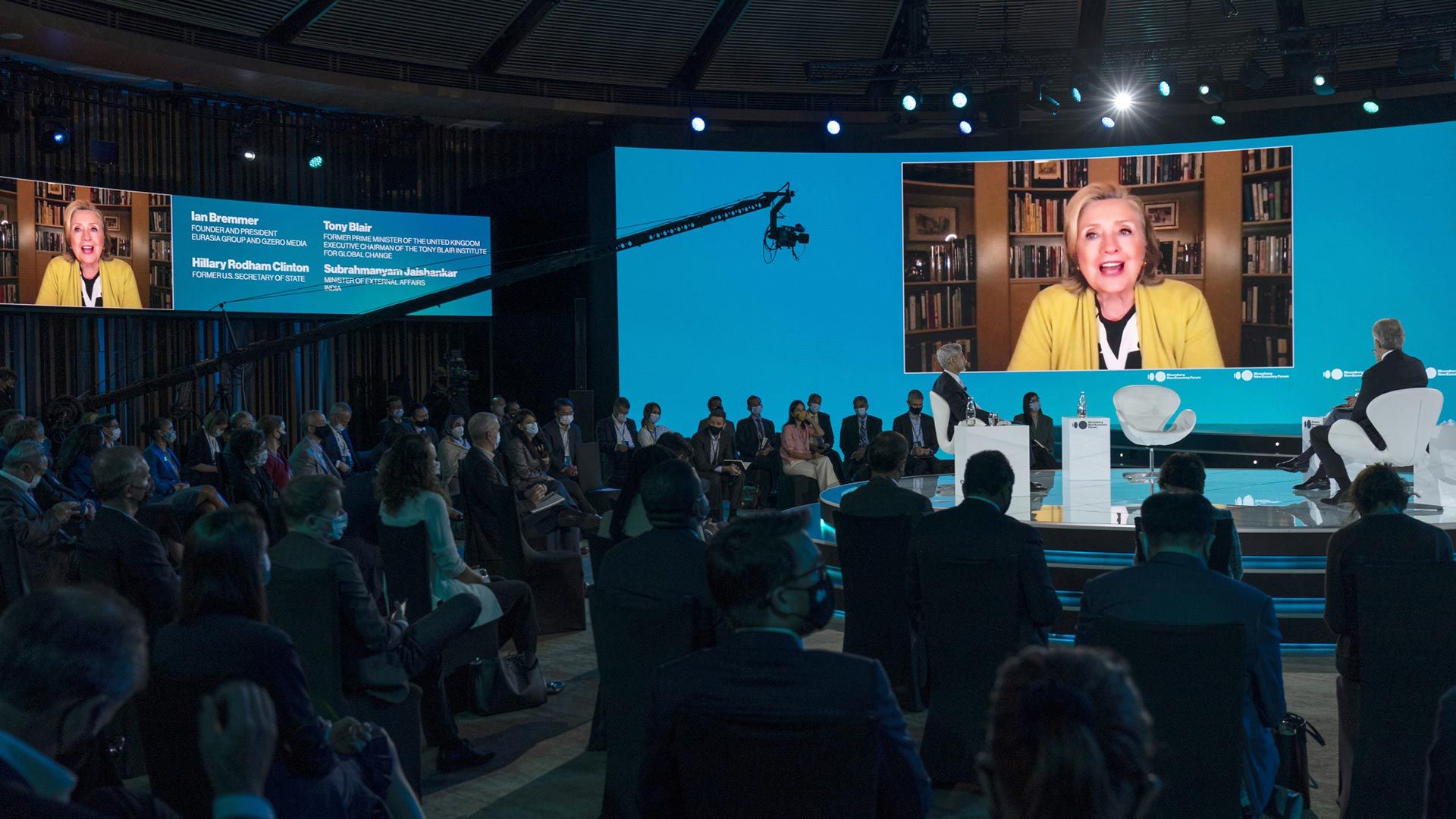 Former Secretary of State and former US presidential candidate Hillary Clinton told the Bloomberg New Economy Forum that the world must stand up to China and Russiawhile Indian Foreign Minister Subrahmanyam Jaishankar blamed Beijing for a “bad run” in bilateral relations.

Geopolitical rivalries and their impact on capital flows, investment and the world’s ability to cooperate on issues such as climate change were at the center of the last day of talks at the forum on Friday. Cryptocurrencies and supply chains were also discussed at the Singapore event.

The three-day forum addressed the future of health and strategies to cope with climate change, although the risks of a confrontation between the United States and China have been a recurring theme.

Clinton predicted that current US President Joe Biden‘s administration will remove some punitive tariffs on China, and said he was aware of a review on the subject. But he also claimed that the world cannot allow the aggression of the Asian country.

“Of course we must cooperate on a number of issues, but neither can we allow the kind of aggressive military buildup, efforts to dominate maritime navigation, intimidation of nations in the broader Asia-Pacific region“Said Clinton, who participated in the forum virtually.

As for Russia, he assured that its president, Vladimir Putin, has tried to “embrace China” to avoid possible problems in the Far East, while exercising its power through non-state actors.

“It has a very large mercenary force that has been operating everywhere from Syria to the Central African Republic.”Clinton noted of Putin. “Count with one large group of hackers and people who are dedicated to disinformation and cyberwarboth inside and outside the government. He is involved in many asymmetric power movements, ”he added.

On the other hand, the Minister of Foreign Affairs of India, Subrahmanyam Jaishankar, indicated that China is to blame for the worsening relations between your country and the regime.

“We are going through a particularly bad streak in our relationship because have taken a series of actions that violate the agreements and for which they still do not have a credible explanation”Said Jaishankar at a panel discussion.

(With information from Bloomberg)

The bottom fight at COP 26: United States vs China