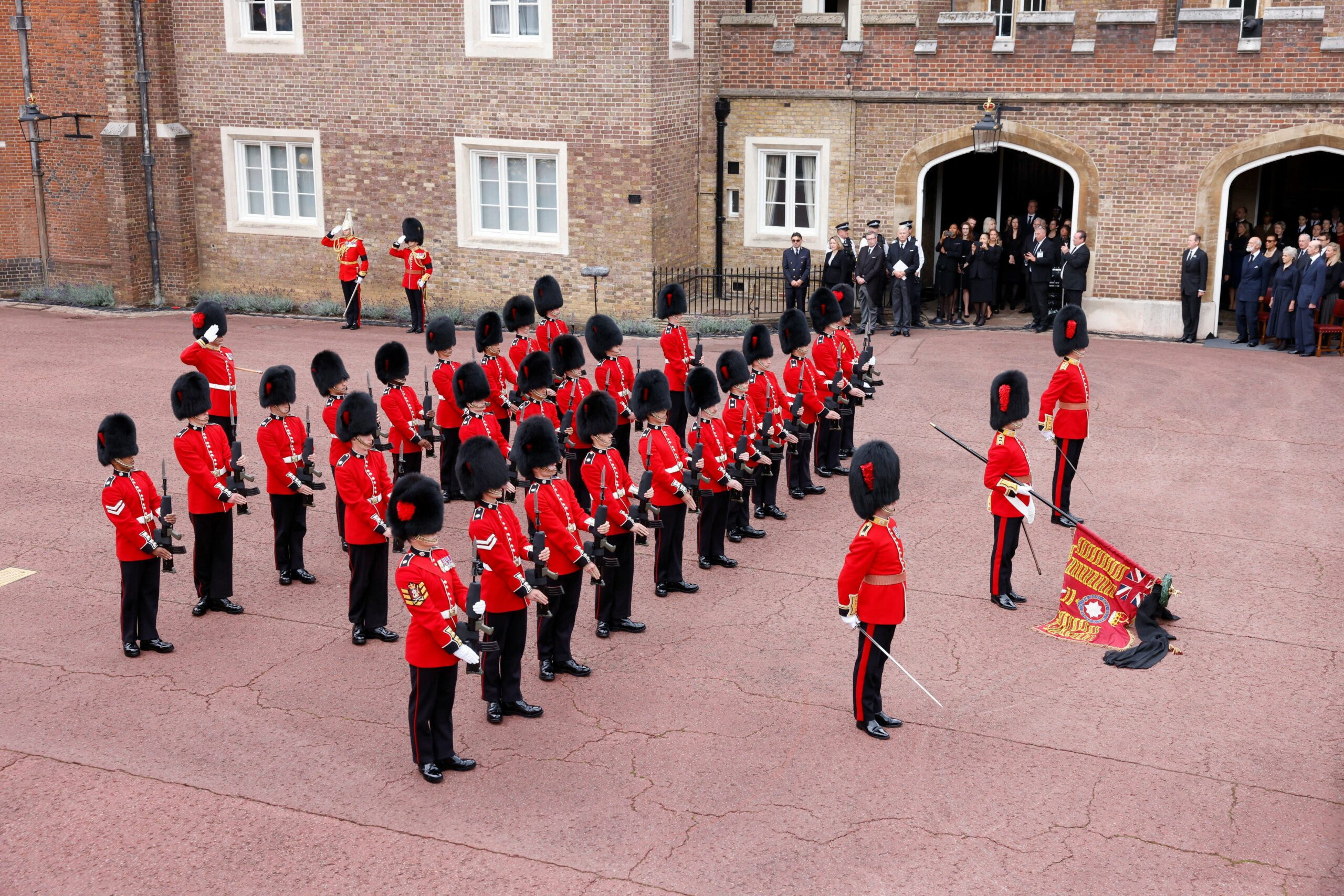 The first public reading this Saturday, from the balcony of the courtyard of the London Palace of Saint James, of the proclamation of the king charles iii It was accompanied by cannon salutes and a rendition of the national anthem, in which “God save the queen” is now replaced by “God save the king”. And he was heard loud three times the “Hip Hip Hooray”, cheers for the brand new sovereign.

The ceremonial military position known as Garter King of Arms read “the first and main Proclamation”, culminating in a fanfare and military parade, which will also be recited in the former City of London (today its financial center) and in Scotland, Wales and Northern Ireland.

The King of Arms asked at the end “three cheers for his majesty the king“, what the Kingsguard responded with cheers and raising their bearskin caps.

Previously, the Ascension Council – a ceremonial institution that is only convened when there is a new monarch – pronounced this same proclamation inside the palace, in which the death of Isabel II and her succession by Carlos III are formally confirmed, although in reality the heir replaced automatically after his death last Thursday.

The Council, made up of political and social authorities, states in very formal and ancient language that, after the death of the sovereign, the crown passes to her eldest son.

“The Lords Spiritual and Temporal of this Realm, and Members of the House of Commons together with other Members of Her Late Majesty’s Privy Council and Representatives of the Realms and Territories, Aldermen, Citizens of London and others, with one voice and consent of tongue and heart we publish and We proclaim that Prince Carlos Felipe Arturo Jorge has now become, due to the death of our sovereign of happy memory, our only legitimate and happy lord, Carlos III”, says the text.

The statement then promises “faith and obedience with humble affection”, wishing him a long reign.

During today’s session, the new king of the United Kingdom will hold audiences with various religious and political leaders of the country, such as the Archbishop of Canterbury, Justin Welby, primate of the Anglican Church; again with the prime minister, Liz Truss, and her cabinet and with the opposition leaders in Parliament, led by Labor Keir Starmer.

While Carlos III assumes his new functions, preparations continue for the queen’s state funeral, scheduled to take place on 19 Septemberalthough the official schedule has not been announced.

What has already been communicated is that that day, when leaders from around the world will come to London to bid farewell to Elizabeth II, will be declared a public holiday in the United Kingdom.

Charles III was proclaimed King of the United Kingdom: “I am deeply aware of this great heritage and responsibilities”

Who are the world leaders who confirmed their attendance at Elizabeth II’s funeral?