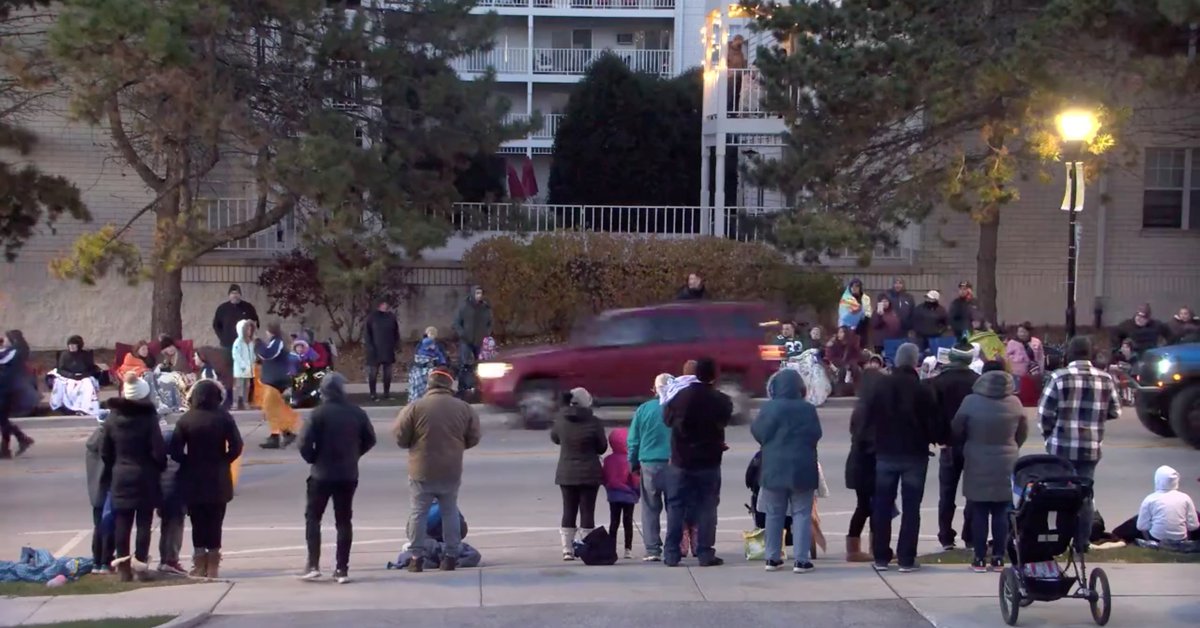 Investigators analyze whether the driver of a pickup truck that crashed into a Christmas parade in the suburbs of Milwaukee, killing at least five people and injuring 40 more, he was fleeing a crime. As reported by Waukesha Police Chief Daniel Thompson, “We have information that the suspect, prior to the incident, was involved in a domestic disturbance.”

On Sunday, the joyous scene of bands and children dancing in Santa hats and waving pompoms turned deadly in an instant, when the van it rolled over barricades and rammed dancers, musicians, and others.

In one video a woman yells “Oh my God!” over and over after the van hit a group of dancers. One father spoke of going “from one twisted body to another” to search for his daughter. Among the dead were members of the “Dancing Grannies” club..

One person was arrested after a Waukesha police officer opened fire to try to stop the vehicle, authorities said.

This Monday, the investigators are questioning the detained person about a previous crime that, according to the police reported to the APIt was an argument with a knife. The official, who indicated that the investigation was still in its initial phase, was not authorized to speak publicly about the case and spoke with the AP on condition of anonymity.

The detained person was identified as Darrell brooks, 39 years old.

According to online police records, a person named Darrell brooks, has two criminal cases open in Milwaukee. In one, dated November 5, he was charged with resisting an officer, endangering another person and disturbing public order, evading a court hearing, and assault. According to records, a $ 1,000 bond was posted on November 19.

In another case, from July 2020, Brooks is charged with endangering another person and illegal possession of a weapon.

Waukesha Police Chief Dan Thompson said he did not know if the driver had been hit by the policeman’s bullets, but that no bystanders were injured.

The Waukesha Municipality confirmed on its social media accounts that at least five people died.

The event was recorded by the live broadcast of the city and the cell phones of the spectators. A video shows the moment when the vehicle makes its way through the barricades and the sound of what seems to be several shots.

In another video, a little girl is seen dancing in the street as the truck sped just a few meters away, before lashing out at the parade participants later on.. A video of pom pom ballerinas ends with a group of people tending to a girl on the floor.

At least six of the injured minors were in critical condition and three others are in serious condition, it was reported.