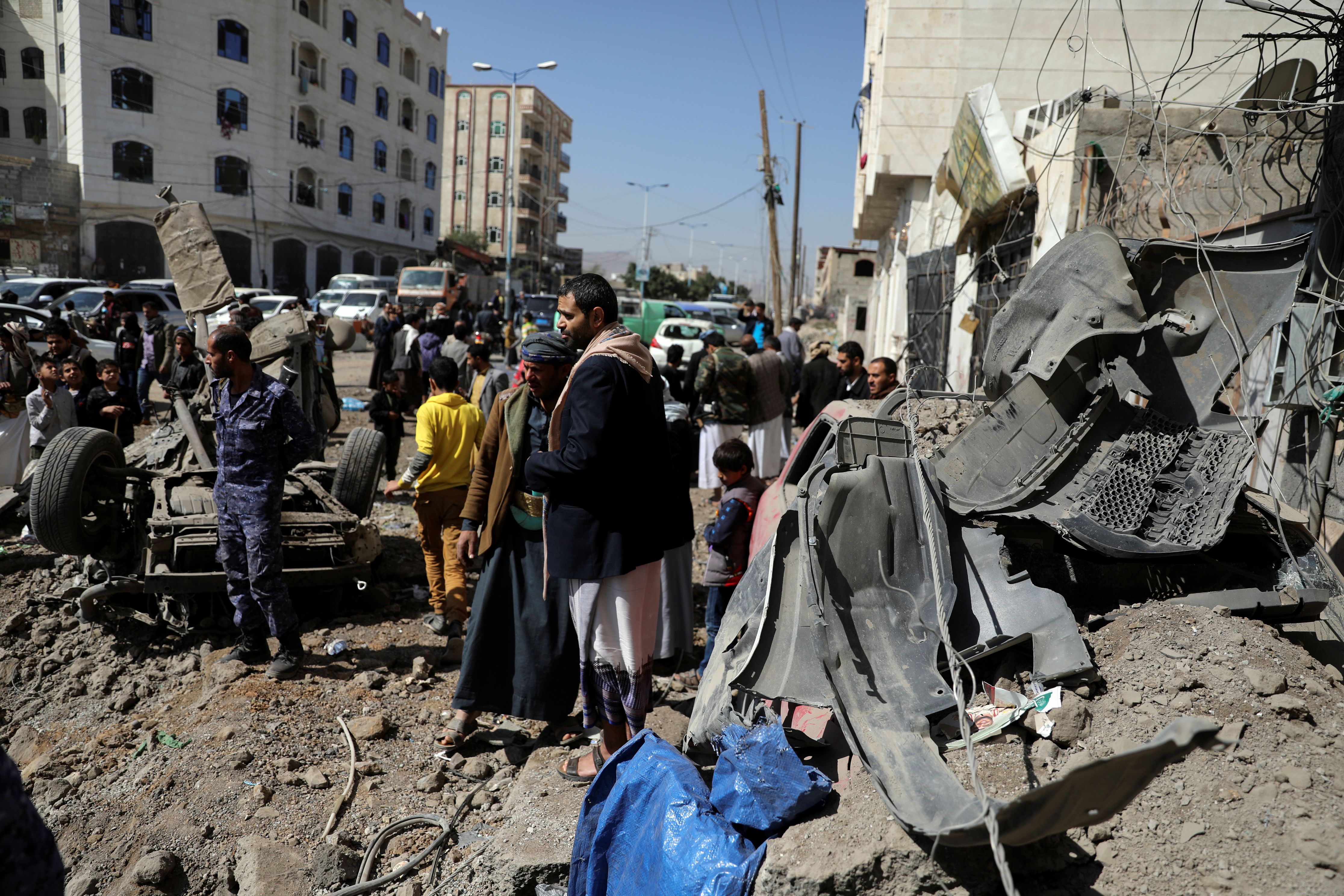 Mediterranean peoples believed that it was a “land of fable”. They saw arriving caravans loaded with frankincense, myrrh, cassia, cinnamon and laudanum; or riches like gold, ebony, ivory, and silk. The traders claimed to come from Yemen, in the cutout of the Arabian peninsula, in the Gulf of Aden and the Red Sea. The Greek geographer Ptolemy named it Arabia Felix. It was, above all, a land with fantastic natural harbors where the wonders of India and Africa arrived and were later transported by the Yemenis with large herds of camels and gold-adorned ships to Athens, Rome or Venice. Islam arrived in Yemen in 630 and with it the endemic struggle between the two main schools in the interpretation of the Qur’an: that of the Sunnis and that of the Shiites.. This struggle to show who is more pious and more strictly upholds the traditions of Muhammad has been shaking the world for centuries. And since 2011, this Yemeni desert has become one of the epicenters of this ancestral conflict that led to a civil war with 250,000 dead, including 85,000 children under 5 years old, 16 million hungry people and the intervention of global and regional powers.

This week, the roots of this war emerged when the forces of the Sunni Arab coalition – made up of Saudi Arabia and the United Arab Emirates with the backing of the United States -, which support the internationally recognized Yemeni central government, attacked a series of bases of the Iranian Revolutionary Guard and the Lebanese Hezbollah militia, who are there supporting the rebels of the Shiite minority, the Houthis. The Yemeni war is fully internationalized. State-of-the-art bombers that Washington sold to the Riyadh government launched attacks on foreign militia positions in Sana’a, the Houthi-dominated capital, and the Al-Dulaimi air base. These responded by launching drones loaded with explosives against Abha International Airport that were intercepted by the sophisticated defense system that the Saudis have. The border between the two countries is blurred between the dunes and attacks from both sides are permanent since 2014, when the Arab intervention began.

On Wednesday, Hundreds of Yemeni government soldiers were deployed in the central city of Marib to reinforce the allied tribes fighting the bloody offensive of the Houthis, who are already on the outskirts of the city. A propaganda video posted on social media showed a long convoy of vans, buses and military vehicles carrying hundreds of soldiers chanting. “With our souls and our blood, we will redeem you, Yemen”, as they headed to Marib. The Houthi militias are making a slow but steady advance in the north of the country and if they manage to take Marib they will have been left with a strategic economic zone. The oil-rich region is one of the last northern enclaves disputed by the government of Abdrabbuh Mansur Hadi, president of the republic since 2012, and a gateway to Shabwa, another governorate so far controlled by government forces with significant energy resources and infrastructure. It would be a Pyrrhic victory – the Houthis lost thousands of soldiers, many of them children, in the offensive – but would represent a turning point in the war.

If they defeat the Yemeni national army – and therefore the Saudi Arabia that backs it – in this, one of their last major strongholds in the north, and take control of the power center, the Houthis would have essentially won the war. For Riyadh, Washington and the Yemeni people, this represents the worst possible scenario. Even if the war ended, the humanitarian situation would remain critical, as two-thirds of Yemen’s 30 million citizens would continue to face famine and depending on the United Nations World Food Program for its daily sustenance. In the meantime, Iranian Revolutionary Guards Would Control Another Arab Country, and Saudi Arabia will remain vulnerable to missile and drone strikes from its southern neighbor.

Yemen is a very sensitive problem for Joe Biden‘s American administration. As in the case of Afghanistan, it is likely to soon face the challenge of another failed state run by a militant Islamist organization with millennial delusions. The Houthis belong to a minority among the Shiites called the Zaydi or Zadiyyah. They take their name from Zayd bin Ali, Ali’s great-grandson, Muhammad’s cousin and son-in-law, whom all Shiites revere. Zayd bin Ali led an uprising against the Umayyad Empire in 740, the first dynastic empire in Islamic history, which ruled from Damascus. Zayd was martyred in his revolt, and his head is believed to be buried in a shrine dedicated to him in Kerak, Jordan.. The Zaydis believe that he was a model of a pure caliph and since then they are considered as the Islamic branch that, supposedly, fights against corruption. They maintain initiation rites and mystical ceremonies that are contrary to the vision imposed by Ayatollah Khomeini in Iran. But from Tehran the “diversion” is tolerated in order to encircle its Saudi archenemies.

Military analysts see the Houthis heading for a win over government forces thanks to the training and weapons given to them by the Iranians and Hezbollah. If this happens, not only would they have a free territory to attack the Saudi Arabs allied to the United States militarily in the Gulf, but if the shaky Sunni coalition loses the Yemeni port city of Hodeida and the rest of the Red Sea coast, the Houthis could also very easily disrupt the traffic of the freighters that carry more than 6 million barrels of oil a day. and by-products in the Bab el-Mandeb Strait.

The United States does not want to get involved in the conflictBut if the oil supply is interrupted, it will be forced to do so. Of course, if Iran gains strength in the Arabian peninsula through the Houthis, Biden will have to get closer to the Saudi crown prince, Mohammed bin Salman, even though he has a particular antipathy for him. And it will have to supply the latest military technology to bolster the kingdom’s defensive capabilities.. In the past two years, Saudi Arabia markedly improved its ability to counter the threat of missiles and drones from the Houthis. But to continue to do so, Riyadh will need a commitment from the United States to replenish its defensive arsenal, including Patriot anti-missile batteries and anti-aircraft missiles used to counter-attack drones launched from Yemen.