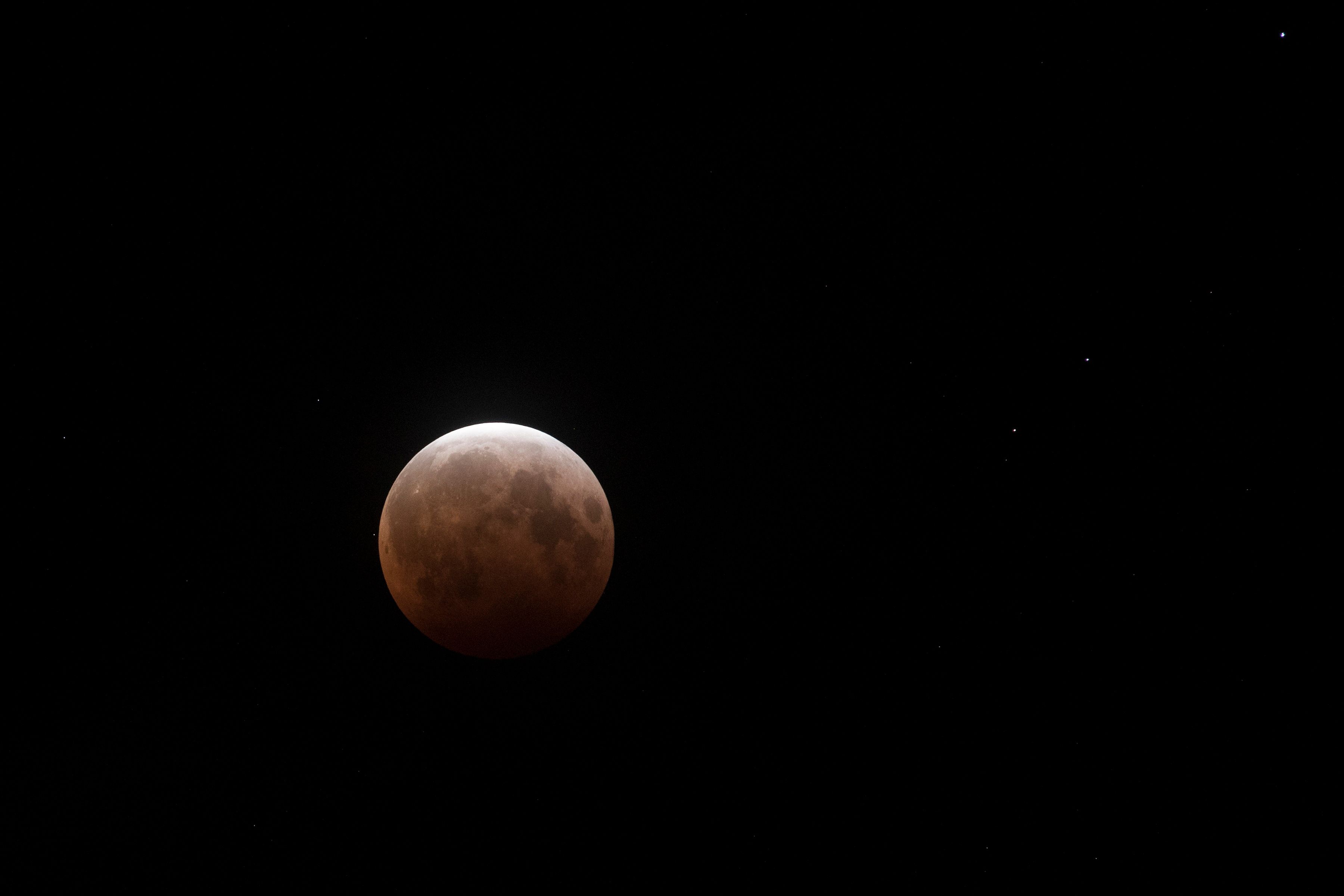 On the early morning of November 19, the American continent will be the spectator of a partial eclipse of the moon, an event that occurs when our satellite is covered by the shadow of the planet, which will reflect the sunlight, giving the moon a reddish-orange color to the delight of millions of people.

How long will the eclipse last?

According to astronomical data, people will be able to appreciate the eclipse during 3 hours and 28 minutes, thus becoming the longest partial eclipse of the century.

In our region, around 7:18 (UTC) On November 19, it will be possible to observe how the Earth’s shadow slowly begins to cover the moon. Later, at 9:02 (UTC) It will be the moment when the moon is in the center of the shadow of our planet (the Earth will cover 97.4% of the lunar disk), this being the peak of the eclipse and where you can better appreciate the reddish tone that it will take.

Finally, close to 10:47 (UTC) is where this partial lunar eclipse will end, point at which sighting from a high place is recommended.

How to appreciate this eclipse

As it is a lunar eclipse, it can be seen by millions of people in plain sight, using tools such as binoculars or telescopes to be appreciated further. Contrary to eclipses of the sun, this event will not require prevention measures because it does not represent a danger to the eyes.

The moon and its particular color

For a few hours, half the world will see the moon in a different colorAccording to information from NASA, this color change occurs because the earth’s surface absorbs the other colors while it reflects only a little sunlight on the moon, that is, the light that the satellite will receive during this event will be what it reflects. the planet through its atmosphere.

LinkedIn reveals the skills most sought after by companies

Discord resolves the rumor: it won’t accept cryptocurrencies, at least for now