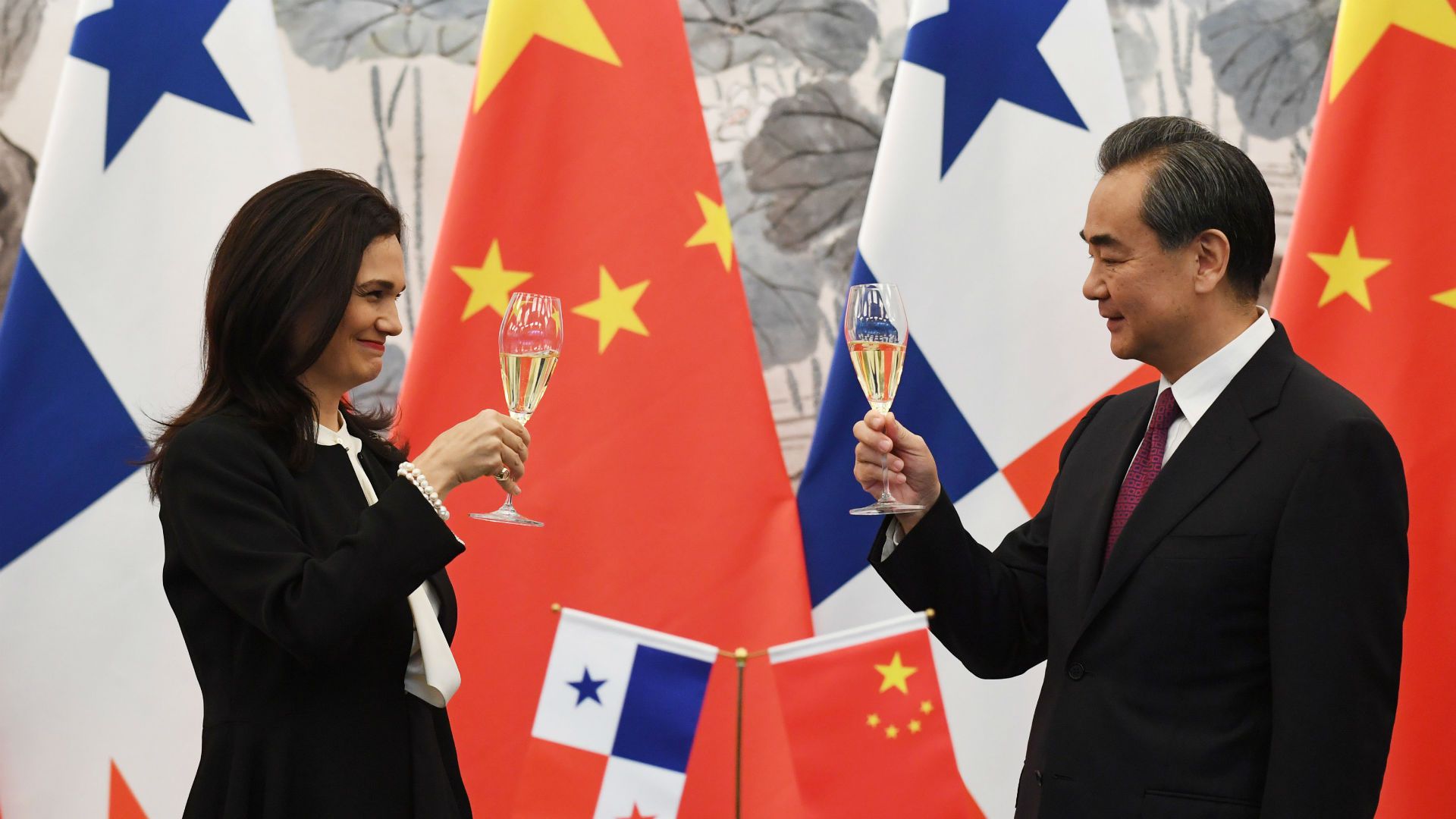 In the last fifteen years the People’s Republic of China (RPC) has advanced in its level of influence in Central Americaachieving through various dissuasive methods, the political loyalty of several countries in the region.

Until 2007, China was unknown in the Central American region. All countries recognized the Republic of China (the official name of taiwan) until Costa Rica established relations with the Asian giant in 2007.

Panama would follow a decade later. The following year El Salvador would also break with Taiwan and Nicaragua finally did so in December 2021. 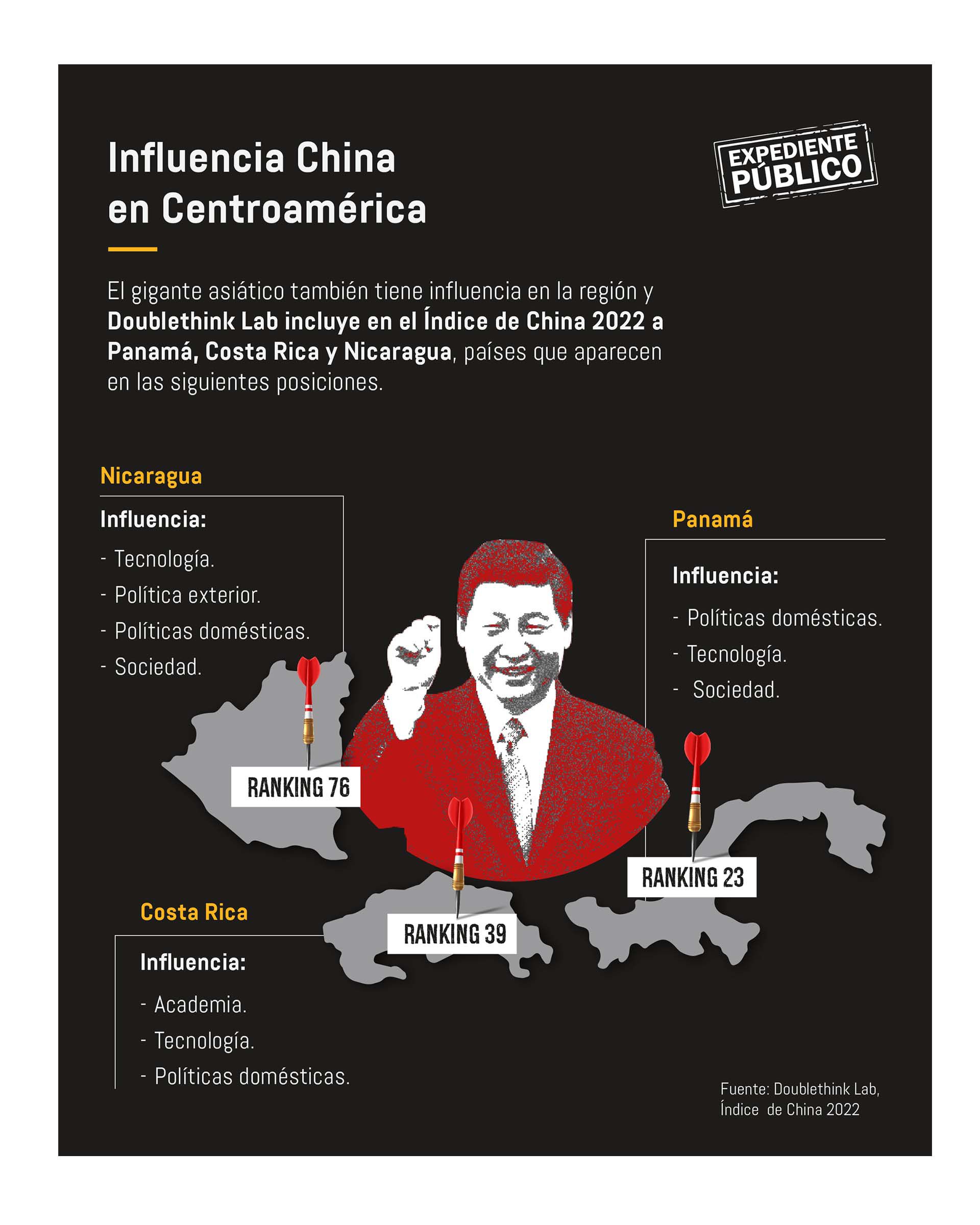 The China Indexa study presented in December 2022 from Doublethink Lab which analyzed data from 82 countries in nine regions from March 2021 to March 2022, investigated three of the four Central American countries that maintain relations with the PRC: Panama, Costa Rica and Nicaragua.

The most emblematic case is the canal country that appears in position 23 of the China Index but is the second most influential Latin American nation in the Asian country, after Peru.

Panama established relations with China in 2017 and from there, the Asian giant began a series of strategic movements to achieve political, economic, media, technological and security influence.

It is common for the PRC to pay for tours of journalists local media, academics, politicians and members of think tanks on guided tours of that country. His level of influence is such that there are characters who are capable of denying the abuses of Human rights of China against the Uyghurs in Xinjiang or maintain an anti-Taiwan rhetoric and anti-protests in Hong Kong.

As usual in countries with which China maintains diplomatic relations, in Panama there are journalists, media organizations or “influencers” who have received training from PRC state media or entities connected to the PRC. 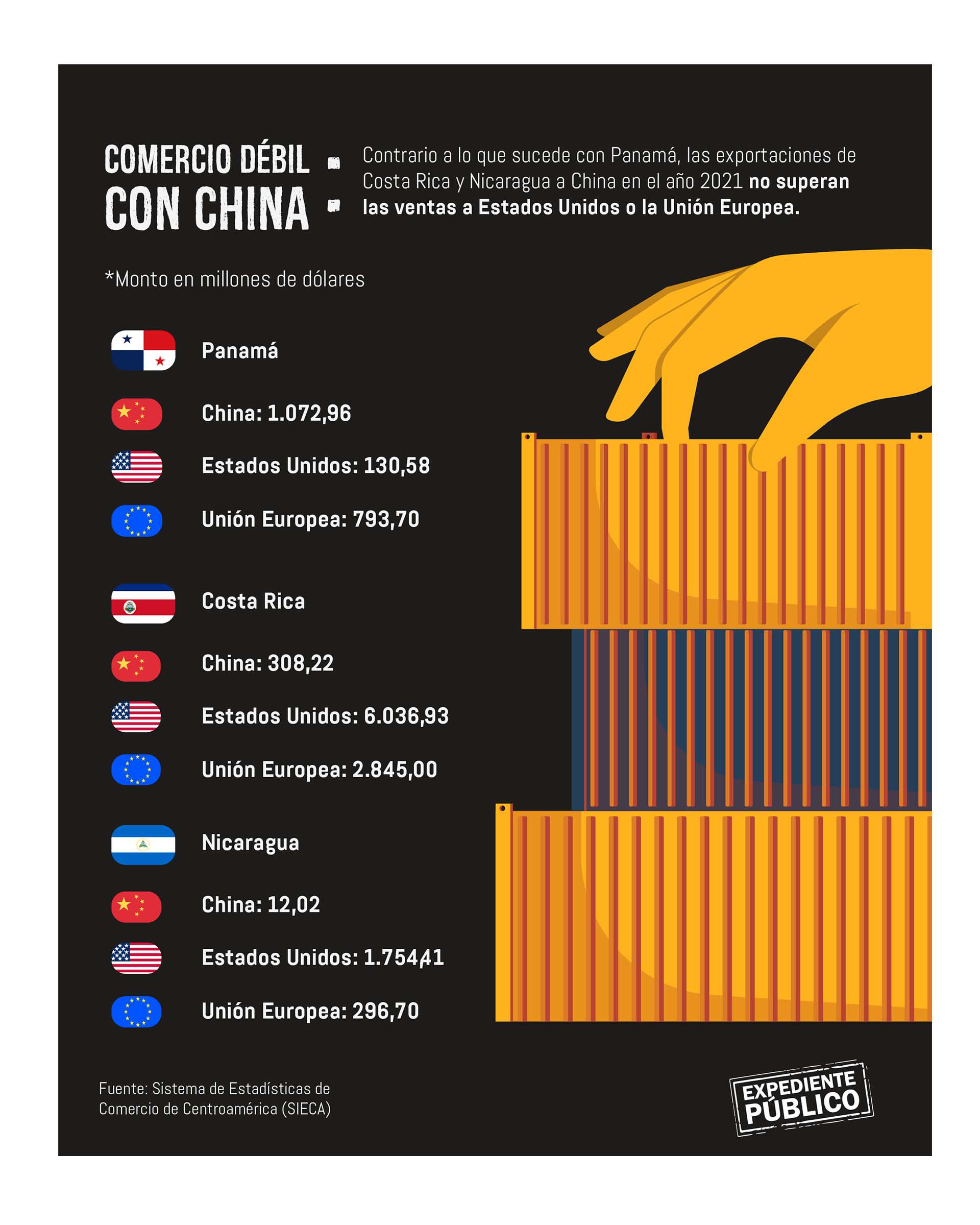 There are also local media outlets wholly or partly owned by citizens or corporations of the People’s Republic of China and media which include free or low-priced content provided by Chinese state-funded media. It is also common to see advertisements from the Chinese government in the Panamanian media or social networks.

But most serious, according to the China Index 2022, is the existence of media personalities (including reporters, journalists or commentators) or celebrities who deny the existence of human rights abuses in the People’s Republic of China.

In addition, central or regional government officials, as well as Panamanian celebrities regularly post or share narratives that reinforce the propaganda of the People’s Republic of China.

It is the case of Julio Yao Villalaza so-called “international analyst” and honorary president of the Center for Strategic Studies of Asian Countries of Panama (CEEAP), who published an article called “The truth about human rights in China”.

In the article, he alleges that there is an alleged Western conspiracy to smear China using human rights issues and emphasizes China’s great contribution to this cause.

In Panama, local groups or organizations have also been promoted with words like “Promotion of Peaceful Reunification” and regularly publish their views on Taiwan, Hong Kong, Tibet and Xinjiang issues. They are all identically pro-China.

The influence of Chinese corporations in Panama

In Panama there is also an influence of Chinese corporations in various strata of national life from the Academy to technology.

For example, there are universities that have established research partnerships with entities connected to the People’s Republic of China. (for example, Huawei, Tencent either Alibaba).

In that country, too, a Confucius Institute, which promotes the teaching of the Chinese language and culture. In addition, the Panamanian government has announced plans to include Chinese as a foreign language from primary education, and receives free or subsidized educational books and teachers from the PRC.

As has happened in China’s neighboring Asian countries, PRC-related entities seized infrastructure or land for failing to pay debts on time, according to the China 2022 index.

According to the China Index report, “Chinese entities and corporations have also implemented surveillance by video or Internet for law enforcement, that includes technologies such as facial recognition, voice recognition or other applications that involve biometrics achieved by Artificial Intelligence.

Entities connected to the People’s Republic of China (such as china mobile, china unicom either china telecom) or its subsidiaries, would be providing telecommunications services and are authorized providers to supply technology-related equipment or services to government or security services.

The influence in Costa Rica

Costa Rica established diplomatic relations with the People’s Republic of China in 2007. It was the first Central American country to establish them in the second government of Óscar Arias. In the China Index it appears in position 39.

Since then, China has exerted influence in the media, the economy, academia, and the security forces.

Like other countries, the PRC invites journalists or media organizations to visit that country and integrates them into organizations such as the Belt and Road News Alliance. 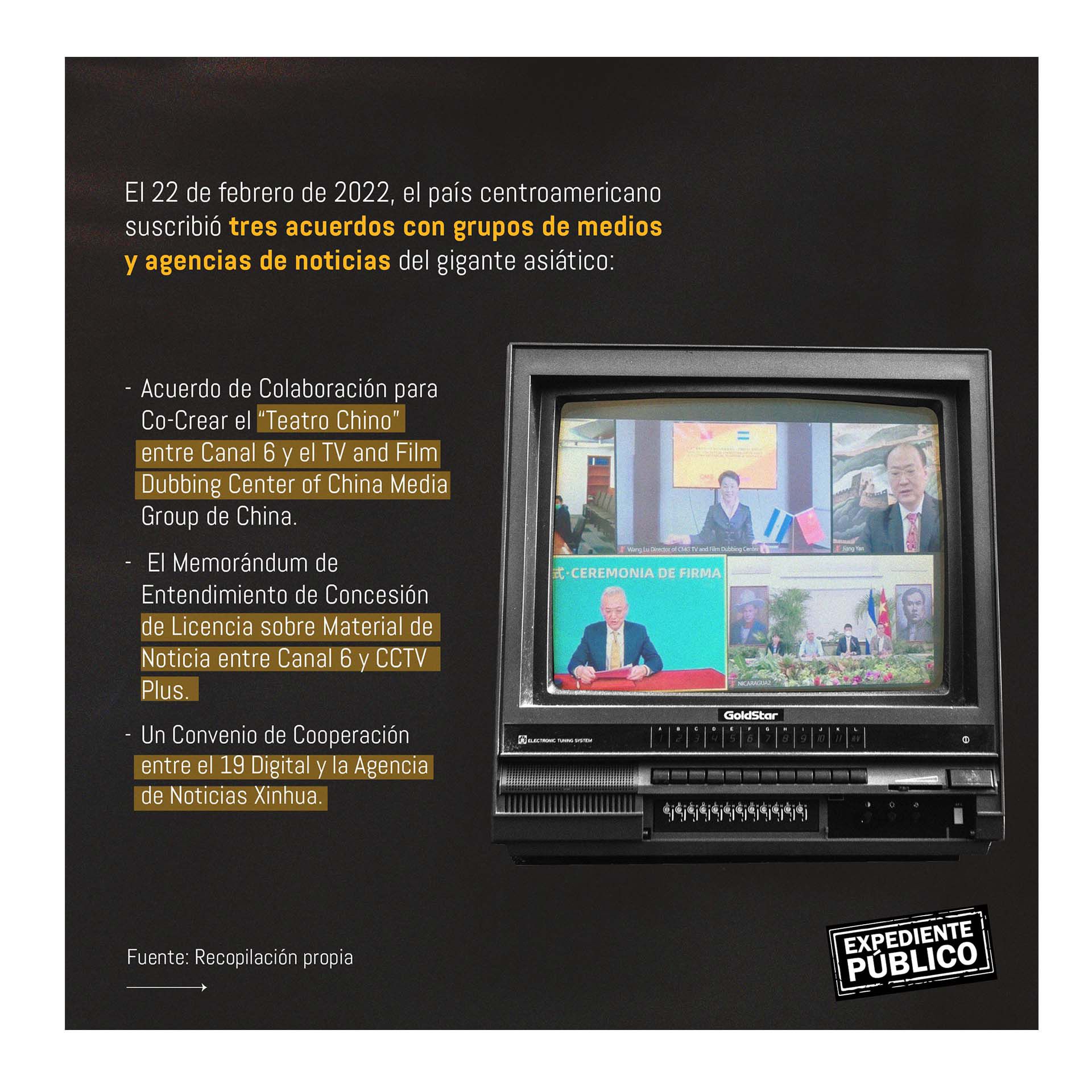 They use the same method with universities and think tanks that connect with Chinese corporations and have also established a Confucius Institute.

According to the report presented in mid-December in Berlin, Germany, in Costa Rica they have established programs of talent recruitment of the PRC, such as the Program of the thousand talents or the Changjiang Scholars Program and Chinese-connected entities have been involved in the design of school or university curricula, such as courses on East Asian history, modern politics, etc.

Costa Rica has also established a Free trade agreement with PRC and have allowed special economic zones (or free trade zones, industrial parks, etc.) to attract investment or economic participation from the PRC.

They have also created local groups or organizations that defend the Chinese position on Taiwan, Hong Kong, Tibet and Xinjiang.

A worrying fact is that both Panama and Costa Rica have detected the presence of gangs related to the People’s Republic of China, the so-called triadsorganizations gangsters who participate in any form of organized crime.

In Costa Rica, it has been reported that the triads have threatened or used violence to coerce, intimidate or punish Chinese dissidents who have criticized that country.

In November 2019, Costa Rican media denounced that the journalist Greivin Moya had received threats from the triads and had to be protected by local authorities after denouncing their operations in the Central American country.

In addition, there are reports of cyberattacks targeting the government, critical infrastructure, or businesses that are suspected to have started from China.

As in other countries, telecommunications companies have signed agreements to adopt hardware or technical specifications of 4G or 5G cellular networks produced or developed by Huawei, ZTE or other companies in the People’s Republic of China.

China’s relationship with Nicaragua was only reestablished in December 2021, after more than 31 years since former President Violeta Chamorro broke the link to recognize Taiwan, which had become the largest donor of social programs even during the Ortega-Murillo dictatorship. .

Daniel Ortega He had established relations with China in 1985, but Chamorro broke them five years later and has now re-established them and is the most enthusiastic spokesman for Chinese geopolitics in the region.

However, Nicaragua only appears in the 76th position of the China Index. The level of influence is total over the government of Daniel Ortega and Rosario Murillo, which has made the independent media disappear and only allows universities and think tanks sympathetic to the regime. 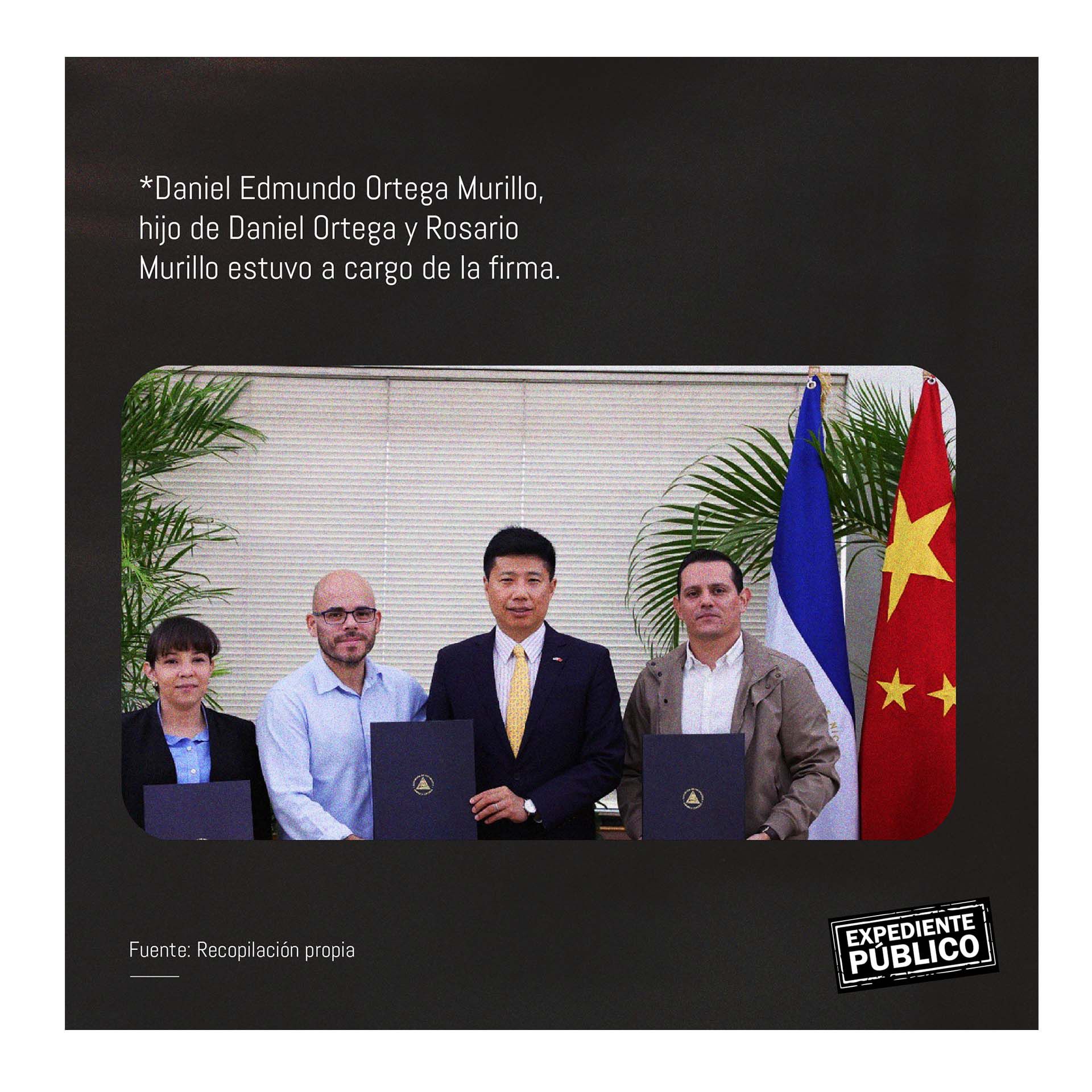 The Ortega media publish content from Chinese state media and, according to the report from the academic research center, they have received financial support from people or entities related to the PRC.

The regime regularly publishes or shares PRC propaganda narratives and has allowed Chinese telecommunications corporations to operate freely in the country to adopt hardware or technical specifications of 4G or 5G cellular networks produced or developed by Huawei, ZTE. 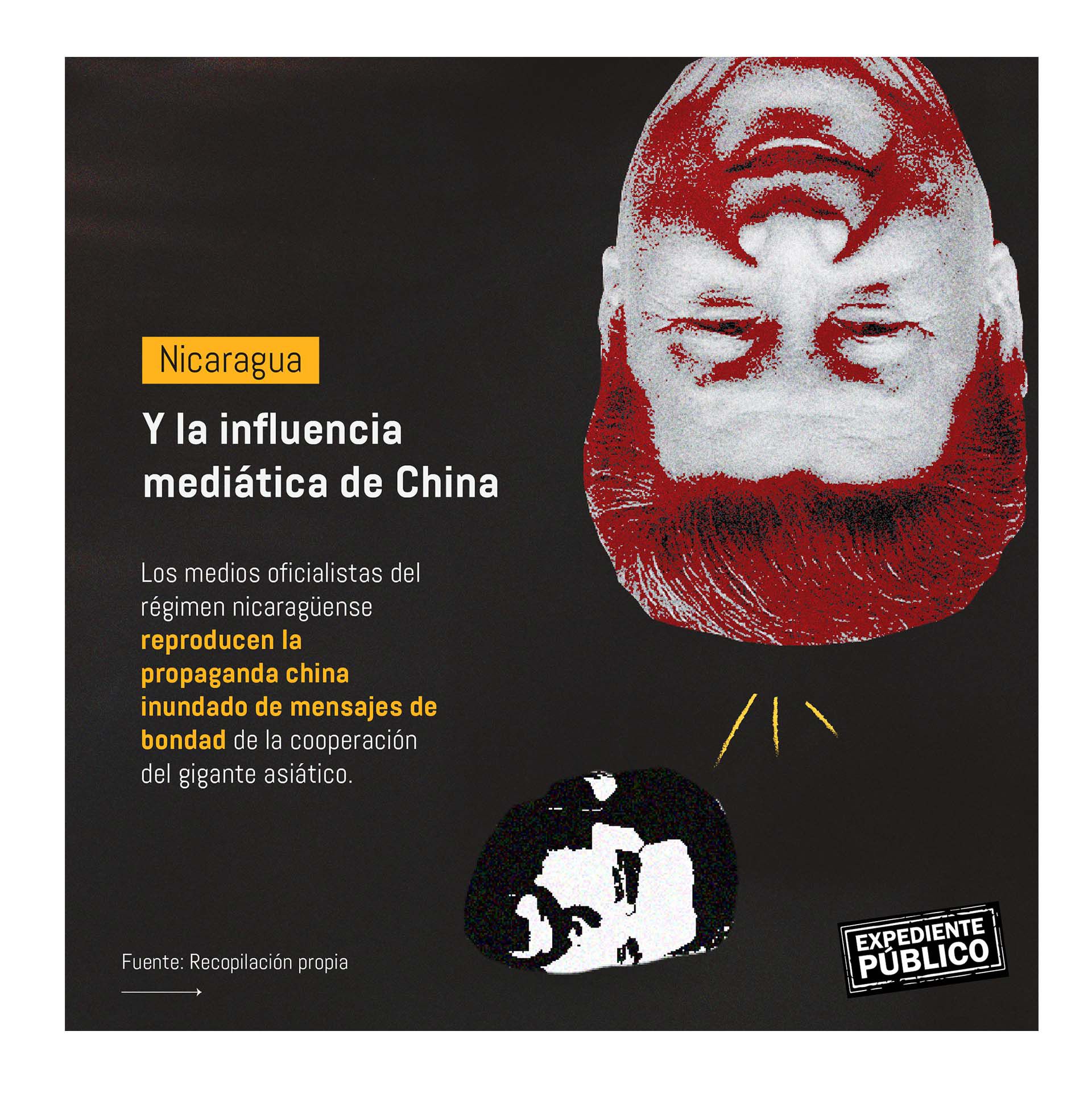 Entities connected to the People’s Republic of China are authorized vendors to supply technology-related equipment or services to Nicaraguan government, military, or security services.

In addition, politicians or government employees have made trips to the PRC, paid for by the Chinese government or entities.

China index: which is the Latin American country with the highest penetration of the Xi Jinping regime and how it does it