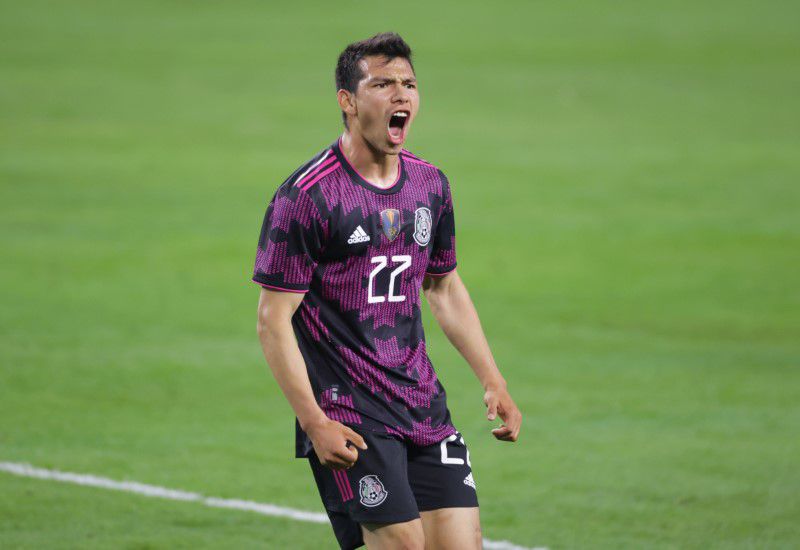 The Mexican footballer Hirving Chucky Lush appeared on the scene in the television series that the platform of streaming Netflix released, this is the third season of Narcos: Mexico. In the last chapter he includes a notorious error, which was discovered by the followers of the series and in which the player is involved.

During the last episode of the third season of the aforementioned series, the story of the drug trafficker is told Amado Carrillo Fuentes, who is played by Jose Maria Yazpik. Within the shoot, you can see a scene in which there is an oversight in the scenography.

In the act, the camera closely follows one of the characters in the series, such as the actor Scoot McNairy, who plays and gives life in the series to an agent of the DEA, which name is Walter Walt Breslin. At that moment, they appear walking near a window, which is covered with newspapers, the curious thing is that in one of them appears the image of Chucky Lozano with the shirt of the Napoli.

It is worth mentioning that the filming is set in the decade of the eighties and nineties, so the error was evident as it was a recent photo, which appeared in the production of the Narcos series. This same mistake was pointed out by the followers of the plot through the social networks. The publications even reached the media in Italy, who at the time highlighted that Lozano appears in the Narcos: Mexico series, when the Aztec offensive signed with the Neapolitan team in the year 2019.

Hirving Lozano’s appearance was in a temporality error that was had during the recording. The negative comments around the detail that appears at the end of the third season, did not wait for the viewers and came to light after the signaling.

“I did not know that in the 90’s Chucky Lozano had already signed for Napoli (Narcos: Mexico)”, can be seen in one of the many comments.

It is clear that the appearance of the Aztec footballer was very out of context, since the youth squad from Pachuca was born in the year of nineteen ninety five, a little more than a decade in which the events in which that chapter narrates arose.

On the other hand, Hirving Lozano has become an important part of the scheme of Gerardo Martino with the Selection of Mexico. Despite the fact that in recent games he has not been able to score a goal and the team in general had a poor performance compared to what it had been showing.

Also, it should be remembered that will be suspended the next game they will play on their visit against the Jamaica national team, because he was admonished in the duel against Canada and, now, you will have to comply with a penalty match with the Tri, same with which you can see action again in matches against Costa Rica and Panama at Aztec stadium.

Finally, at the beginning of the Octagonal of the Concacaf, those led by Tata, positioned themselves as leaders, but after their recent matches against USA and Canada have fallen to the third position, which is equal in points with Panama, it only separates them two goals difference in favor of Mexicans.

The Mexican soccer team has had some setbacks in the first half of the qualifiers for the Qatar World Cup 2022. For the player that should not be a reason to “Cut off heads” in the next calls.

“In Mexico they want to cut heads as always, but that’s not the way it is, it is a process. If you analyze the games we have had, you can see how we have played, how we have surpassed the United States in the game, but they are very silly oversights that we have to improve, but I am calm because in general in the game we have been superior to them “, Chucky assured at a press conference.