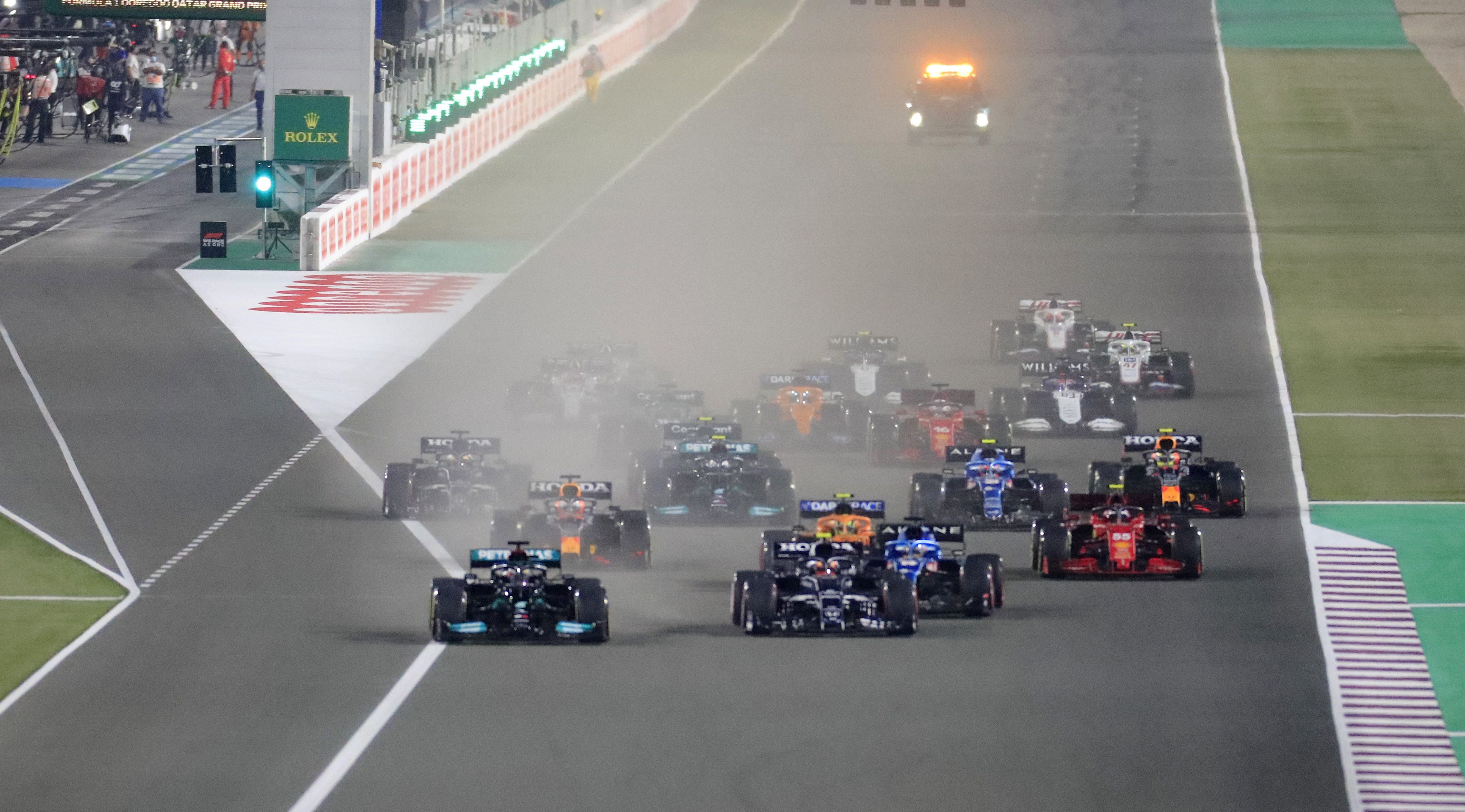 There are only two dates left to finish the championship of the Formula 1 which is still led by Max verstappen, but triumph that Lewis Hamilton achieved this Sunday in the Qatar Grand Prix it was key to reducing the difference that the Dutchman takes from Red Bull. Mercedes’ English was only eight points behind his rival when there will be 52 units in dispute.

The definition is red hot and he grew in excitement due to the last two victories of Hamilton who debuted a new combustion engine in the San Pablo Grand Prix which enhanced his possibilities, although this weekend at the Losail racetrack he kept that booster and ran with the one he used to Mexico. However, the performance of the W12, the car of the Briton, was overwhelming.

Verstappen leads the tournament with 351.5 points against Hamilton’s 343.5. In each of the two remaining appointments, 26 units will be at stake: 25 for the winner of each race and one for the one who sets the lap record. There will be no sprint race, so those extra points will not be at stake.

On the next date, December 5, it will be another new circuit for everyone (as happened in Qatar) since Saudi Arabia will debut on the calendar with the brand new street circuit in Jeddah, where details are being finalized and it would arrive with just enough.

On the last date, a week later, the championship will end in Abu Dhabi, whose stage, Yas Marina, underwent modifications and will also deliver alternatives.

Can Verstappen consecrate himself in Saudi Arabia? Yes. Will have to win and Hamilton be seventh or worse. Or also get a difference of 26 points to Hamilton. If on the last date Lewis wins the race, he achieves the lap record and Max does not add units, although they will be tied, the Dutchman will be champion because he will be left with one more victory, he has 9 and the Englishman this Sunday reached 7.

In the current context it is unlikely as Hamilton performed well with his car at Losail and Verstappen was one step behind with his Red Bull. This weekend Lewis made pole position and won from end to end. He only lacked the lap record to achieve his seventh Grand chelem, which is when a runner achieves qualification, leads all the laps of the race and achieves the fastest lap. The British has 6 Grand Chelem and is 2 behind the remembered Jim Clark.

Can they arrive equal in points to the last date? Yes. For that Hamilton will have to win in Jeddah, set the lap record (25 for victory 1 per fastest lap) and Verstappen be second. Thus both would remain with 369.5 points. That way, whoever wins in Abu Dhabi will be champion..

We must add the extra seasonings as any controversy that may arise due to the complaints and appeals that were in recent races. For now, an archived issue is the cross accusations about the rear wings, an issue that the International Automobile Federation (FIA) dismissed.

The concrete thing is that it is the most compelling championship in ten seasons, if the added value is taken that there are two different teams, something that happened in 2012 with the agonizing definition in Brazil between Fernando Alonso (Ferrari) and Sebastian Vettel (Red Bull), who that year shaped his third crown.

While in 2016 Hamilton and Nico Rosberg They also defined the title on the last date, the duel was between two teammates, when the German was able to win the arm wrestling against the British.

Can Verstappen end Hamilton’s reign? The most viable thing is that you have to wait three weeks to find out and in the context of speculation, tensions, wars declared between teams and the accounts for the scores there is a certainty: the definition will be exciting.