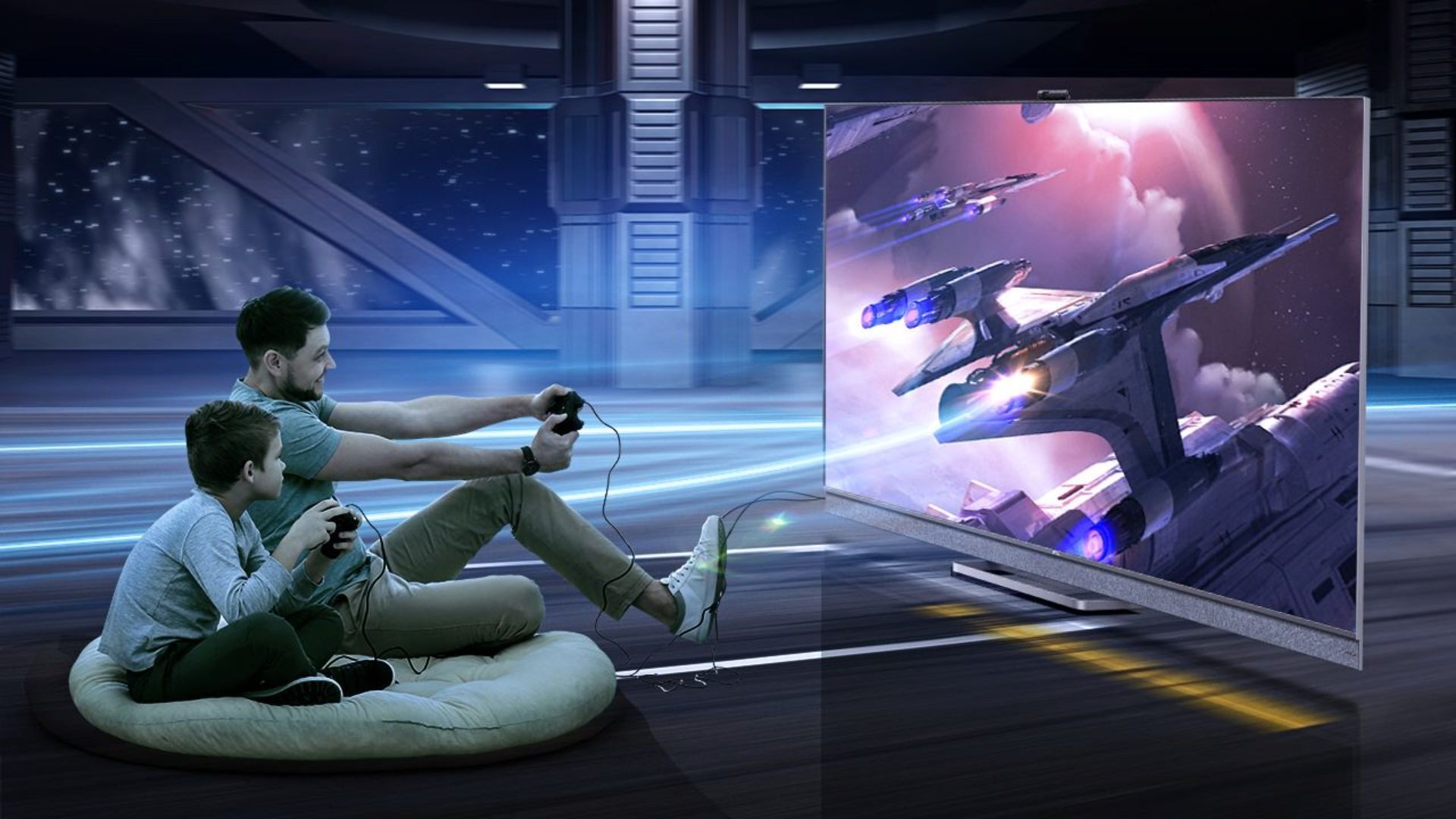 At the beginning, the televisions fulfilled only the task of presenting the programs of the local signal or by cable, but later were including more options for use such as the use of video game consoles, VHS or DVD.

These are some aspects that should be taken into account when buying a gaming television:

If what you are looking for is a television to entertain yourself playing some of the most exciting titles of the moment, it will be necessary to check the refresh rate of the device you are looking to acquire, since this characteristic will define the user experience and even its performance in games .

yesIf a smart TV does not have the appropriate refresh rate, it will delay the actions that occur within the video game and the commands given by the user.

In this case adequate performance will be 144 Hz per secondwhich is the highest rate that exists in the market, perhaps televisions with this special feature are more expensive than the rest, but you can always look for some economy within the gaming sector if you wish.

Hertz also known as Hz is a method of measuring units of frequency, in practical terms 1 Hz would be equivalent to one image update cycle per secondwhich means that a gaming TV with the aforementioned specifications will update 144 times in one second.

This refresh rate not only implies faster scenes but also contributes directly to image quality, and televisions with these characteristics implement ultra high definition systems.

Televisions that offer the most modern technologies in image resolution could be reviewed, although they are terms that can become complex to understand; A good indication is that concepts such as QLED or HDR+ are mentioned in the description of the television.

In general, the concept of QLED refers to television lighting systems that implement LED technology, Over time, very small elements known as nanoparticles have been added to these LEDs that seek to improve the brightness and colors of the image presented.

HDR in Spanish could be understood as the high resolution of the screens, so with HDR+10 more vivid, real and intense colors would be expected as well as a more realistic projection of the shapes, textures and lighting of a scene.

According to Samsung, “the exclusive Panoramic Game Vision screen is one of the main differentials of the QN90B, allowing a better visualization of the game, without hidden areas. With 21:9, 32:9 or 16:9 aspect ratio options, this feature provides a competitive advantage by expanding the view of the game, allies and enemies during the match.”

Features to protect the eyes

Video games usually catch people for a long time, so it is necessary to know the tools that modern televisions offer to take care of your eyes if you plan to spend long hours in front of the screen. With this it would be worth checking the options of anti-glare screens and automatic adjustment of brightness and tone according to the time of day.

Not only should the sound quality offered by a specific television be verified, it is also advisable to check the options it offers to connect other types of devices such as HDMI ports and the performance of the bluetooth service.

“The Neo QLED line’s Dolby Atmos sound design and technology, along with the 3D Sound feature, which allows the sound of the TV to accompany the sound of objects in the scene, contribute to a truly immersive experience for gamers” Samsung concluded.

The weirdest gaming chairs on the internet

Free games of adventures, strategy, shooting and more for this weekend