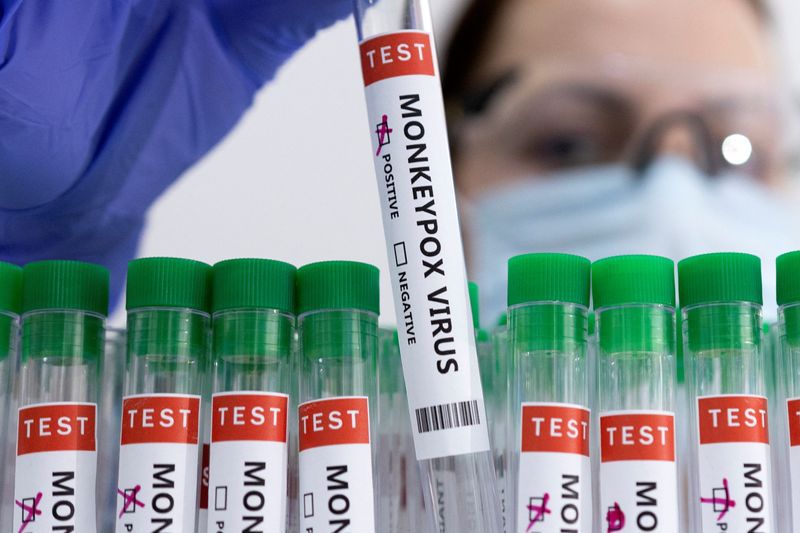 Monkeypox had reached Salt Lake County, in the US state of Utah, with two men testing positive after returning from Europe, the epicenter of a global outbreak concentrated in gay and bisexual men.

Utah County officials faced a dilemma. They wanted to warn men that they were at higher risk of exposure to the virus. But they feared unintended consequences: heterosexuals assuming they are not susceptible, closeted gay men in a heavily Mormon community avoiding going to the doctor lest they be seen as gay, and actors who would exploit the situation to sow intolerance.

It’s not just Utah officials struggling to find the right message. As the United States grapples with the largest monkeypox outbreak in its history, with nearly 50 probable cases, public health authorities face a delicate but familiar balancing act. In the 17 US cases in which the patient’s sexual behavior is known, all but one involved men who had sex with men, similar to what happened in Europe.

In Salt Lake County, Health Department officials consulted with LGBT+ rights advocacy groups and decided to reach out to gay and bisexual men without making the message about them. At a booth during the Utah Pride Festival in Salt Lake City this month, Health Department staff distributed business card-sized warnings about monkeypox urging people to avoid close or sexual contact with any person experiencing a rash or flu-like symptoms. The warning said nothing about the gay community.

“We don’t need to put rainbows everywhere and make it clear that it’s just for gay men because it’s not,” said Nicholas Rupp, who oversees public outreach for the Salt Lake County Health Department. “The virus, of course, is not interested in anyone’s sexual orientation.”

Authorities nationwide want gay and bisexual men to watch for symptoms, particularly rashes and lesions on or near their genitals, as they travel, party and gather in June for LGBT+ Pride month, which commemorates the uprising. of Stonewall of 1969 in New York that marked a moment in the fight for the rights of the community. But they also want to avoid creating the false impression that monkeypox is a “gay disease.”

The early days of the AIDS epidemic are weighing on public health and LGBT activists working on the monkeypox response. Public health officials at the time did not act urgently when HIV decimated gay communities in the 1980s and gay men were blamed for the epidemic.

The strain of monkeypox driving the current outbreak is rarely fatal and causes illness lasting several weeks, unlike AIDS, which was incurable and often fatal before effective treatments emerged in the 1990s. But even if monkeypox doesn’t pose a deadly threat similar to HIV, health officials don’t want to ignore any emerging disease threat that disproportionately affects gay men.

“From a public health perspective, it’s really important that we make sure that the populations that may be most at risk because of how this started are aware of the risk and how to stay healthy,” said Demetre Daskalakis, who heads the division of Centers for Disease Control and Prevention HIV/AIDS prevention program and participates in monkeypox outreach.

LGBT+ organizations in the US are mobilizing to deliver the message themselves.

Staff members at a clinic serving gay men in Chicago added monkeypox prevention to their regular public health outreach at the International Mr. Leather festival in May. The dating app Grindr has issued two monkeypox alerts in recent weeks. An LGBT+ community center in South Florida has scheduled a town hall meeting about monkeypox ahead of next weekend’s Stonewall Pride Parade and Street Festival after local authorities identified multiple cases.

Organizations are careful not to create panic. Monkeypox is easier to contain than the highly contagious strains of the coronavirus that are circulating because it is comparatively difficult to spread. Many of the cases identified in people in the United States have been linked to travel to Europe, where most infections have been detected, although the CDC warns that the virus also appears to be spreading locally.

Monkeypox had never been associated with gay men until the latest outbreak, when Canada, Spain, the United Kingdom and disease trackers in other nations noted that infections were largely, but not exclusively, concentrated in that group.

Experts said they believe it reflects the spread of the virus first through places frequented by gay men, including saunas and European Prides. They also cite two factors that could be making cases more likely to be detected in the gay community: regular testing for sexually transmitted diseases and healthcare providers being on alert.

“In a way, maybe we are victims of our own success that people are coming forward and our sexual health services are taking notice,” said Andrew Lee, a professor of public health at the University of Sheffield in Britain.

The virus is usually spread through close contact with someone with a rash or lesion, which includes sex, but can also include hugging, skin-to-skin contact while dancing or sharing contaminated clothing and bedding, or through droplets over a long period of time, such as between people. living in the same house.

Officials see a parallel with an outbreak of infection caused by Staphylococcus aureus methicillin-resistant virus, known as MRSA, about a decade ago. It was first reported among gay men before being detected in locker rooms and gyms; the bacteria spread through shared equipment and skin-to-skin contact.

“There are so many infections that were once thought to only exist in one population, and it ends up being quite wrong,” the CDC’s Daskalakis said, highlighting the stigma attached to Asians early in the coronavirus pandemic.

The World Health Organization has repeatedly emphasized that monkeypox is not a “gay disease” and has encouraged Pride celebrations. LGBT+ activists have criticized news organizations that emphasize gay and bisexual men in their headlines and coverage over the monkey virus.

“One of the most shocking things wrong with the early message about AIDS is that it was either a homosexual-related immune deficiency or that it was not transmitted heterosexually or from mother to child,” said Daniel R. Lucey, a member of the Infectious Diseases Society of America who began his medical career treating AIDS patients in San Francisco. “It’s clear that everyone wants attention to avoid the trap of blaming a certain population, in this case gay men.”

But some cultural observers worry about overcorrection leaving gay and bisexual men in the dark about the viral threat.

“Early in the AIDS crisis, public health officials and news reporters didn’t raise the alarm about a new disease because they didn’t care about gay or bisexual men, they didn’t care if we lived or died,” sex columnist Dan Savage recently said on his podcast. “Now, they’re not raising the alarm because they care about us too much, so much that they don’t want to hurt our feelings or accidentally hand out ammunition to anti-gay zealots.”

Jim Downs, a gay historian who has written on the history of infectious diseases, including HIV/AIDS, said the obsession with avoiding stigma could undermine efforts to raise awareness.

“Be concerned about allocating the resources to the gay community so they can get the word out,” Downs said. “We have a history where the community has been an effective force in promoting public health.”

The legacy of AIDS has created a strong network of public health organizations in the gay community, a reflection of how the community often stood alone in promoting condoms and pressuring pharmaceutical companies to develop AIDS treatments. . Condom bowls and STD literature are fixtures at gay clubs, as are HIV outreach kits at gay spaces known for sexual activity. On Grindr, it is common for users to include their HIV status and whether they use prevention pills to reduce the risk of transmission in their profiles. The International Mr. Leather convention, known as IML, in Chicago over Memorial Day weekend featured one of the first tests for organizations to adapt to monkeypox. The LGBT+-oriented Howard Brown Health Center regularly sends workers to the annual event to distribute condoms and offer rapid HIV testing. In response to monkeypox, community workers urged people at the festival to get tested and consider testing their partners before having sex in the dark.

The White House held a call this month with advocates and nonprofits working with gay men to discuss messaging and outreach. “How different from 1981 and HIV,” said Peter Staley, a veteran AIDS activist who was on the call. “If the White House had reached out to the gay community in this way with the first reported cases in June and July of 1981, we certainly would have had a chance to turn it into an epidemic that is a fraction of the size that it ended up being in the United States. .” Some organizations say the small number of monkeypox cases so far does not guarantee a full response at the same time that HIV and coronavirus are more prevalent. “Interventions that work for both Covid and HIV will go a long way toward preventing the spread of monkeypox,” said Alexis Sanchez, director of advocacy and training at the Sacramento LGBT Community Center.

Five cases have been detected in Sacramento County, including close contacts of an international traveler. Those cases come against the backdrop of the county being designated by the CDC as having high levels of coronavirus, triggering a mask mandate in some schools.

“Especially in Sacramento, with an increase in covid, a person is more likely to get covid. Which doesn’t mean that [la viruela del mono] It’s not on our radar, but it’s not our top priority,” Sánchez said.

Some activists want LGBT+ and HIV prevention organizations to do more to spread warnings about monkeypox symptoms and help quell the outbreak. “This is an emerging crisis, and we can contain a virus that is now spreading in our community. There is no reason to stay on the sidelines,” said Gregg Gonsalves, an epidemiologist at the Yale School of Public Health and a longtime AIDS activist.

Monkeypox: Vaccination started in several countries to contain the outbreak

Monkeypox could also be transmitted through the air, like COVID-19

Guide for Monkeypox Patients: Avoid Sex and Contact with Pets