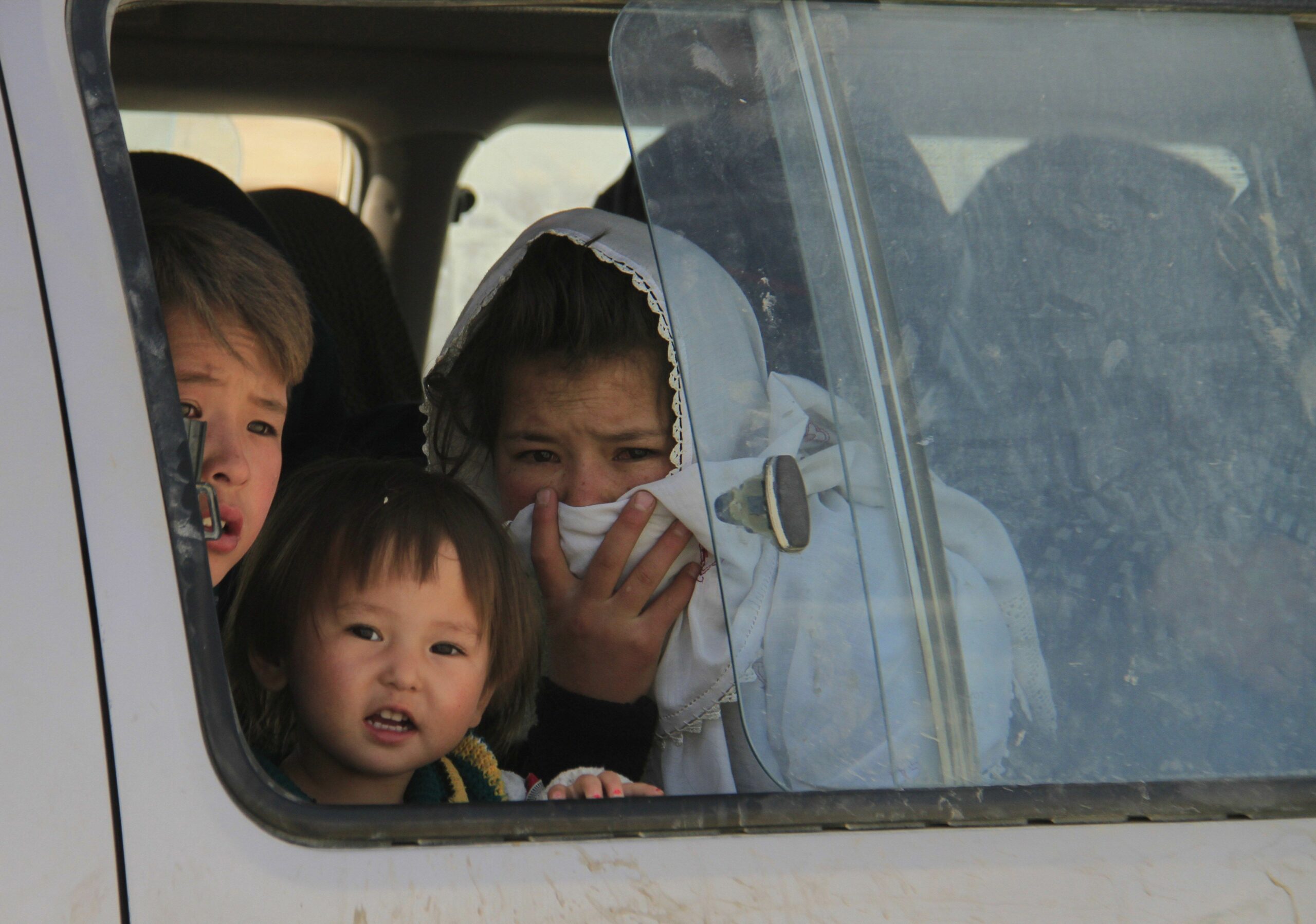 It is the end of July 2022 and Rome’s Fiumicino airport is decorated with balloons, flags and confetti. Music plays on the loudspeakers and one of the main halls is hosting a press conference. Just landed the Boeing 787 from Solidaire, Enrique Piñeyro’s NGO, and little by little they begin to disembark 217 women, children and adults from Afghanistan.

They are families who escaped from the Taliban regime, arrived in Pakistan and after a long admission process received permits to arrive in Italy. And now they enter the airport while some Italian volunteers give them bouquets of flowers so that they can start this new stage of their lives with joy. And while they organize themselves and the authorities begin to check the passports, at the press conference now everyone listens to Enrique Piñeyro, who in perfect Italian – he was born in Italy – makes a strong claim to the European Union.

“The important thing today is to understand and establish that these humanitarian corridors are very important because deep down all borders are artificial divisions, normally designed on the basis of blood and violence. Today we brought many women who are being persecuted just for being women, girls who have been locked out of their own future. Hopefully that future opens today. And thanks to Italy that receives them. But…”. At the but there is a pause. Europe has an ambiguous policy when it comes to refugees: it has opened its doors to all Ukrainians fleeing war, but it is not as hospitable to refugees fleeing conflict in African countries.

“It is important to understand that refugees are all the same, whether they come from Ukraine, Afghanistan, or North Africa,” follows Piñeyro, who is working to establish a series of humanitarian corridors around the world to assist people fleeing war.

“For countries to host refugees, humanitarian corridors are needed. They are corridors that still need to be explored, between ports and airports. You need that pass. We are already working together Open Arms and Solidaire, they by sea, we by air. We can do many things if the States guarantee these humanitarian corridors”, he concludes.

According to UNHCR (the United Nations Refugee Agency), there are today more than 100 million people in the world who have been forcibly displaced from their homes. Approximately half of them were internally displaced within their own country, and the other half had to leave in search of a new destination. The main conflicts today are in Ukraine, Yemen, the Republic of Congo, Syria, Afghanistan, Ethiopia, South Sudan, Myanmar, Venezuela, Honduras, Nicaragua, and many others: there are 60 reported armed conflicts around the world.

Turkey, Poland, Colombia, Uganda, Pakistan, Germany and Bangladesh are the countries that have the most refugees today. The conditions are not always the same, and in a few cases these countries appear in the destinations of the refugees as final destinations. Most seek to reach countries where they have friends or family or some specific opportunity. But too often the journey turns wild and they don’t make it to their destination, either because they are trapped for years in a refugee camp, or because they can’t make it across the road.

Since 2015 to this part, the Catalan NGO Open Arms has been dedicated to rescuing migrants from the Mediterranean. Already They rescued about 60 thousand people, and right now, as this note is being written, his two ships are looking for barges in the middle of the sea to bring them on board and take them to the nearest shore. According to the international treaty for refugees, migrants who are shipwrecked on their way to their new destination should be considered refugees in the country closest to the one where they were found. In many cases, for those who flee from Libya -to North Africa- through the Mediterranean, that destination is Italy.

But in Europe the doors are not always open. Many times they are returned (which is illegal), and many others are left in limbo in the refugee camp. Piñeyro and Óscar Camps’ proposal is simple but revolutionary: to secure roads from the port to the airport so that refugees barely rescued from the sea can be flown to a third country that is willing to receive them with open arms.

To achieve this They have just signed an agreement with the provincial government of Saskatchewan, in Canada, by which they commit to carrying at least three more planes with Ukrainian refugees, but the intention of both Piñeyro and Camps (as representatives of Solidaire and Open Arms), is to extend that agreement so that they receive refugees from many other countries.

Also, they seek to expand the network of agreements to other countries that have conditions and a tradition of receiving immigrants. If this were to happen and coordinated sea-land-air humanitarian corridors were created, the number of people waiting for a destination would be drastically reducedand there would be happy endings much sooner than they come today, if they come at all.

“We cannot hold people seeking refuge in overcrowded refugee camps for decades. That was not the objective of the figure of the refugee or of the charter of human rights. You have to look for destinations that receive refugees and that need a new population, for example. Some have a tradition, like Canada, Sweden, Norway, Finland… There are children who are five or six years old who have been born in a refugee camp that was supposed to be a transitory place. That cannot continue to happen”, says Óscar Camps.

Before saying goodbye to France, where he will board one of the Open Arms rescue ships, he leaves a shocking definition: “We have become so sensitive to everything that we want to end the zoos, the circuses, but we are not moved to know that there are hundreds of thousands of children trapped in human zoos. They are children in captivity and with few rights, in conditions similar to those of animals. We have to empty those fields, get the families out of there and find a place where they can evolve. The future supposes that they have legal and safe ways to move, without having to throw themselves into the sea and put their lives in danger, and without giving in to the organized crime of migrants.”

Piñeyro, for his part, explains that the intention of his NGO is to act where the states do not act, and as a direct action organization they have the advantage of not depending on the bureaucracy to which many other institutions are tied.

After already 13 humanitarian missions in which moved nearly 3,000 people from Niger, Poland, and Pakistan (all from different countries in conflict), says that the common factor is always the condition of victims: none of those who migrated wanted to do so or caused the crisis in their country: “Politicians make, unmake, give orders, the military they comply… but when you take a woman on the flight who has just buried her husband in Mariupol, then you realize what they are generating. They would have to see it to become aware of what they cause. They don’t care about anything, not the well-being of the people of the Donbas or anywhere,” she says.

The last trip they took just happened: 205 Ukrainians were brought from Warsaw to Regina, in the province of Saskatchewan, Canada. There, the families were received with an impressive welcome operation that included free cell phone lines, bank accounts, employment services, housing, loans, free education, and many other possibilities. In addition, the agreement described above was signed and there were talks to expand it. No one knows where this effort will end, but the world shows that it is increasingly necessary.

One year after the Taliban return to power: Infobae with the terrified women fleeing from Afghanistan

Forced to become a mother at the age of 8, she became a respected surgeon but had to escape the Taliban to save her life.

20 photo stories of the children, women and men who fled the Taliban in Afghanistan