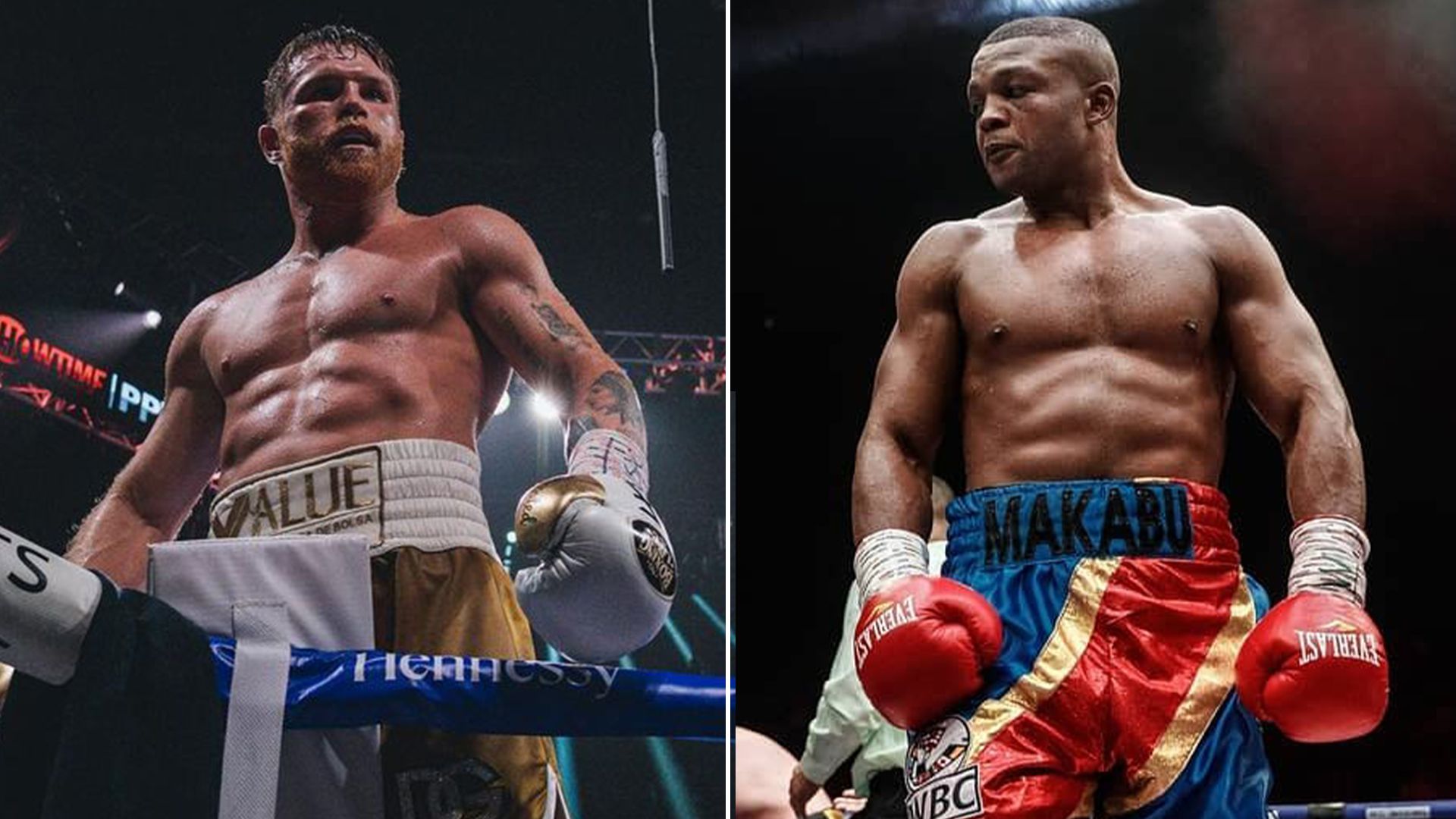 Against all odds, the coach of Saul Alvarez, Eddy reynoso, requested last Tuesday, November 16, a permit before the World Boxing Council (CMB) for his pupil to rise again in the division and thus be able to challenge Ilunga Makabu for the cruiserweight belt.

This challenge will mean that the tapatío boxer will have to gain around 14 kilos in order to be in the Congolese division, so after confirmation, he will go through the most complicated physical challenge of his career so far.

With the aim of becoming the first Mexican to be proclaimed champion in five different categories, Canelo will be measured against an experienced champion from the Democratic Republic of Congo, Ilunga Makabu, who has already spoken about it and left a strong message addressed to Saúl and his health.

In words offered for Fight Hub TV, the Congolese champion began by saying that his personal motivations will make him a very strong rival for the Mexican, so he was confident of his abilities and even dared to call him crazy Canelo for challenging him.

“I could say that Canelo is crazy because he’s challenging a very dangerous man like me. He got in the way of someone who has him in their sights, who is pursuing a very big dream and I will be waiting for him ”, he declared last Thursday.

But the statement that could begin to ignite this nascent rivalry was when he referred to his intentions on the ring, as he assured that he will defeat Saúl through the chloroform route.

“I will make people love boxing by seeing me and I’ma give Canelo what he’s looking for, a good fight, something people will remember“Said the 34-year-old boxer, just before revealing what some of his strategies will be to defeat him in mid-2022.

“Everyone knows who he is Alvarez and how he fights, but they know very little about me, I am capable of boxing, defending, being a technician, hitting hard, let’s see if Canelo resist”Declared the Congolese, who holds a record of 28 victories and only two defeats. The first of them occurred in his professional debut in 2008; while the last one occurred in May 2016.

Due to the fact that the man from Guadalajara will get into unknown territory by having to gain weight radically, the forecasts of several specialists are reserved, since he will also have to deal with the height of Mukaba, who reaches the 188 centimeters tall.

Threats from Makabu are held in a common denominator of their results, since of the 28 victories he owns, 25 of them were awarded before the 12 rounds, making him a specialist in ending bouts by knockout.

Despite the good performance in his record, two of his last three fights had to be won by decision. One of them, before the Russian Alexei Papin in August 2019, she was even taken by split decision; However, it served him to retain for the first time his WBC cruiser belt.

The main conflict suffered by the history of Mukaba is that his two defeats came by way of knockout and at a very early stage of the fight. First against the South African Khayeni hlungwane, fell to 30 second of the first round in 2008; while the second defeat came in the third round before the british Tony bellew, in May 2016.

Canelo Álvarez already has a rival: he will seek the cruiserweight belt against Ilunga Makabu

Canelo Álvarez wants to fight in Mexico by 2022: “We are putting it together”